90 Day Fiancé: The Other Way – Meet the new and returning couples 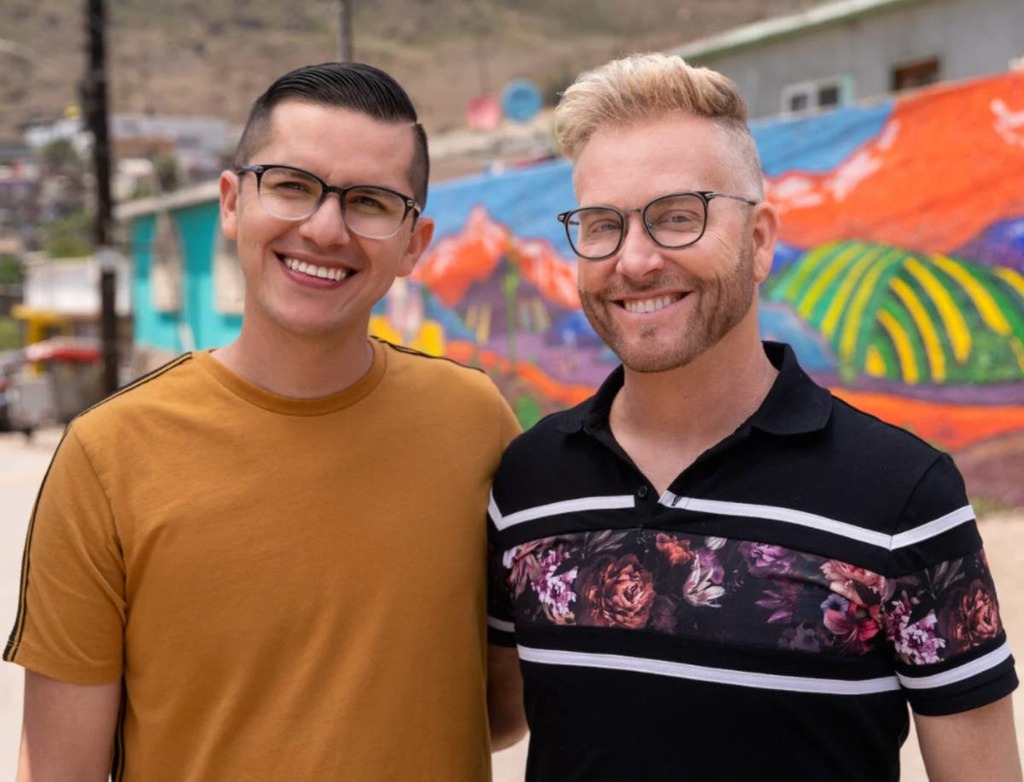 As the latest season of 90 Day Fiancé: Happily Ever After comes to an end, TLC recently announced the upcoming premiere of separate spin-off show, 90 Day Fiancé: The Other Way .

The show, which follows “American men and women who fall in love with partners from distant lands travel to their home countries to begin their married lives abroad”, is now in its third season and is considered by fans to be the best of the franchises several spin-off shows.

Since premiering in 2014, 90 Day Fiancé has received high audience viewer ratings, more than almost any other cable television show in the US according to recent viewing figures. Its two spin off shows, Happily Ever After and The Other Way, have similarly high ratings.

The full cast for this year’s The Other Way show have now been revealed.

Steven, 25, is a devout Mormon who gives up his life in Utah to be with Russian Alina, 20. The pair met on a dating app a year ago and have had to overcome significant travel hurdles to be together due to the pandemic. The pair are young, immature and carefree – and look like they’ll soon become a new fan favourite.

Ellie, 45, is from Seattle and travelled to be with Victor, 38, in South America. The pair have dated for two years long-distance before Ellie moved to Victor’s home in Providencia, Colombia. In the season’s trailer, the pair have shown to be suffering from significant trust and money issues. Ellie has given up her restaurant and life in Seattle to move to the small island (viaVulture). Despite lies and multiple warning signs, Ellie is convinced she’s found her true love; viewers already seem sceptical.

Kenneth and Armando, who first appeared on season two are back, after marrying last May. The pair were the first gay couple to feature in the franchise in 2020 and the show followed their emotional journey from coming out to setting up their life together. Series three will focus on them planning “the wedding of the year” in Mexico as they deal with challenging homophobia issues. The couple also look to be struggling with further hurdles this season – such as Kenny’s inability to learn Spanish. Hannah, Armando’s daughter from his first marriage, is also big part of this season – as are discussions about expanding their family.

Another returning couple in the show include season one’s Jenny, 63 and Sumit, 33. Jenny is now living in India full time and is seen learning Indian customs via Sumit’s mother. Sumit’s family still aren’t happy about the match and don’t want him to marry Jenny. Nevertheless, she has moved to India on an extended visa and the pair are trying to settle together long term. However, an explosive clip from the seasons new trailer suggest all is not well: the couple are seen in a heated argument which results in Jenny storming off.

Corey, 34, and Evelin, 28, also from season one, make a return. The pair are planning a wedding after lockdown was lifted in Ecuador but face further relationship issues after Corey admitted to almost being unfaithful when the pair were on a break. In season one, the pair were constantly breaking up, sleeping with other people and getting back together. Now, Corey seems more into the idea of marriage than Evelin; with all her friends advising her against it too, it’s hard to see this pair making it. However, the new season trailer shows Evelin trying on wedding dresses, giving fans of the couple some much needed hope.

Ariela, 29, and Biniyam, 31, from season two are the final returning couple. The pair are still living together in Ethiopia eight months after welcoming their son Avi. The season will also explore Ariela’s friendship with her ex-husband of 10 years and how that impacts her marriage. In the season three trailer, we see her ex travel to see them both in Ethiopia. In one scene, Biniyam is boxing with her ex-husband and the ensuing scene looks to be one of the most tense of the season.

The show will return on Sunday 29 August from 8 pm ET/PT.

Each new episode of the show will be available to stream on Fridays, exclusively on Discovery Plus.