9/11: The Bristol couple who watched Flight 175 pass over their heads 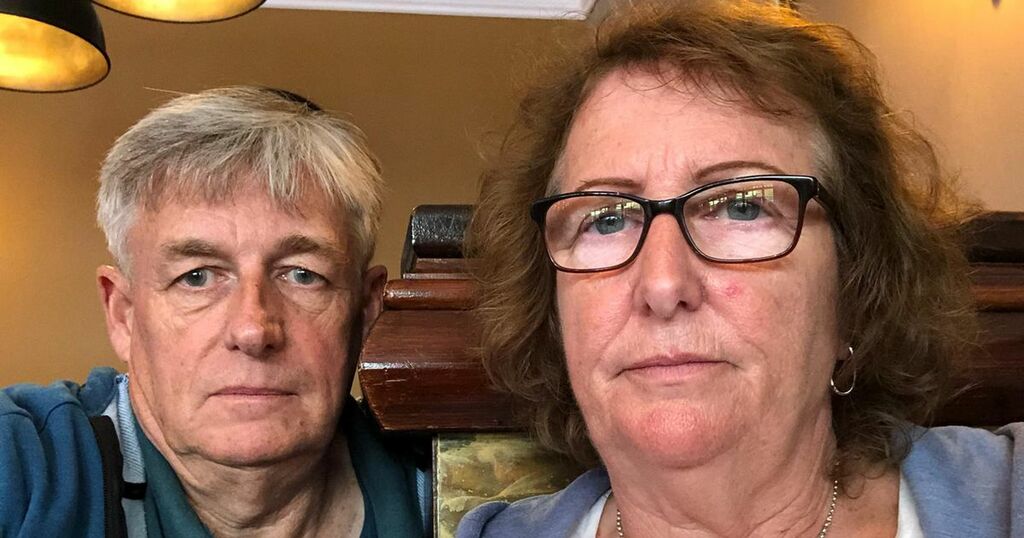 A south Bristol couple have shared their "terrifying" experience of witnessing one of the 9/11 attacks.

The couple were around 300 yards away from the South Tower when a plane hit the skyscraper. The moment came 25 years after they wed, almost to the minute, allowing for time difference.

Gary and Jane, both 66 now, had arrived in New York on September 10, 2001. The next morning, they were enjoying a walk through the city and planning to visit the Statue of Liberty.

They did not see the American Airlines Flight 11 go into the North Tower at 8.46am, but they witnessed the large fire service, police and ambulance response.

Jane, who worked for an insurance firm at the time, told Bristol Live: "A man was coming towards us from the direction of the World Trade Centre. We must have looked as though we were on holiday. He said, 'Ma'am, the Twin Towers are on fire.'"

The couple did not know what the Twin Towers were at the time. They continued walking but could not see the burning building, which was obscured by smoke.

"All these workers were on top of buildings looking down," said Gary, who was then a mechanic. "We still didn't have a clue what was going on."

Jane added: "We were 300 yards away in the end, when they put railings across the road. We were there a short time but I started to get panicky and said, 'Let's go back to our hotel.'

"Because there was so much smoke, we still hadn't seen the plane. If we'd gone past that area, we probably wouldn't be here to tell the story.

"We started walking back, and as we started, the second plane literally went over our heads. It was very clear, it was so low. The noise was terrifying."

American Airlines Flight 175 was flown into the South Tower at 9.03am. Jane and Gary were facing away from the tower as the plane went over their heads. By the time they turned around, it had already struck.

"My mum and dad were looking after our son at home. They knew we were over there and we just wanted to say we were alright. We were looking for phone lines but none were available."

Gary added: "As we walked back, there were loads of TV screens and all were showing the plane going in. You could even see it playing in McDonald's. It was playing everywhere you went."

Eventually the couple were able to let their family know they were safe. They spent almost all of the following four days in their hotel room.

"The police were on every corner and you had to say where you were going," said Gary. "Even a couple of days later you could still smell the smoke outside. There was still that horrible smell in the atmosphere."

Jane said: "They shut all the bridges. It was awful. Everyone was walking round with candles, and these big boards saying 'have you seen this loved one?' It was terrible."

Gary described it as "like a ghost town", seeing no cars and only the occasional taxi on the roads over the following days.

"The last day we were there, we managed to go up to Central Park, and we walked around with masks on," he said. "Outside the fire station, there were flowers 30-40ft all around."

Jane added: "It was so sad being next to the fire station after firefighters had been killed. Everyone was walking round with candles and masks."

The couple had planned to visit New York for four days, but they had to wait an extra day to catch the first available flight back.

Jane said: "When we went to the airport to come home, they couldn't guarantee us a flight. The people going home first were those who'd lost their loved ones.

"Our travel agency, Thomson, were very good. They paid for a counsellor to speak to us. I would have paid anything to go home. I was thinking we could go on a boat.

"We eventually managed to get on a plane, and it had the same stewardesses who had taken us out there. Everybody was nervous, even though it was obviously the safest flight you could go on."

The couple were warned reporters would be present when they arrived at Heathrow Airport, but because the first flight back had touched down earlier, there turned out to be no media waiting for their plane.

Gary said: "We'd lived in the same close for donkey's years and we knew a lot of people there. When we got back, they all came out asking what was going on."

Jane added: "We've lived there a long time and our neighbours just couldn't believe it. They just wanted to speak to us and ask what we had gone through.

"Where I worked as a clerical assistant, on one particular day [after returning from New York] our fire alarm went off and I was in a panic. Everyone there was really considerate."

Jane had vowed never to return to New York City, but 13 years after the attacks she and Gary went back to visit his cousin, who had moved to the area. The retired couple believe that returning helped them to move on from their experience.

The attacks continue to have an impact on Jane, who says she "still feels it" every time September 11 comes around.

"I'm a bit of an anxious person anyway, and I do think about it," she said. "This year I'm fortunate enough to be going to Weymouth for a couple of days.

"I wouldn't want to be going to London or anywhere like that at the moment. Being in Weymouth will take my mind off it, but it's still there."