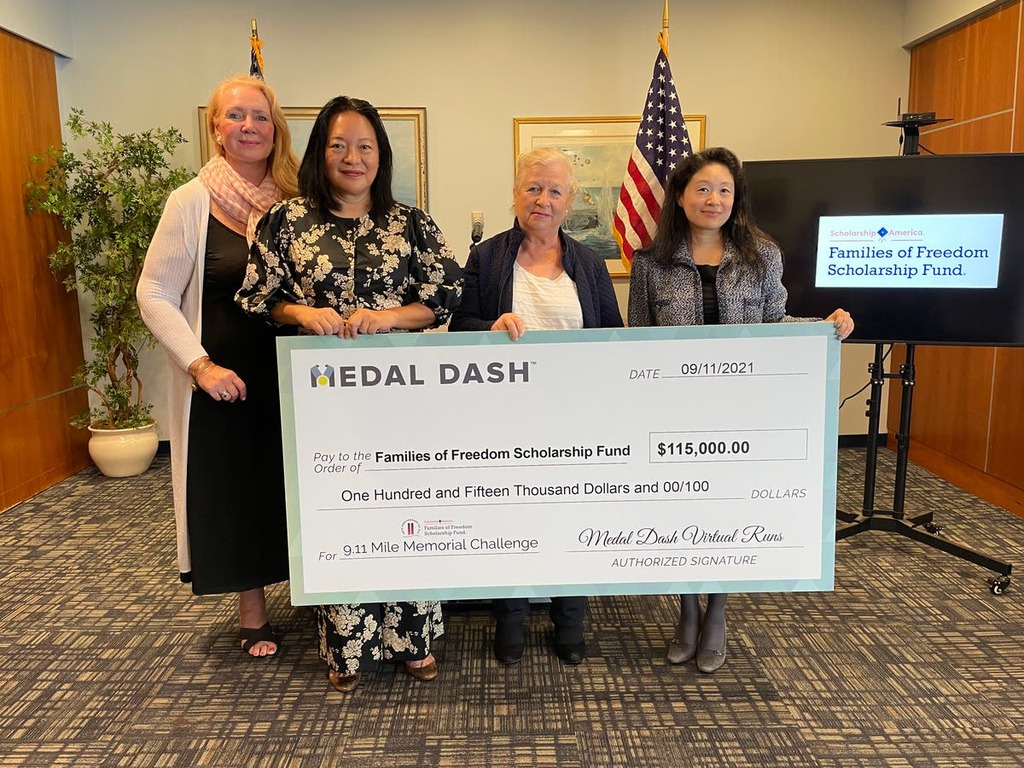 A scholarship fund created in the wake of the 9/11 terrorist attacks to benefit children of victims has set a new fundraising target of $25million as the number of students needing support continues to grow.

The Families of Freedom Scholarship Fund is the largest fund for children whose parents were killed or left permanently disabled in the attacks, reports the New York Times.

To date the fund has raised more than $180m and supported nearly 3,800 students.

However as the years passed, the number of eligible students needing support grew. Children came of age to need the support, and tragically, rescue mission responders continued to be impacted by 9/11-related illnesses.

On the 20th anniversary of the attacks, the fund announced it is aiming to raise an additional $25m to support another 3,000 students who have applied for the scholarship.

"One of the most patriotic things you can do during the 20th anniversary of 9/11 is to ensure students whose families were directly impacted by September 11 get the support they need," said Rhianna Quinn Roddy, executive director of the Families of Freedom Scholarship Fund.

"We are calling on all Americans to remember the students who we made a promise to years ago. We need you because nearly 3,000 students still need us."

In a video message to support the fundraising drive, former President Clinton said: “Tragically, the number of children who lost parents because of 9/11 continues to grow as more and more first-responders lose their lives due to illnesses caused by breathing toxic air during the rescue efforts.”