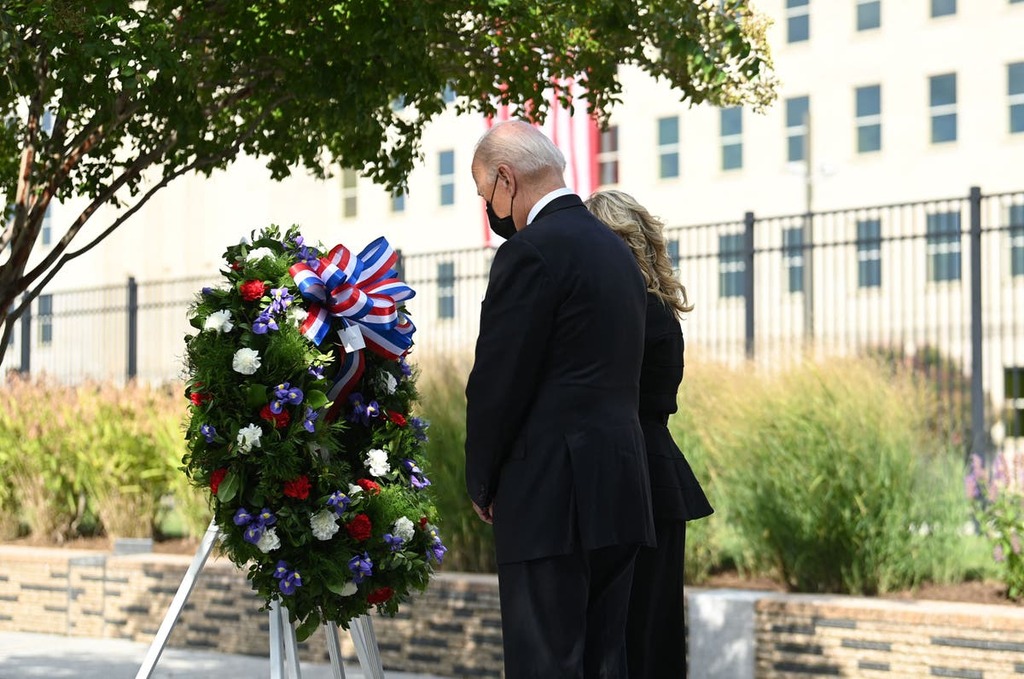 George W. Bush says US faces violence threat 'from within' at Pennsylvania 9/11 memorial

Joe Biden visited the Pentagon to attend a wreath laying ceremony with First Lady Jill Biden. The president spent the majority of Saturday attending memorials, first at Ground Zero in New York, then at the Flight 93 memorial in Shanksville, Pennsylvania, and finally at the Pentagon in Washington DC.

Mr Biden praised former President George W Bush’s speech during an unannounced stop at a Shanksville, Pennsylvania fire department. Mr Biden commended Mr Bush for encouraging American unity, calling it “a genuinely good speech, about who we are, we’re not.” He went on to say that “he core of who we are is not divided, it’s just this notion of, I don’t know how to explain it.”

Former President Donald Trump did not visit Ground Zero Saturday to attend the 20th anniversary ceremony commemorating the 9/11 terror attacks. He did release a video earlier in the day attacking Joe Biden for the Afghanistan troop withdrawal, and later visited an NYPD precinct where he visited with police officers. During his visit to the police precinct he hinted that he would run for president again in 2024.

Vice President Kamala Harris and former President George W Bush addressed families at the United Airlines Flight 93 memorial in Shanksville, Pennsylvania, where a memorial recognises passengers who brought down the plane after learning two others had been used to attack the World Trade Center in New York on 11 September, 2001.

An earlier ceremony at the site of the World Trade Center collapse in New York City recognised the victims who were killed, as the names of the nearly 3,000 victims were read aloud over several hours. Former presidents Barack Obama and Bill Clinton also attended the ceremony.