Descendants and families of those who died in Australia's worst maritime disaster have gathered at the Australian War Memorial in Canberra, to mark the 80th anniversary of the tragedy.

More than 1,000 Australians, including soldiers and civilians, died at sea on July 1, 1942 when the Montevideo Maru was sunk.

The Japanese Prisoner of War ship was transporting Australians and others to Hainan Island when it was sunk by US Navy submarine the USS Sturgeon.

The Sturgeon fired its four torpedoes at the Montevideo Maru. Lifeboats onboard the vessel were launched, but all capsized. The ship sank in less than 11 minutes.

All 845 allied prisoners of war and 208 civilian prisoners on board died, and barely 20 of the Japanese crew survived.

It became the greatest loss of Australian lives at sea.

Many loved ones of those who were killed in the disaster were not told of their deaths for years.

Some of those family members were among those who gathered at the Australian War Memorial on Friday, as well as Deputy Prime Minister Richard Marles, who lay a wreath on behalf of Prime Minister Anthony Albanese.

One such family member was Loloma Puls, whose father died on the Montevideo Maru.

She was born in Rabaul, but her family was evacuated to Melbourne in 1942 with her father left behind. She said her mother discovered her father had died by reading it in the newspaper.

“She later got a telegram from the minister of defence or somebody.”

She said the three years she was living in Melbourne while her father was in Rabaul had been difficult for her family, not knowing whether he was alive.

“Mum used to get a bit frustrated at Christmas time because one aunty and uncle used to like to listen to a lot of music on the radio and she was wanting to hear news,” she said.

Ms Puls said marking the 80th anniversary of the disaster had touched her more than she had expected it to.

"I was much more affected than I though I would be actually. I was just wishing Mum was here," she said.

'Remembering those people when their names are not on memorials'

Along with her position in the PNGAA, Ms Williams is a descendent of two men who were aboard the Montevideo Maru. Her grandfather and great uncle were both killed in the disaster.

She said commemorating the 80th anniversary of the Montevideo Maru disaster was about all the people who lost their lives in the disaster, not just the soldiers.

"Australia also lost a whole echelon of people, and it's remembering those people when their names are not on memorials."

She also used her address to recognise all those who helped Australians at the time, saying they would not be forgotten.

"We remember the many Papua New Guineans who so loyally helped our Australians … and we continue to be thankful for them," she said.

"We know that all those 1,053 men who died on the hell ship Montevideo Maru — including the 33 from the Norwegian vessel the Herstein — those who had extraordinary arduous escapes that took weeks and months, the Coast Watchers, the men and women who suffered the war years in prison camps in the New Guinea islands, the families evacuated, the fathers, grandfathers, uncles, and great uncles.

A tragedy locked in collective memory

Brian Dawson, the Assistant Director National Collection of the Australian War Memorial, gave the opening address at the commemoration.

He told the story of the vessel's sinking, and reminded the gathered crowd that many families had believed their loved ones to be alive and held as prisoners of war.

"According to the handful of surviving Japanese crew, the Australians in the waters sang Auld Lang Syne to their mates still trapped in the ship as it sank beneath the waves," he said.

"The families of those on board the ship were unaware of their fate until after the war.

Mr Dawson said he believed the Montevideo Maru disaster was one that would remain in the collective Australian memory.

"The story of the Montevideo Maru is short. The facts and events are clear. But the speed of the disaster, the loss of all the allied prisoners at sea, and the delay in the families receiving the news locks this tragedy in our collective memory," he said. 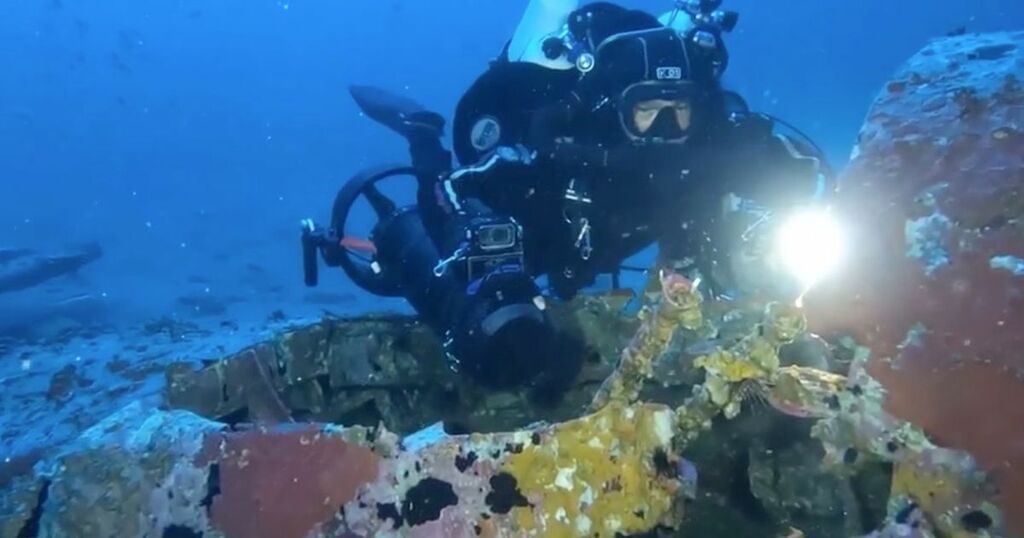 Australian author and essayist Frank Moorhouse has died over the weekend at the age of 83. He penned 18 books…

The Sinn Fein vice president laid a laurel wreath for those who died in the First World War battle.

As Australia approaches the grim milestone of 10,000 Covid deaths, we look at the people behind the numbers

While Sinn Fein mayors in Belfast have laid a laurel wreath in previous years, this was the first time the…