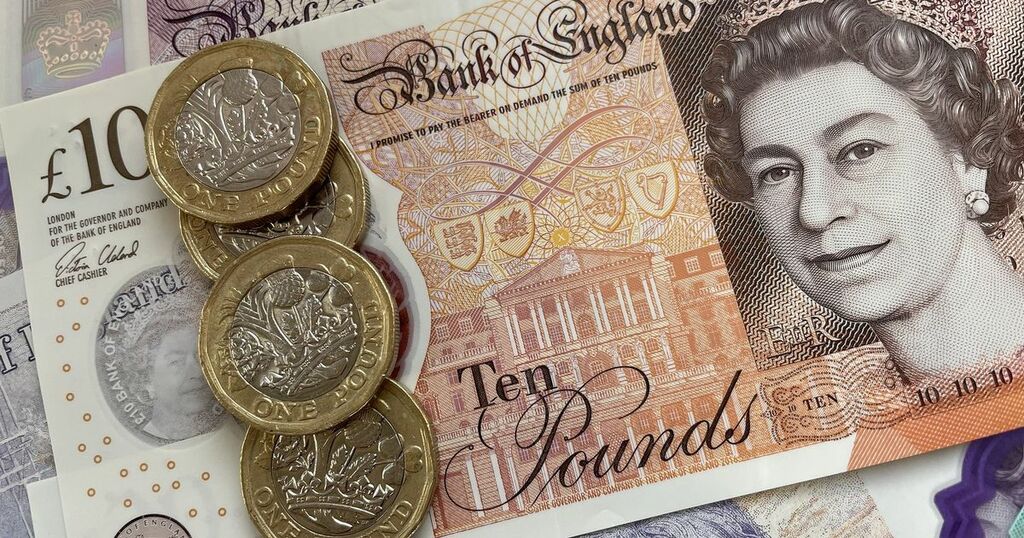 Today, a homeless man went viral after discovering £300 in a 'hidden' bank account he didn't even know he had. The man said the money completely transformed his life, and now he has inspired others to make the simple 5-minute check.

What you may not realise, is that there are currently billions of pounds hidden away from people who don't know they have them. And it's easy to check.

As much as £77billion is currently sitting unclaimed in forgotten investments, pensions, bank accounts and a whole range of other places in the UK - and most of it can be recouped in minutes - if you know where to look.

READ MORE: Everyone urged to check if they have a 'hidden' savings account after man finds £300 in his

For example, around 10 million people have lost bank accounts in Britain - that's £411 for each one. Known as ‘zombie’ accounts, these are often the ones we forget about when switching bank accounts, but you can always get the money back.

To help you find it - and more - the Mirror has run through the best places to relocate lost money below.

In fact, right now there is more than £5billion in forgotten pension schemes, according to the Pension Tracing Service. There are also more than 200,000 schemes in the UK and with the average person changing jobs 11 jobs in their lifetime, it can be very easy to lose track of where each pot is going. But there are ways to track the money down.

The Pension Tracing Service is free and impartial, and you can start the process online, although you will then be sent documents which you'll need to sign and send back.

Remember if a close relative has died without taking their pension, you may be eligible for their pension, too. We've got a full guide on how to track down and claim a lost pension, here.

According to the Money Advice Service, there's currently £850million sitting unclaimed in British bank accounts - often because the person failed to close their old one down when they switched to another lender.

MoneySupermarket reckons there are 10,181,820 of these accounts in the UK and Plymouth residents have the most cash lying dormant - typically £1,938 per account. And women are the most guilty of it. While men have £358 to lose, women have £454 sitting untouched.

It covers more than 30 banks and all 44 UK building societies and it will help you trace any lost personal accounts that have been listed as 'dormant'. To start a search, you'll have to complete an online form here.

It is particularly useful in instances where a bank or building society has closed or merged. Banks and building societies say they aim to respond within three months. If you think you may have money sitting somewhere but My Lost Account shows no indication of it, check your credit file instead as this will list all of the accounts - including joint ones - currently open in your name.

According to NS&I, there are more than 1.5 million unclaimed prizes worth more than £60million in the UK. The My Lost Account service can tell you if you hold any Premium Bonds which you may not have been aware of.

You can also find out if you've missed out on any prizes by visiting NS&I and checking its online prize checker. For backdated winnings, you can download a list of all unclaimed bond numbers here or get in touch with NS&I directly - it says it will respond within one month.

Bear in mind that bonds that were bought more than 30 years ago are unlikely to have a Premium Bond holder's number associated with them - you're likely just to have the individually-numbered bonds. If that's the case, you can write to NS&I to ask for one.

Life insurance is just one of many policies that last for years - and so can easily be forgotten over time. In fact, a website called Unclaimed Assets UK, which is run by Experian, estimates there is £2billion languishing in unclaimed life insurance - and it can help you trace it all back for £25 a search.

The same goes for many other policies you may not be aware you're paying. Many of us will be clearing out our direct debits this month as those New Year's resolutions kick in. But, if you spot any premiums you weren't aware of/no longer need, you may be able to claim it back.

If you spot a policy you never signed up for, make a complaint to the company and ask for every penny back. This is especially the case if you no longer have the product - as it proves you weren't consciously paying for it. A Mirror investigation in 2018 found hundreds of Currys PC World customers were paying for product insurance they weren't aware of.

All kids born between 2002 and 2011 were given a Government bonus of £250 each, with another £250 coming later if the parents had low incomes, but more than one million such bonuses were classified as ‘addressee gone away’, meaning they have not been claimed.

The scheme, set up under Gordon Brown in 2005, gave parents a head start in saving for their child’s future, as well as ensuring that every child arrived at adulthood with a nest egg, no matter what their background. However, while the average balance of these accounts is now £2,175, The Share Centre estimates that much as £1million could be lost.

To find out if you, or more accurately your child, might be one of them, submit a request via GOV.UK – you’ll need a Government Gateway ID, which you will already have if you submit a tax return.

Steve Ferrari managing director of Child Trust Funds at OneFamily, said: "Last September, over 75,000 child trust fund children will turn 16, with the average amount held in an account with OneFamily of this group at £2,175, these children can expect a healthy nest egg to put towards their future plans.

"This group of children turning 16 this month, and over the coming year, will have done particularly well, partly due to the strong investment returns of 108%, more than doubling their initial investment since they were set up, but in addition they are the group that got an additional voucher when they turned seven."

A new £1 coin was introduced in 2017 to go with the new fiver and £10 note, which means old paper ones are now void. However, if you have any stashed away, you could be sitting on a little savings pot.

In August last year, more than 169 million old £1 coins were still sitting in people's money jars - but take them to your local bank or building society and you could bank them instead. If you have any old notes, the Bankofengland.co.uk also says it will swap them for valid ones instead - you can do this by post or in person at the Bank of England in the City of London (Monday to Friday, 9.30am to 3pm).

Damaged notes will have to be sent to the Bank of England's cash centre in Leeds - you can get details of this here. While you're at it, have a rummage for any rare coins such as the Peter Rabbit or Kew Gardens 50p. These are worth a mint on eBay.co.uk as collectors are willing to pay surprisingly huge sums for them.

It's not uncommon for people to pass away without a will or next of kin, and in cases where it happens, the money goes onto an official list, and then to the Treasury if unclaimed. If you know of a relative who has died in the past 30 years and may have left behind unclaimed assets, you can try to track them down. This can be done for free using the Government's Treasury solicitor or for a fee through a private firm.

Through it you can check the names of those who passed away and left unclaimed assets going back to 1997. Relatives have 12 years to come forward to claim their inheritance. The ultimate deadline is 30 years but this is at the discretion of the Treasury Solicitor and it will not pay interest for the final 18 years.

Because the list is public, genealogical firms like Finders International, Title Research and Fraser & Fraser also frequently look to see if there is anyone easily traced who could be owed money.

They then contact the people who could be in line for the cash and offer to check to see if they are due payments. This can result in a fee – either fixed or a percentage of the inheritance – if you end up getting money, but is generally free to check if you're eligible. Alternatively, you can do your own research and make a claim yourself. Here's our guide on how to do it.