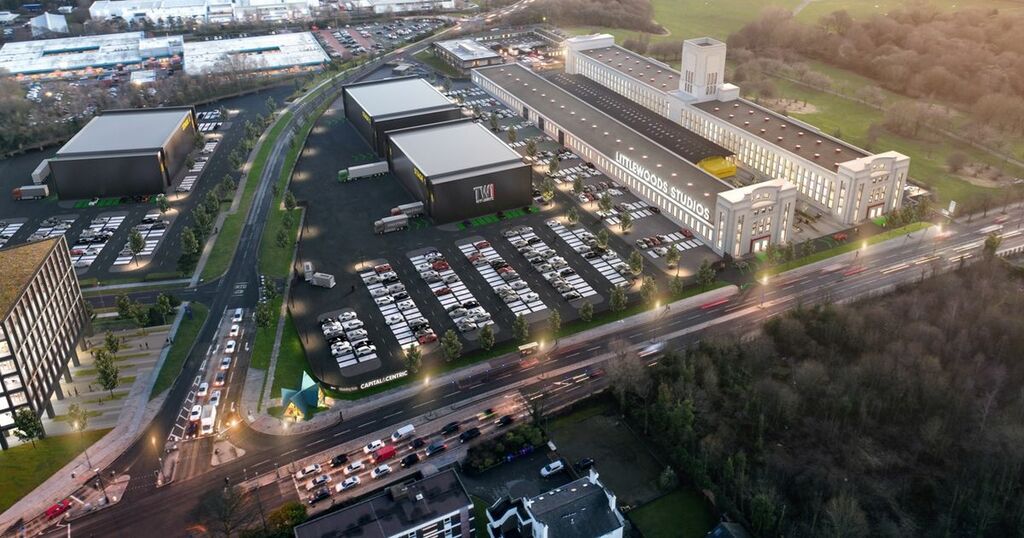 A major £70m plan to redevelop Liverpool's iconic Littlewoods building into one of the country's biggest TV and film complexes has been announced.

Liverpool Council has provided details of its landmark plans for the famous Edge Lane site - which it hopes could create 4,000 jobs and transform the city into one of Europe's premier TV and film hubs.

As well as creating major studios, there are plans for a new creative office space and new media facilities at the site.

The former art-deco HQ of the Littlewoods empire has been vacant for decades and is in a state of severe dilapidation, including fire damage in 2018.

A report, which will go to the council's cabinet meeting for sign off next week, sets out proposals for a major redevelopment in two phases, with approval being sought to begin an £8m remediation first phase in early 2022.

If approved, phase one funding will come from the Liverpool City Region Combined Authority and be granted to current leaseholders of the building – Capital and Centric – to carry out site investigations, remediation and main scheme design works.

The £8m required is part of a wider £17m funding package previously agreed by the Combined Authority, £3m of which has already delivered The Depot studios.

As part of this funding package, Capital and Centric’s current lease will be surrendered and re-granted for a shorter period, to facilitate delivery of the repairs.

Phase one works will take approximately a year and once phase two is fully costed, this could lead to a full development contract.

For phase two to proceed a fully-costed funding package is required, with the council and combined authority projecting to both invest £12m and a commercial lender being sought for the balance.

The scheme, which would be subject to planning permission, already has two proposed major anchor tenants – Twickenham Studios and Liverpool John Moores University.

The Littlewoods Studios scheme would comprise of:

• 85,000 sq ft of studio and ancillary space for Twickenham Studios, to be operated by TIME+SPACE Studios.

• The third element would comprise of 95,000 sq ft of flexible employment space for creative industries, which will be advertised to market for expressions of interest

The Littlewoods Studios plan would also be seen to complement the recently completed Council and Combined Authority funded studio, known as ‘The Depot’.

These two 20,000sq ft temporary filming stages, managed by the Liverpool Film Office, opened last month and have already taken a flurry of bookings from a wide range of clients.

It is hoped that The Depot alone will create a £24m economic boost for the regional economy, creating 360 new jobs and 760 indirect jobs and forms part of Liverpool’s 10 post-pandemic pledges to stimulate growth.

Liverpool is already the second most filmed city in the UK and is currently hosting illustrious productions such as Sky’s Funny Girl starring Gemma Arterton and Channel 4’s The Curse from the team behind People Just Do Nothing. It also recently invested in and supported Channel 4’s Help starring Jodie Comer and Stephen Graham, BBC’s The Responder starring Martin Freeman, ITV’s adaptation of The Ipcress File through its LCR Production Fund.

Councillor Sarah Doyle, Liverpool City Council’s Cabinet member for Economic Development, said: “The Littlewoods Studios scheme has the potential to be a real game changer for the city’s TV and Film sector, underlining our growth as a truly world class location.

“Liverpool’s offer has blossomed over the past decade to the point that it feels like your bumping into a TV crew every other day or seeing the city on the TV or in the cinema every other week.

“The move from being the ‘go to city’ for exterior shoots to one that can provide productions with the studios and talent supply to match our stunning backdrops is one the city needs to deliver, as the economic and educational benefits are there for all to see.

“The opening of The Depot studios last month was a great start but Littlewoods is on a different scale, which is underlined by the calibre of the partners like Twickenham Studios and John Moores University waiting in the wings.

“This reports spells out the first steps to bringing this sleeping giant of a building back to life. If approved, we can deliver the remediation and set the stage for phase two and making this dream a reality, creating thousands of skilled jobs the impact of which will be felt way beyond these studios.”

Steve Rotheram, Mayor of Liverpool City Region said: “Our region is a vibrant, innovative hub of creativity and talent. I want our funding to give local people proper opportunities to succeed.

“Our heritage, architecture, talent and people mean that we will always be able to attract film and TV productions from across the globe. But why can’t the actors come from Kirkby, the camera operators from Runcorn or the editors from Bootle?

“I want our region to be the UK’s ‘Hollywood of the North.’ We’ve already seen the first temporary sound stages launch and it’s fantastic to see our £17m investment to develop world class facilities at Littlewoods take the next step.

“In years to come, I’d love to see a production written, filmed, acted and produced in the Liverpool City Region clearing up during awards season.”

Adam Higgins, co-founder of CAPITAL&CENTRIC said: “This is a pivotal moment for the Littlewoods project and will kickstart activity on site. We’ve worked hard to get to this stage, investing in developing the vision for the site and securing key tenants. We can’t underestimate what an important regeneration project this is to Liverpool, which is shown in the support we’ve had from the City Council and Combined Authority.

“As well as cementing Liverpool’s position at the forefront of the UK’s creative industry, it will bring a shed load of benefits to people living nearby with thousands of jobs and millions invested."

LJMU’s Professor Joe Yates, Pro-Vice Chancellor of the Faculty of Arts, Professional and Social Studies which includes the Liverpool Screen School said: “This development would give us the opportunity to provide the very best facilities to our students and industry, creating new opportunities for both.

"We already teach 100s of students each year how to tell a story and make a film, but, this new LJMU facility, located with sector-leading industry partners, would mean we could train people from Liverpool with the absolute best and latest, technology from Hollywood.

"The world’s filmmakers will come here, confident that they can make a blockbuster movie with the right equipment and the right people.”