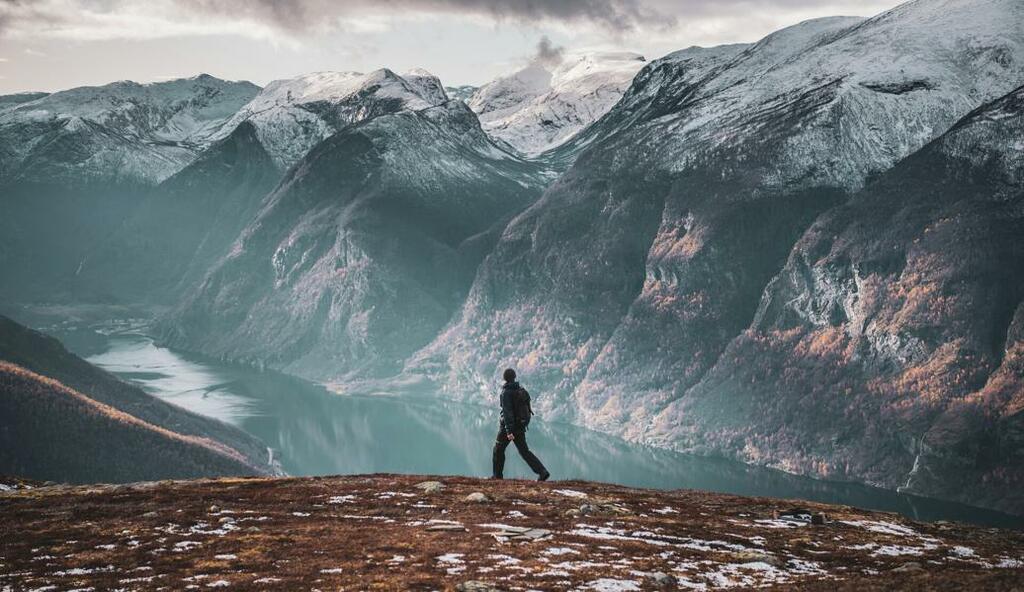 No matter where you are in Norway, you’re never far from mountains, fjords or ocean views. In the summer, the midnight sun provides natural light around the clock, while the dark winter months are perfect for exploring indoor attractions and catching a glimpse of the northern lights.

If you don't know where to begin planning a trip to Norway, here are seven suggestions of must-see places to consider for your itinerary.

There are so many sights to see in and around the fjord region that even an entire book wouldn’t do them justice. Carved by glaciers in the last Ice Age, the fjords attracted the first settlers to Norway and today do the same with tourists.

While many tourists consider visiting the UNESCO World Heritage site of the Geirangerfjord and Nærøyfjord, the fjord region is much larger, presenting many options for the curious tourist. The spectacular Hjørundfjord and Sunnmøre Alps are an easy visit from Ålesund, while hikers may consider famous routes such as Preikestolen, a cliff overlooking the Lysefjord.

Explore the essence of human nature through the lens of Norwegian sculptor Gustav Vigeland. His park in the leafy west of Oslo features more than 200 sculptures in bronze, granite and cast iron.

While the diminutive Angry Boy attracts camera-weilding tourists, the imposing monolith is the undoubted highlight of the park. Carved from a single piece of stone, the monolith depicts more than 100 intertwined human figures reaching for the skies.

Much has been written about Lofoten in recent years, but words struggle to do justice to the stunning scenery of these arctic islands. Jagged granite peaks soar from the ocean with small fishing villages tucked onto the shoreline.

Compact red and yellow fishing huts and the distinctive fish-drying racks hark back to days long gone, but in fact the fishing industry is alive and thriving in this part of the world.

Lofoten forms just one part of Norway's epic coastline. The best way to see it is on the coastal voyage from Bergen to Kirkenes.

Offered by Hurtigruten and newcomer Havila, the voyage is billed as a cruise but the entertainment on offer is first and foremost the ever-changing coastline. From the western fjords to Lofoten and the stark northern landscape, the coastline is the undoubted star of the voyage.

Featuring the world's largest onboard battery packs, the brand new Havila fleet is one of the greenest ways to travel. Most of the Hurtigruten coastal fleet has been retrofitted with hybrid technology, so sustainable travelers have several options.

Previously named by Lonely Planet as the world’s most beautiful train journey, the Flåm railway packs stunning mountain, fjord and valley scenery into less than one hour. The trip includes a couple of photo stops including the powerful waterfall Kjosfossen.

From the high mountain station at Myrdal down to the Aurlandsfjord, the 50-minute ride full of twists and turns down the lush Flåm valley is a true engineering marvel. It took 17 years to build, a history that is commemorated in a small museum next to the arrival station in Flåm.

The easiest way to reach the Flåm railway is to take the Oslo-Bergen railway to Myrdal station. From Oslo, the scenic journey takes just under 5 hours and Flåm departures coincide with the train’s arrival at Myrdal. The two trains combine for one very memorable trip.

There’s so much to see in Norway’s second biggest city but most tourists start at the UNESCO World Heritage site Bryggen. This collection of wooden buildings built around narrow alleyways and cobbled squares hark back to Bergen’s days as one of the most important trading towns in the medieval Hanseatic network.

The Hanseatic Museum has temporarily relocated from a historic trading house to the assembly rooms at Schøtstuene and is still worth a look despite the less atmospheric setting. Also check out nearby Bryggens Museum that tells the stories of the archaeological excavations of Bryggen to date.

Daniel Craig drove the Atlantic Ocean Road in his last appearance as James Bond in No Time To Die. It was the latest in a long list of big and small screen appearances for the iconic stretch of coastal road, one of Norway’s 18 national scenic routes.

Opened in July 1989 after six years of construction, the 5.2-mile-long road connects Averøy island with the mainland by way of causeways and eight bridges across an archipelago.

For tourists, the road can be a destination in itself or simply a part of a much longer road trip along the coastline. The sweeping Storseisundet Bridge is the most famous spot and its worth driving the road back and forth a few times to experience every twist and turn from both angles.

Recent investments include improvements to parking facilities and trails that lead visitors around the small islands to see the road and surroundings from a different perspective.