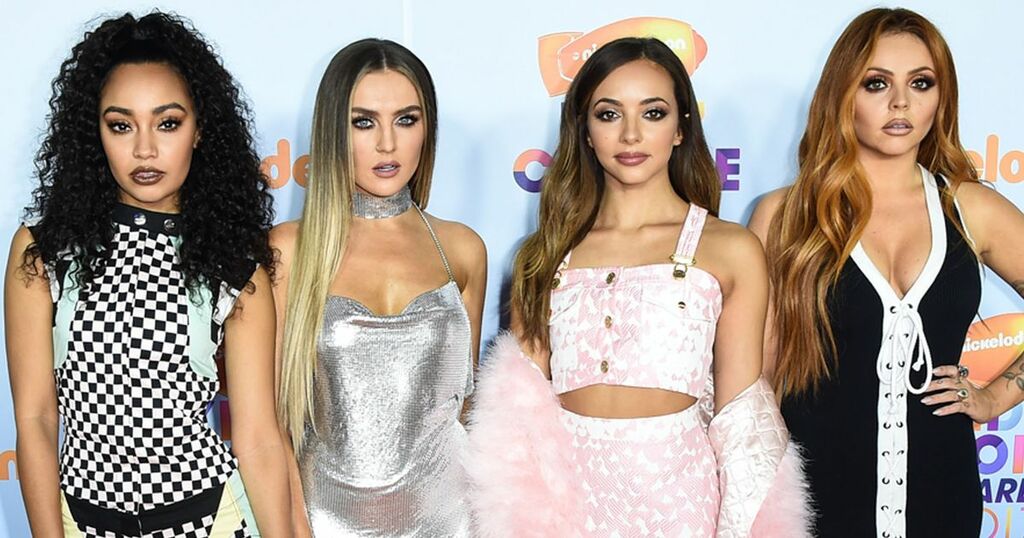 Back in 2019, Jesy Nelson broke down in tears in her documentary, Odd One Out, as she detailed the horrific abuse she had received online.

She detailed the cruel comments regarding her weight and appearance which made her feel she couldn't bear to be alive any more.

But in the last week, as Jesy released her debut solo single Boyz, the tide of public opinion has drastically changed as many Little Mix fans have accused her of inciting hate against Leigh-Anne Pinnock, who was branded a "jealous clown" by Jesy's collaborator Nicki Minaj in a tense Instagram live, while Jesy laughed.

Meanwhile, alleged leaked messages from Leigh-Anne to a TikTok star appear to show her calling Jesy a "horrible person" who has blocked the rest of Little Mix, two of whom recently became new mums.

Though the messages may be faked, the row has had dedicated Little Mix fans and internet sleuths trawling through old footage of the band, who are one of the most successful girl bands of all time, looking for signs there was trouble in paradise.

While no one doubts the hell Jesy went through with the trolls, she has been accused of being insensitive to the struggles of her other bandmates, when she would've been well aware of the damage online hate can cause.

Earlier this year, Leigh-Anne made a documentary of her own, called Race, Pop and Power.

In it, she explored the racism and colourism in the music industry, detailing her own experience of racism being the only black member of Little Mix and the abuse she was sent online.

She explained she felt like the least liked and desired member of the band and as though she "didn't belong".

One shocking video circulating on Twitter shows a Little Mix performance where Leigh-Anne alone is violently hit by a bottle that appears to have been aimed directly at her while she dances on stage.

When Jesy released her documentary, Odd One Out, she was asked about Leigh-Anne's experiences of hate, but seemed to minimise it because Leigh-Anne was so strong and appeared to be coping.

"Did you guys ever discuss it together?" asks the interviewer.

"No. I knew it affected Leigh-Anne, though," replied Jesy.

"She is better at dealing with it than I am."

As Leigh-Anne has bravely spoken out about racism and sobbed as she talked about her devastating experiences, many fans were disappointed Jesy did not take this opportunity to condemn the abuse levelled at her then-bandmate or show her support.

Now, Leigh-Anne's stance on the "blackfishing" row surrounding Jesy, who appears extremely tanned and with braids and gold teeth in her music video, has become apparent.

She liked a video on TikTok which blasted Jesy for having the same skin colour as Nicki Minaj in the video for Boyz.

Jesy, who is white, has hit back at claims she is trying to make herself look racially ambiguous and profit from it, insisting she never said she was anything other than a white woman.

She did however, admit Leigh-Anne once asked her if she was mixed race, and said she also warned her against "blackfishing" after they filmed their last music video.

Shortly before auditioning for The X Factor and being catapulted to fame, Jade was suffering from an eating disorder that almost killed her.

The star battled anorexia in her teens and says she was warned by doctors that she would die if she didn't start eating.

"I obviously became very small... I used to wear a lot of baggy clothes to hide that," she told BBC Sounds.

"It got to the point when I knew I needed someone else to tell, harbouring a horrible secret like that is obviously really damaging to your mental health and obviously my physical health.

"I had family and friends who were also really hurting because of what I was doing."

Jade said starring in X Factor in 2011 kick-started her recovery because the other band members boosted her confidence after years of being bullied in school because of her race.

Knowing what she knew about Jade's past with an eating disorder, you might expect Jesy to be careful about remarking on Jade's weight.

But in an Instagram live where the girls were talking about junk food, Jesy bemoaned to Jade: "But you don't put on any weight!"

Jade looks momentarily horrified, before replying: "That's why I am leaving my bloody hoodie on, honestly."

One Twitter user reposted the video with the comment: "'But you don’t put on any weight!' Um… Jesy, that’s not something you say to your friend who was hospitalized once for anorexia and who still worries about looking too skinny- because Jade then says, 'Well that’s why I’m putting my bloody hoodie on.' This isn’t funny".

Another added: "This is brutal, never seen this. What an ignorant comment."

However, it's worth noting that Jesy has also battled with her own body image and feared she was heavier than her bandmates, even resorting to "starving herself" in a bid to lose weight - so any misguided comments about Jade's weight might have come from her own insecurities.

The band sparked speculation of a rift back in 2017 when Perrie, Jade and Leigh-Anne partied without Jesy.

Jade and Perrie then appeared at the Radio 1 Teen Awards without Leigh-Anne and Jesy - but Perrie firmly denied there was any feud.

"We’ve always had rumours the past few years," she told The Mirror.

"But that comes with being in a girl band. People assume that girls don’t get along with girls."

But when the final for their talent competition The Search aired live, Jesy didn't turn up.

"Unfortunately Jesy is unwell tonight, so won't be joining us but she will be rooting for all of the groups from home," said host Chris Ramsay.

Jesy also dropped out of a Radio 1 live Lounge performance, with Perrie stepping in to sing her part, because she was suffering from anxiety.

And when Little Mix released signed copies of their album, Confetti, Jesy's signature was the only one missing - but it was before she had even departed the band.

Baffled fans took to Twitter and expressed their disappointment that Jesy was left out and wondered what this could mean - was she quitting?

One wrote: "@LittleMix Loving the album so far! Although SO gutted as I ordered the signed CD from @amazon and it’s arrived today although it’s missing Jesy’s signature!*cries in palms*."

Another added: "I ordered this for my daughter's Christmas present and the same has happened to her one."

At the end of 2020, Little Mix were promoting their new album, Confetti, and posted a video on social media which sparked huge concern.

Jesy looked bored and unhappy, staying silent and failing to smile as the other girls excitedly addressed their fans about their new release.

The video sparked so much speculation about what was wrong with Jesy that it was eventually deleted from Little Mix's social media accounts.

Some fans were convinced Jesy was struggling with her mental health, while others wondered if there was drama behind the scenes or if she didn't want to be in the band any more.

When it emerged that the footage had actually been filmed months prior, it begged the question as to whether Jesy had been unhappy for a while.

Sure enough, Jesy's announcement that she was quitting Little Mix came just weeks later as the star said she was "miserable" and suffering from panic attacks because she felt so deeply insecure compared to the other girls.

She also cited the pressures of fame and said she needed to take some time for her own mental health, so fans were surprised when she launched her solo career soon after, and wondered if the issue was more to do with Little Mix than it was Jesy stepping back from music.

When Perrie cropped Jesy out of a group picture after the band picked up the Favourite Global Music Star gong at the Nickelodeon Kids' Choice Awards, many wondered if it was due to tension between the girls.

But Perrie set the record straight in her caption and said it was down to Jesy feeling insecure.

"Jesy is cropped out the picture because she doesn't like any of the photos!" Perrie wrote.

But days later, Jesy posted not one but seven photos of just herself from the night, with the other girls cropped out, in what seemed like a defiant move to prove she did like the snaps after all.

One fan commented: "Are perrie and jesy in a fight or something?! Pez cropped jesy out of a picture she posted on IG And jesy posted her solo on that picture."

"I know the real reason why Jesy is cropped but when I heard rumours that Jesy and Perrie were fighting I nearly cried," claimed another.

The girls refuse to congratulate each other

Eyebrows were raised when Perrie and Leigh-Anne announced their pregnancies within days of each other, and Jesy failed to publicly congratulate them.

And when Perrie fave birth to her tot with boyfriend Alex Oxlade-Chamberlain, and Leigh-Anne welcomed twins with Andre Gray, Jesy didn't acknowledge it on social media.

But Jade sent gushing messages of support to both of her new mum pals, who in turn congratulated each other in emotional comments on Instagram.

Meanwhile, when Jesy announced her solo career and released her debut single, none of Little Mix promoted her music or congratulated her.

Since Jesy quit the band, she has admitted she doesn't speak to the remaining members any more - and they have unfollowed her on social media after ten years of friendship.

"I haven't spoken to the girls," said Jesy in a recent Glamour interview.

"It is weird because for so many years we were as close as sisters, together every hour of the day for weeks, sharing beds, laughing, crying just 24/7 the four of us together and then… Nothing."