Carson Wentz was one of the most polarizing figures in Philadelphia sports history.

The former No. 2 overall pick will now attempt to make his new relevance while upsetting the franchise that drafted him.

Wentz and the Washington Commanders will host the Eagles for their first divisional matchup this year, and the game also will be the first time Wentz has faced his former team.

The quarterbacks aren’t the only storylines or players to watch; here are five others for Sunday.

Philadelphia drafted Wentz with the second pick in the 2016 draft, having traded up twice from 13th overall to land him.

An MVP candidate in 2017 before tearing his ACL and LCL in Week 14 of 2017, Wentz played a considerable role in the Eagles’ 2018 Super Bowl and carried the team back to the playoffs in 2019 after throwing for a club-record 4,039 yards with 27 touchdowns and only seven interceptions.

After a disastrous 2020 season, Wentz was traded to the Colts, who released the quarterback after the 2021 season, and he’ll now lead the Commanders against his former team.

Commanders safety Kam Curl is off the injury report and expected to make his season debut this Sunday against the Philadelphia Eagles.

Curl, 23, has missed both of the Commanders’ games this year after suffering a right thumb injury in Washington’s second preseason contest against the Chiefs on Aug. 20.

Curl recorded 99 tackles in 2021, which was second most on the team and 10th among all safeties, and has been one of the Commander’s best defenders since being drafted in the seventh round of the 2020 NFL Draft.

“They’re very good,” Johnson said to the media following practice. “Montez Sweat, I feel like he’s a little bit bigger this year. Really good on the edge and then obviously the interior is probably the strength of their defense with (Daron) Payne and (Jonathan) Allen. Payne is playing out of his mind right now, so it will be a tough matchup. They’ve got an active linebacker crew, too, so they’ve always been pretty good up front and it’s always been a good fight for us.”

Washington has six former Alabama players on the roster and four who spent time with Jalen Hurts while in Tuscaloosa.

Daron Payne and his fellow interior lineman Jonathan Allen overlapped with Hurts at the University of Alabama.

“We had to practice against him,” Payne said Wednesday. “We had to get yelled at by Coach Saban for containing him all the time, so I knew he was capable of doing all these things. Now he’s on the team that we’re playing against, so it’s another challenge.”

Through the Eagles’ first two outings, Hurts is completing 69.8% of his throws and averaging 288 yards per game while also compiling 147 yards and a pair of touchdowns on 28 runs.

Wentz completed 30 of 46 passes for 337 yards, three touchdowns, and one interception in Sunday’s 36-27 loss to the Lions. He added 23 rushing yards on two attempts and threw a two-point conversion. 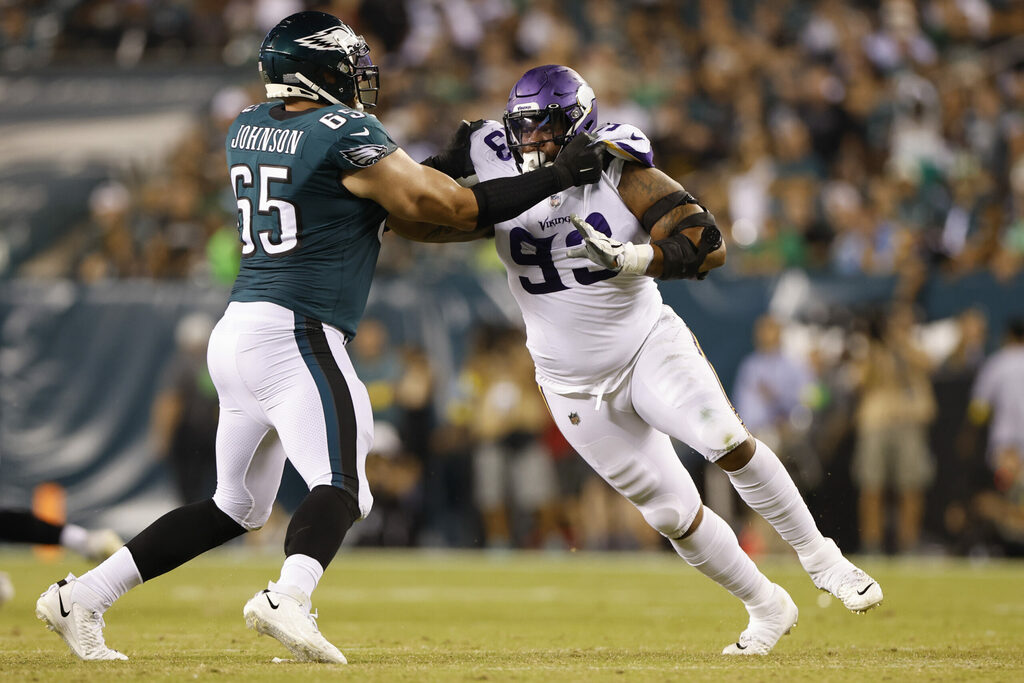 USA Today Sports Media Group
From analysis to the latest developments in health, read the most diverse news in one place.
Behind Enemy Lines: Previewing Commanders’ Week 3 matchup with Eagles Wire

USA Today Sports Media Group
One place to find news on any topic, from hundreds of sites.
Statistical Breakdown: How the Eagles and Commanders stack up for Week 3

With the Philadelphia Eagles and Washington Commanders set for an NFC East matchup, here's a statistical breakdown for both teams…