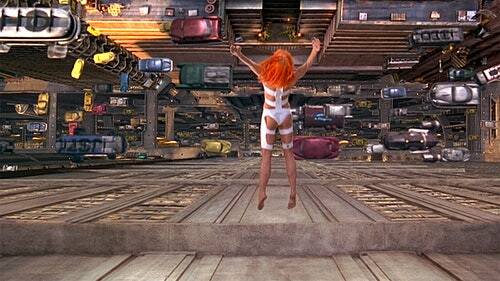 25 years ago, Bruce Willis made the most divisive sci-fi movie ever
Whether you think it’s one of the best sci-fi movies ever or one of the worst, you’re never going to…

Inverse
The 8 best movie time machines of all time, ranked by scientists

Scientists and engineers reveal the best, worst, and most outrageous time-travel machines to come out of Hollywood, from beloved favorites…

'Avengers: Endgame' doesn't need any more recognition, but its handling of time travel and the metaphor of reconciling with the…

Reason
Get all your news in one place
Latest Entertainment news: 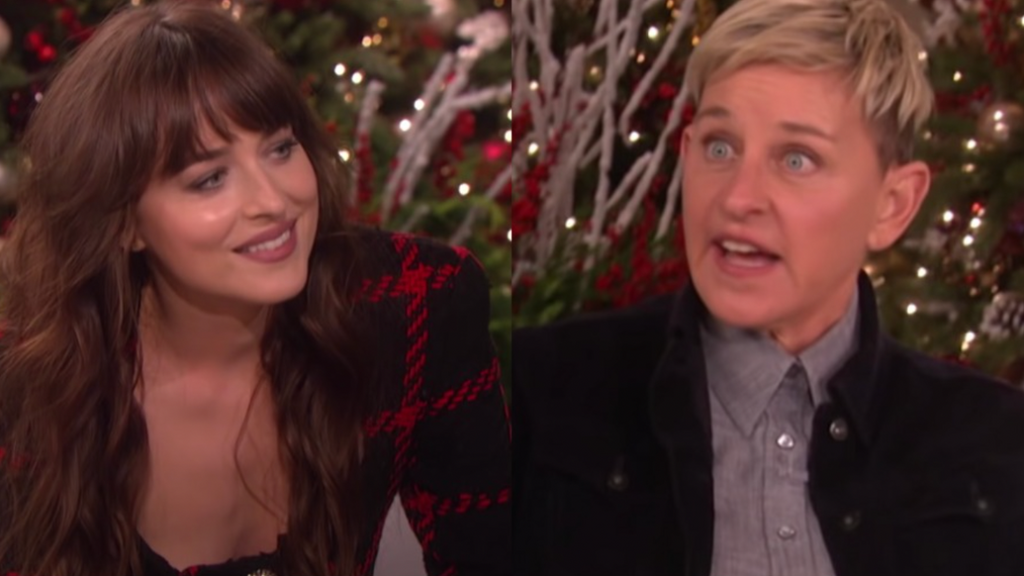 50 years ago, Andrei Tarkovsky made the most disturbing sci-fi movie ever

Science fiction can predict or inspire mankind’s future. But the great Soviet filmmaker Andrei Tarkovsky had no such aspirations for his adaptation of the equally great Polish novelist Stanisław Lem’s 1961 masterpiece Solaris; he just needed work. His previous movie, Andrei Rublev, played briefly in 1966 before censors shelved it until 1971, and his script for what ultimately became 1975’s The Mirror failed to gain traction in-between. A story as cerebral as Solaris hardly screams potboiler, but 10 million tickets sold can’t be wrong.

Whether or not Tarkovsky cared about how the human race might live in the decades to come, and whether he had any interest in where our technological advancements might take us, Solaris, like any thoroughly-considered science fiction narrative, does make one loose prognostication about our unspecified hereafter. No matter how far we go as a species, life is hard, people are lonely, and nothing can beat the comfort of the bubbles we make for ourselves.

The future, being unwritten, is easily imagined in sci-fi as bright, optimistic, and rich with possibility. Solaris thumbs its nose at this in two ways. First, the future the film presents to its audience is a workaday disappointment: The space station where two of its three acts take place has, per Tarkovsky, co-writer Fridrikh Gorenshtein’s screenplay, and Lem’s book, existed for decades, and the mission for which the station is a staging ground has produced bupkis. Nothing about Solaris’ context translates as futuristic, because Tarkovsky and Lem both treat spacefaring as trivial.

Second, technology in the film reads like a scrap heap patchwork that’s been peppered with dust for good measure. What does pass as futuristic in Solaris is such a discouraging industrial jumble that our present, though less developed as concerns the cosmos, feels preferable by comparison. Other high-minded sci-fi of the 1960s and ‘70s conceive of the future with clean and elegant construction: THX-1138, for instance, which came out in 1971, and of course 2001: A Space Odyssey. Tarkovsky pictures our future as worn-down and disheveled, a place we’ve yet to arrive at but that is somehow already in need of ample TLC. In Solaris, hope isn’t found in the future. It’s lost.

A bummer aesthetic, certainly, but a necessary one, because Solaris is a movie of anti-hope. Tarkovsky’s characters are stuck in their melancholy, held back by regret and remorse. Key science fiction tropes — space, technology, alien life — are used to confront these grim emotions with dour philosophical scrutiny. When psychologist Kris Kelvin (Donatas Banionis) is assigned the task of evaluating the health and well-being of the crew aboard a rickety space station orbiting the planet Solaris, a swirling, oceanic world apparently barren of life, he finds himself questioning his own life in short order.

The last scientists who dwell on the station, Drs. Snaut (Jüri Järvet) and Sartorius (Anatoly Solonitsyn), have their issues; one’s a grump, the other a basket case, and both are cagey about the goings on around the facility. But then an apparition of Kris’ wife Hari (Natalya Bondarchuk), who committed suicide 10 years prior, gives Kris more to worry about than the number of loose screws the good doctors have between them.

Solaris, it seems, has started churning out carbon copies of crew members’ dead loved ones. Kris’ chum Dr. Gibarian (Sos Sargsyan), who also took his own life before Kris’ made it to the station, had the foresight to leave a cryptic video note hinting at the existence of the wraiths, referred to by Snaut as “visitors” and “guests.” Rather than ease Kris, Snaut, and Sartorius’ sense of isolation, the presence of these ghosts adds to it.

For a modern audience, that experience, though abstract in Solaris, should feel eerily familiar. Neither Tarkovsky nor Lem predicted social networks; that’s more the realm of authors like Gibson and Brunner. But 50 years after Solaris screened in the Soviet Union and at Cannes, the way the film echoes how we relate to one another today leaves a cold pit deep in the gut. As the narrative unfolds and Hari’s nature as a projection of Kris’ wife comes into question, Tarkovsky forces viewers watching the film to reckon with what what’s gained and what’s lost when interactions with other people are filtered through intermediaries, whether that’s Twitter or Solaris’ enigmatic alien.

Tarkovsky, of course, had a style so counter to social networking’s mien that his films act like curatives to it. While Twitter, Instagram, and Facebook remain in constant motion as they perpetually update, Tarkovsky’s cinema is still: The camera, guided in Solaris by Vadim Yusov, lingers on images. When it moves at all it’s with a deliberate, intentional pace. Whatever subjects or objects Tarkovsky puts in the frame, we’re meant to study and absorb them.

Social networking apps, concomitant as they are with society today, aren’t engineered for study or absorption. They force us to consume without thought. Solaris, in contrast, forces thought. Kris freaks out at the sight of Hari, so much so that his response is to trick her into a rocket and blast her into space. When Hari shows up again anyway he surrenders to her, preferring this inexact replica of his wife to her absence. As the film rumbles toward its ending, his love for her has bloomed anew.

That love is doomed, just like everything else in Solaris. In one of the film’s key scenes, Sartorius confronts Hari over her own inhumanity, proving himself inhuman in the process: “You're not a woman and you're not a human being,” he barks at her. “Understand that, if you're capable of understanding anything. There is no Hari. She's dead. You're just a reproduction, a mechanical reproduction. A copy. A matrix.”

The people we interact with online aren’t dead; there’s a real person on the other side of the internet. But the thrust of Sartorius’ savage tirade can be, and often is, applied to the connections we make in online spaces. Friends on Twitter are poor replacements for friends in the flesh. At the same time, there’s ease to these virtual connections that makes them easy replacements for physical ones. This isn’t unlike the dilemma Kris faces throughout Solaris, from the moment he sets foot on the station to the film’s ending image: An aerial shot of Kris embracing his father at his dacha, revealing that rather than return to Earth, Kris has chosen to stay on Solaris and live with the reproduction.

Why not? Kris has nothing to go back to. In Solaris he finds relief, even if that relief is fleeting, false, and ultimately detrimental. Tarkovsky couldn’t have seen Twitter coming, mind. He just saw Lem’s text as an opportunity to examine the spiritual and philosophical fascinations that define so much of his career, and he saw a meal ticket too. But for Solaris’ commercial and critical success, and its enduring influence on science fiction cinema, from Annihilation to The Fountain, Angel’s Egg to Inception, the film’s greatest legacy may be its malleability: Its ability to reflect how our culture evolves at any given age. Even the age of Twitter.

Andrei TarkovskySolarisTwitter Inc.
Sign up to read this article

25 years ago, Bruce Willis made the most divisive sci-fi movie ever
Whether you think it’s one of the best sci-fi movies ever or one of the worst, you’re never going to…

Inverse
The 8 best movie time machines of all time, ranked by scientists

Scientists and engineers reveal the best, worst, and most outrageous time-travel machines to come out of Hollywood, from beloved favorites…

'Avengers: Endgame' doesn't need any more recognition, but its handling of time travel and the metaphor of reconciling with the…