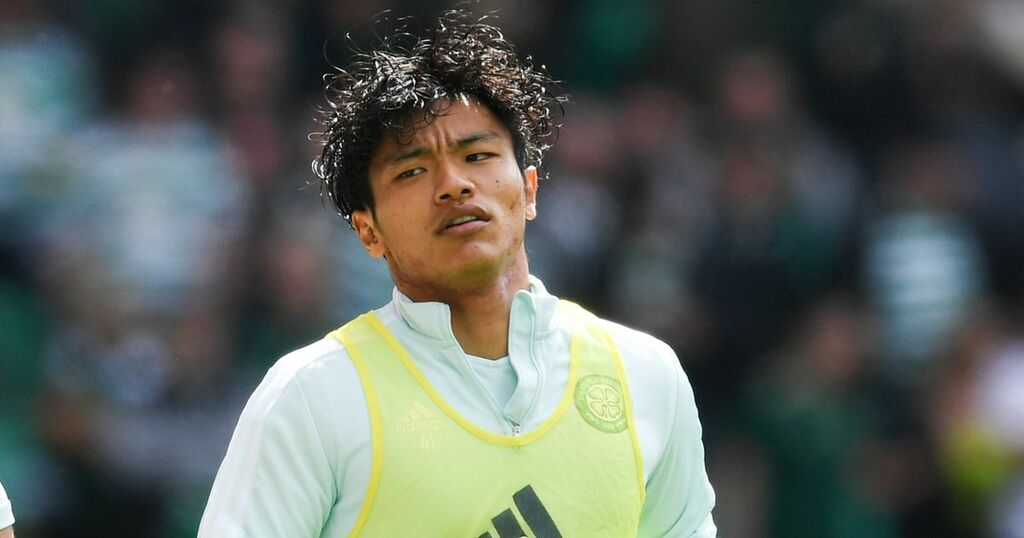 Celtic squad revealed for Hearts as Reo Hatate fitness doubt leaves Ange Postecoglou with one big call
The Parkhead side could go nine points clear for 24 hours at least if they see off Robbie Neilson's side.

ANGE POSTECOGLOU has named his Celtic side to face Hearts this afternoon.

The Wishaw midfielder is starting in a huge game for the Hoops at Parkhead this afternoon.

It's could be a massive day for Celtic as they prepare for another crucial fixture at home to Hearts.

However, with the title within touching distance a win over Robbie Neilson would all-but see the Parkhead side over the line.

Ange Postecoglou 's men enjoy a vastly superior goal difference over Rangers in second, so maintaining a six-point lead at the top going into the final two games means it's almost time to pop the champagne bottles.

But with a summer revamp on the cards and Champions League football on the agenda next season, Postecoglou could use the final few games to evaluate his squad.

The team were put through their paces up at Lennoxtown this morning as they looked to catch the eye of their boss.

Here's what we noticed from the session.

It's been a long wait for Christopher Jullien to receive his chance under Ange Postecoglou.

After a nightmare injury, the Frenchman has managed just one appearance since his return given the form of Carl Starfelt and Cameron Carter-Vickers.

That didn't appear to be keeping him down at Lennoxtown as he was happily laughing and joking with teammates.

With the league all-but wrapped up, the defender will be hoping for a chance to prove himself in the final Premiership fixtures.

Karamoko Dembele is another player who has faced an injury-hampered campaign, most recently turning out for the Colts team following his return to fitness.

But with his contract due to run out at the end of the season, he will be looking for first team minutes against Hearts to show his best to Postecoglou.

He was snapped being praised by the boss for his behind-the-scenes efforts, but will it be enough to earn a first-team spot?

The petted lip may be out for the focused David Turnbull in training, but there is no need.

A groundswell of Celtic fans have been calling for the midfielder to get his chance in the team to rest up the likes of Reo Hatate and Matt O'Riley.

The playmaker has shown flashes of his best off the bench and could be given a start against the Jambos.

Did I tell you about the POTY award...

Callum McGregor has been in fine form this season and that was marked by both his fellow professionals and teammates this week.

Maybe his smirking teammates have had enough of the tales of triumph from McGregor as they backed away at training, but. at least the mannequin will listen Callum...

Hoping to catch the eye

James Forrest led some of the Celtic fringe men through a drill at Lennoxtown, and it could be a big last three games of the campaign.

Ange Postecoglou will no doubt be looking to add his squad with a push in the Champions League on the agenda next season.

Yosuke Ideguchi, Albian Ajeti, James McCarthy and Forrest have all failed to make a claim for a starting spot in the Australian's time at the club.

They will hope to give their boss something to think about before the curtain comes down on the campaign.

Celtic squad revealed for Hearts as Reo Hatate fitness doubt leaves Ange Postecoglou with one big call
The Parkhead side could go nine points clear for 24 hours at least if they see off Robbie Neilson's side.

ANGE POSTECOGLOU has named his Celtic side to face Hearts this afternoon.

The Wishaw midfielder is starting in a huge game for the Hoops at Parkhead this afternoon.