5 takeaways from Washington’s 20-16 loss to the Chargers 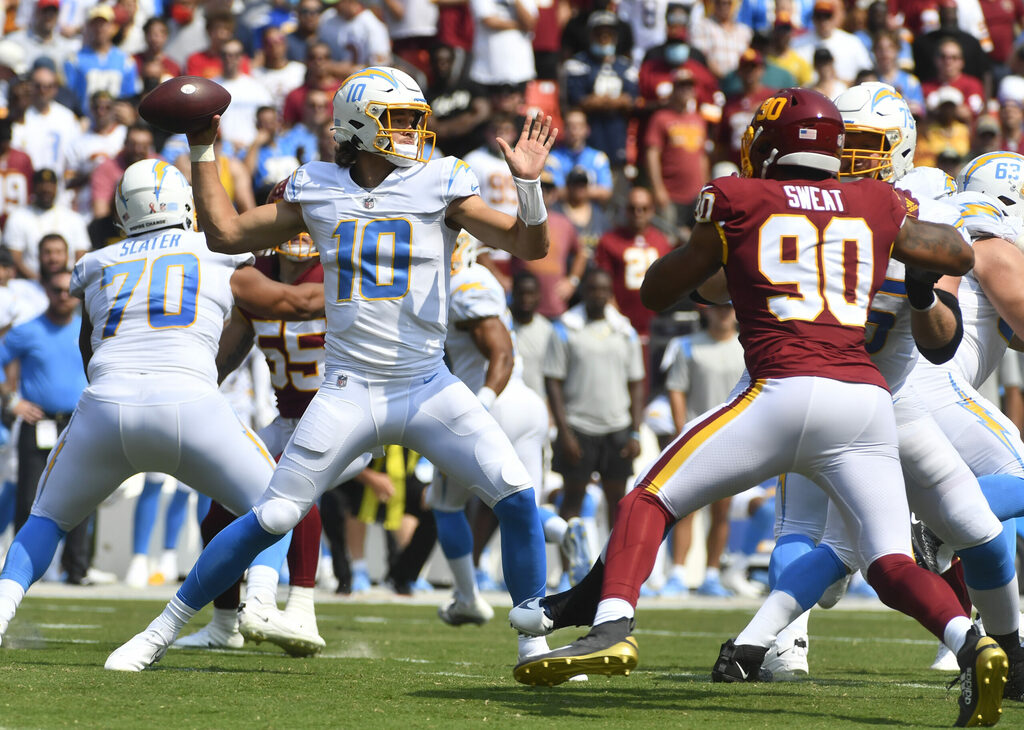 The Washington Football Team began the 2021 season with a 20-16 loss to the Los Angeles Chargers to fall to 0-1 on the young season.

Now, the Football Team has a short week to get ready for the New York Giants as the division rivals meet on Thursday night at FedEx Field.

It was an ugly start to the game for Washington as Los Angeles quarterback Justin Herbert moved the ball down the field with ease to give the Chargers an early 7-0 lead.

Despite the Chargers dominating time of possession, they went into halftime with only a 13-9 lead. Washington kicker Dustin Hopkins connected on a 48-yard field goal just before the half after backup quarterback Taylor Heinicke put Washington in field-goal position.

Heinicke was in the game for Washington as starter Ryan Fitzpatrick injured his hip on a sack by the Chargers. Fitzpatrick did not return, and the severity of his injury is not known at this time.

Now, here are our five takeaways after Washington’s season-opening loss to the Chargers.