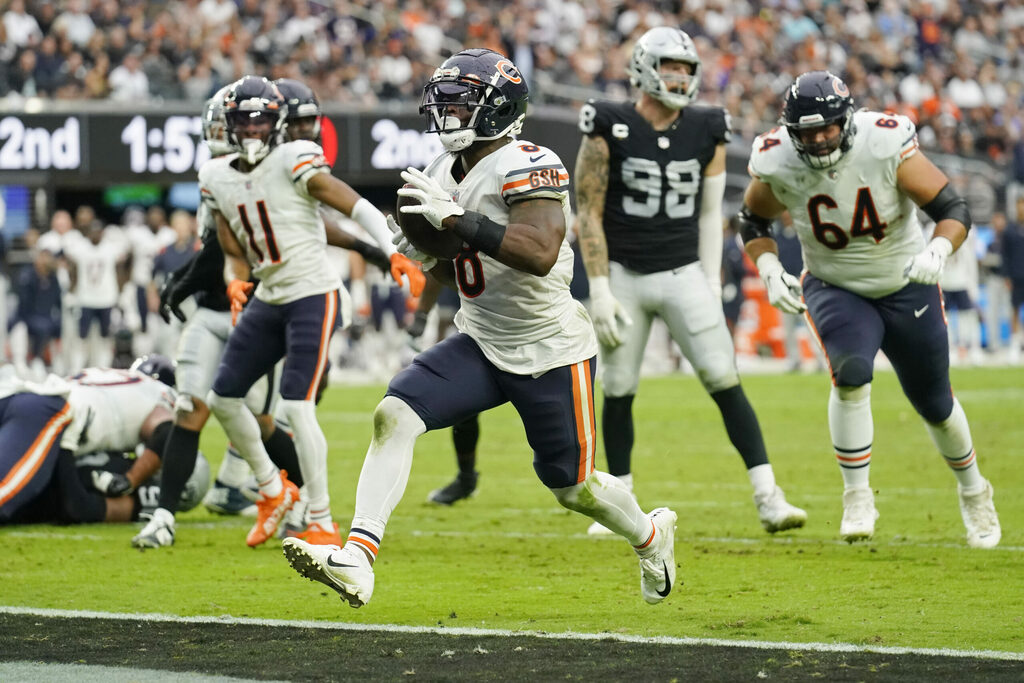 It took until Week 5, but the Chicago Bears are finally over .500 and have their first road victory after defeating the Las Vegas Raiders 20-9. Though the arena was technically on the road in Las Vegas, the crowd felt right at home as thousands of Bears fans made their presence known from the the start.

The game itself was a slugfest with both teams trading hard hits and punishing defense, but it was the Bears who took the 14-3 lead going into halftime, thanks to a power running game and clutch passes from quarterback Justin Fields.

In the second half, the defense finished the job as Raiders quarterback Derek Carr struggled with the pass rush and couldn’t find a rhythm with his receivers. Despite a late score, the Bears held on comfortably for the win thanks to all three phases doing their jobs when it mattered most.

As always, there’s a good amount to digest from this game. Here are my takeaways from Sunday’s hard-fought victory.