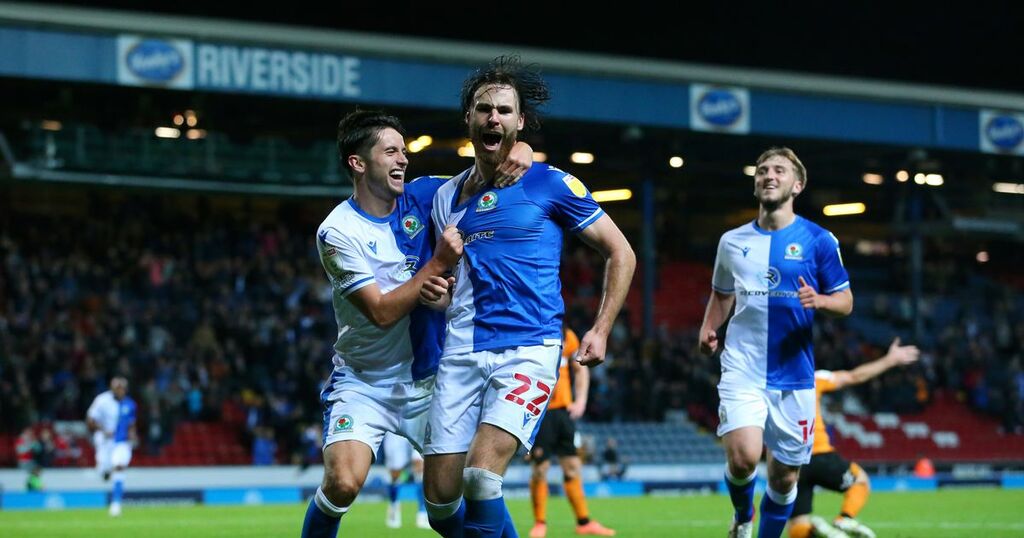 The Championship is hotting up.

Tonight saw six games take place in the second tier. West Bromwich Albion remain top of the pile but they couldn't find a way to break down a dogged Derby County side.

Valerien Ismael's team are on 15 points but have now been joined on the same tally by Bournemouth. They ended QPR's unbeaten run thanks to an impressive 2-1 win at the Vitality Stadium.

Elsewhere, there were wins for Blackburn Rovers, Huddersfield Town and Reading whilst Sheffield United and Preston North End drew at Bramall Lane.

Here, we look at some of the talking points from tonight's action.

Grant McCann's side toiled and had their fair share of chances but it was the same old problem when it came to being able to put the ball in the back of the net.

It's now six successive matches without a City goal, going back to the first day of the season. That means it's now nine hours since the Tigers last netted.

They did have some false hope just after the restart when Josh Magennis thought he'd ended the curse only to look up and see the offside flag raised.

City have now equalled an unwanted club record dating back to 1920.

A glance at Sheffield United's bench tonight for their Championship clash with Preston would have made you look twice.

The Blades, relegated from the Premier League last season, boasted a stellar line-up on their seven-man substitutes' list.

Rhian Brewster was recruited from Liverpool for a club record £24million, Sander Berge arrived in a £22m deal from Genk and Oli McBurnie's eventual cost could reach as high as £20m after his move from Swansea.

Add in Jayden Bogle who arrived at Bramall Lane as part of a £15m switch with ex-Derby teammate Max Lowe, and the total cost of United's seven man bench eclipsed a whopping £70m.

To put that into context, fresh figures show that Premier League side Norwich City's entire squad only cost them £58.8m to assemble whilst fellow top flight sides Brentford (£71.3m) and Watford (£71.4m) also spent far less than United putting their current rosters together.

One of those subs, Berge, climbed off the bench to score for the hosts but spoils were shared in a lively 2-2 draw.

Plenty has been said about Derby's off-field problems this season.

Each new week seems to bring with it a fresh issue for manager Wayne Rooney to contend with.

But you cannot fault the desire of some of the older guard Rooney has to pick from. He's been forced, due to a transfer embargo, to put together a squad of freebies and existing players.

But a hugely credible 0-0 draw was a sign that County are not going to be bowled over easily this term.

Key to the result and defensive steel was the performance of goalkeeper Kelle Roos and his centre-halves Curtis Davies, aged 36, and Phil Jagielka, 39.

They were certainly kept busy, with Albion peppering Derby's goal with no fewer than 25 attempts.

Both veterans have started the last five games, playing the full 90 minutes to boot. In an unrelenting division like the Championship that is no mean feat.

Saturday saw both Blackburn and Reading hold two-goal advantages heading into the final stages of their respective games.

Unfortunately they both squandered the leads, against Luton and QPR respectively, to end up with a solitary point that felt more like a defeat.

Tonight will have felt like deja vu for sets of both fans inside Ewood Park and the Select Car Leasing Stadium.

Rovers went 2-0 up against Hull with two goals inside five minutes after the restart. Reading also scored twice against Peterborough, their two strikes within three minutes of each other.

For Rovers there were no jitters (see above), but Reading showed their resolve when Posh pulled it back to 2-1.

They showed they had learned their lessons from three days ago, with Tom Dele-Bashiru adding a crucial third to ensure they got the win.

Five games took place in the Papa John's Trophy this evening, as the lengthy group stage continues, and each game saw Premier League under-21 sides travel to EFL clubs.

But one of the most eye-raising moments was a red card in the game between Walsall and Brighton's under-21s.

Walsall recorded a 1-0 win thanks to Kieron Phillips but the big talking point was Gary Dicker's dismissal.

That is the same Gary Dicker who has played more than 400 senior games and is 35-years-old.

The reason he was featuring is that he rejoined Albion in the summer as a player/coach for the under-23s. He is eligible to feature as their over-age player.

His start capped a return after eight years away, the last five of which have been spent in Scotland with Kilmarnock.

But it appears his exuberance got the better of him, when he was shown a straight red for a foul on Emmanuel Osadebe. It prompted an on-pitch melee involving most of the players before Dicker went for an early bath.

Not the kind of return he was hoping for.