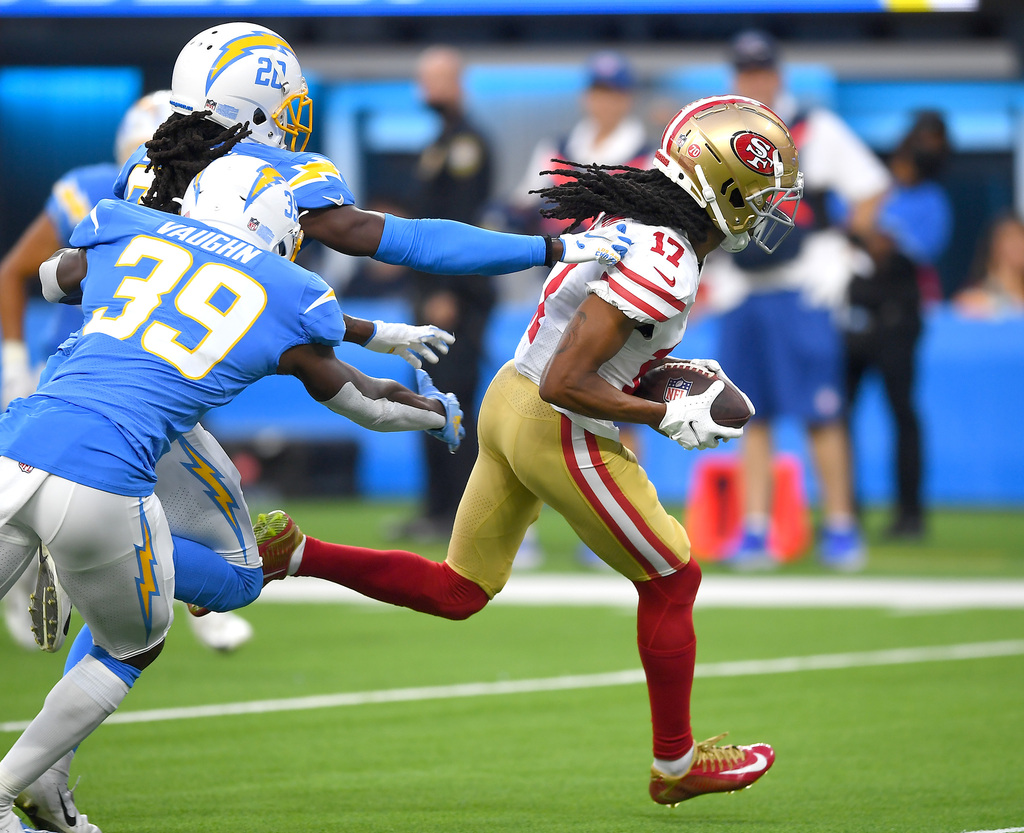 The 49ers on Tuesday offered a couple potential hints at their roster construction for Sunday’s season opener in Detroit when they named a trio of practice squad players to protect in Week 1. Wide receiver Travis Benjamin, quarterback Nate Sudfeld and cornerback Dee Virgin were all covered by the 49ers under the NFL’s new rule allowing teams to keep up to four players from being signed away for that week.

Teams playing Sunday are required to announce their protected players by Tuesday. For San Francisco it’s easy to see why they sheltered the three players they did.

Benjamin could wind up being their starting kick and punt returner in Detroit. Rookie RB Elijah Mitchell is listed as the starting kick returner, and WR Brandon Aiyuk is the punt returner atop the unofficial depth chart. The 49ers may wind up leaning on Benjamin relatively heavily for special teams contributions in the opener.

It’ll likely become something of a regular move to protect Sudfeld. In Week 1 though there’s a real question about Trey Lance’s availability as he works back from a fracture on the index finger in his throwing hand. As of Monday he wasn’t working with footballs in practice, and continued limitation into the week could mean the 49ers plan to not risk further damage to the rookie’s finger and use the veteran Sudfeld as the QB2 in the opener instead.

Secondary depth could be a real problem all year for the 49ers and veteran Josh Norman is the only veteran reserve on their roster going into Week 1. He wasn’t with a team all offseason and may not be in playing shape by Sunday. Virgin’s services would then be needed as a reserve with NFL experience alongside rookies Ambry Thomas and Deommodore Lenoir.