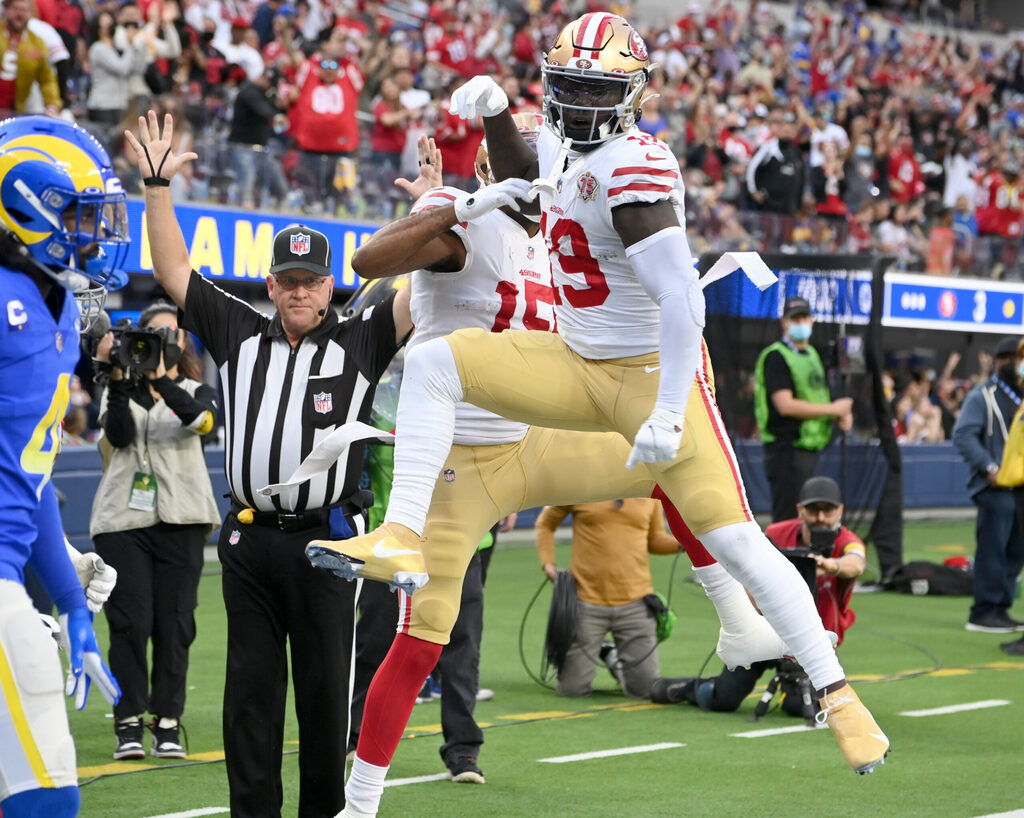 There were multiple points where Sunday’s 49ers game against the Rams felt over. Mathematically it hit rock bottom when they punted back to the Rams with 1:57 left and trailing 24-17.

At that point Los Angeles only needed one first down to seal the game. The only reason the 49ers had real life was they had all three timeouts. Still, even if they got a stop, they’d still be getting the ball deep in their own territory with no timeouts and less than 90 seconds left.

So how low did their chances get when they punted back to the Rams? ESPN’s Next Gen Stats had the 49ers’ win probability at 0.4 percent.

The 49ers had just a 0.4% chance of winning after punting with 1:57 remaining in the game.

In order to come back and win, the 49ers had to:

🔸 Force a three-and-out
🔸 Score a TD without any timeouts
🔸 Prevent the Rams from scoring in regulation
🔸 Win in OT#SFvsLAR | #FTTB pic.twitter.com/V0uL0Rxut5

Not only did the 49ers get the stop, but Garoppolo then drove them 88 yards on five plays in just 1:01 of game time.

The amazing part about Sunday was it felt as realistic as it did improbable. The 49ers have five consecutive wins against the Rams, and they were the more desperate team. It felt bleak, but never completely over, and they showed why.