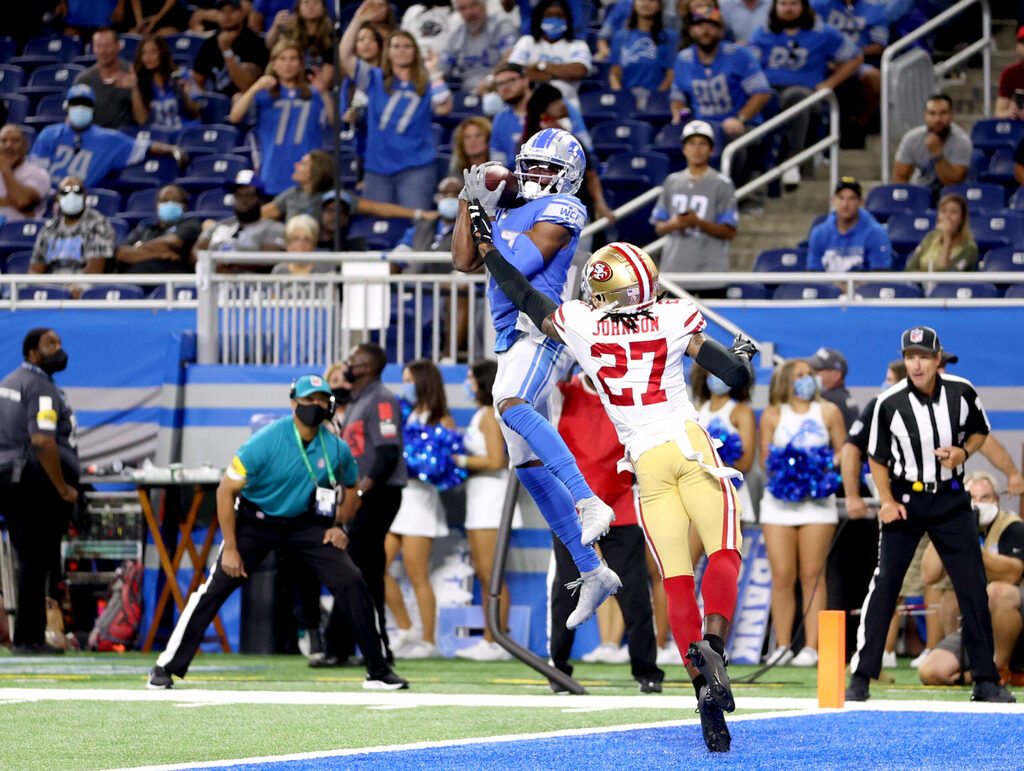 If you bet the San Francisco 49ers would cover what would end up being a pretty large spread against the Detroit Lions — ahem, some of us thought it would be a blowout — my apologies.

Because, oof, what happened in Week 1 on Sunday to Niners bettors — who might have had the spread at -9.5 — was rough as heck.

With two minutes left in the game, San Francisco was up 41-25. It was all over, right? An easy cover and an easy win.

But not quite! With 1:53 left, Jamaal Williams found the end zone to make it a 41-25 game. There’s no way an onside kick could be recovered, not in today’s NFL, right?

Oops. The ball went off of George Kittle’s facemask:

And then? They scored again and nailed a two-point conversion:

We have our first absolutely ridiculous backdoor cover of the season. Lions (+9.5) recovered an onside kick, scored this TD and made the 2-point conversion vs. 49ers. 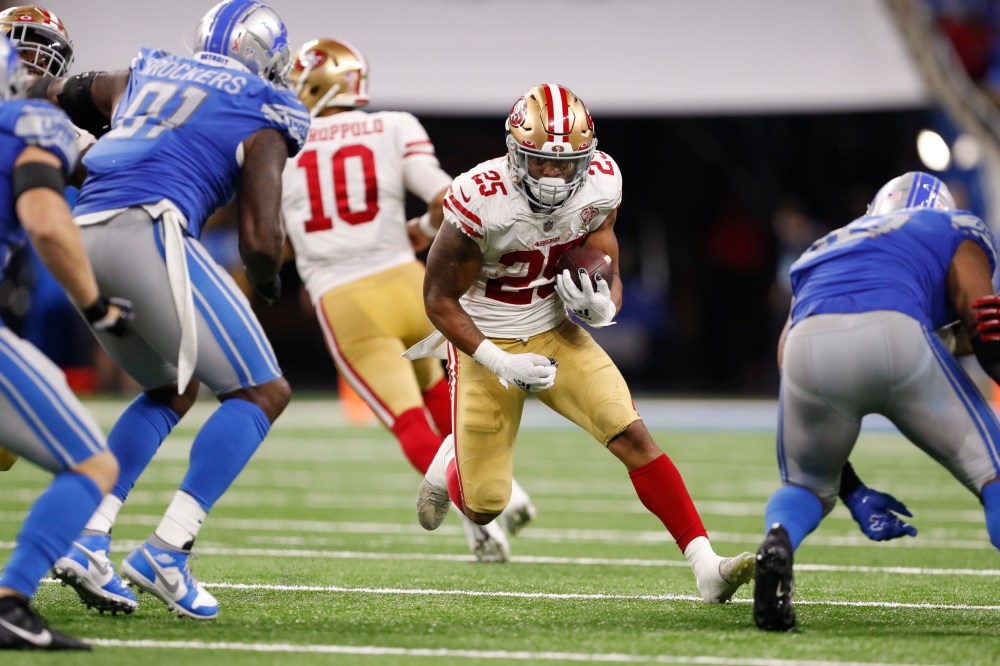