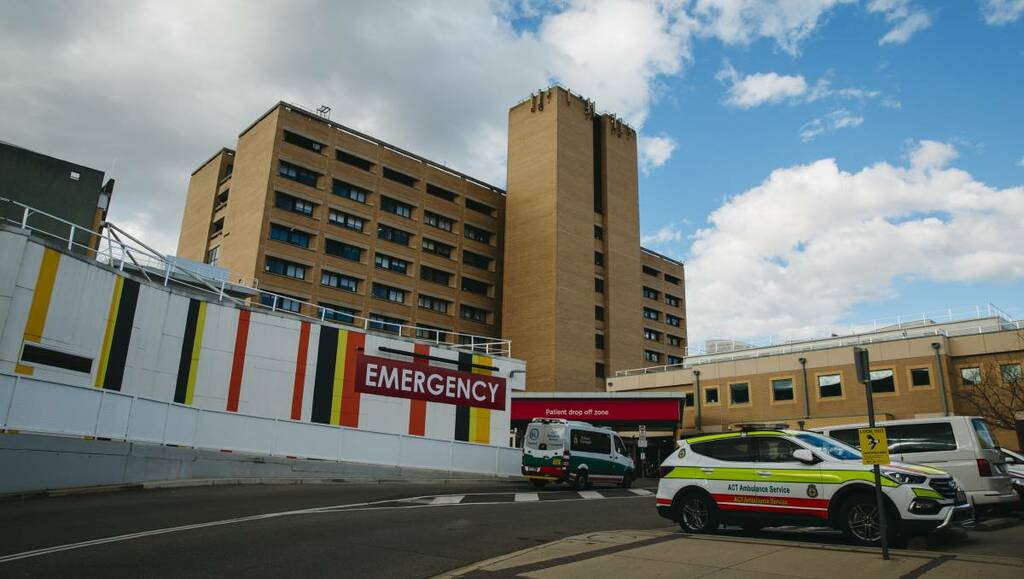 The ACT's health system will receive a $461 million boost over four years to boost capacity amid growing demand across the territory, adding four extra intensive care beds at Canberra Hospital.

Health funding, which makes up close to one-third of total expenditure in the territory budget, will now be $8.5 billion over the forward estimates.

Endoscopy services at Canberra Hospital will receive a $2.2 million funding boost, with the budget also committing money for a feasibility and design study to expand and refurbish the hospital's existing endoscopy suites.

The budget also allocates more than $41 million over the next four years to add 10 new acute mental health inpatient beds at Canberra Hospital in a refurbished ward and add extra capacity in the adult mental health unit.

Funding will be allocated to programs to reduce the impact of strokes, a patient navigation service for people who are vulnerable or who have chronic or complex conditions, and an expanded needle and syringe exchange program.

The ACT government will spend $260,000 this financial year on a fixed-site pill testing trial, which the government in August last year agreed to explore.

Design work will also begin this financial year for a redevelopment at the Watson health precinct to offer a "world-class, community-led alcohol and other drug and mental health treatment precinct".

"The funding will provide for preliminary design of a new Aboriginal and Torres Strait Islander residential alcohol and other drug rehabilitation facility. It will also support design work for the redevelopment of the Ted Noffs Foundation and CatholicCare facilities currently located on the site," the budget papers said.

The government will spend more than $2.3 million to support Winnunga Nimmityjah Aboriginal Health and Community Services' health program for Aboriginal and Torres Strait Islander detainees in the ACT's prison.

A previously announced plan to introduce minimum nurse- and midwifery-to-patient ratios at the Canberra Hospital and Calvary Public Hospital will see the government spend $50 million over the forward estimates.

The budget also includes $877 million in funding over five years to design and build additional health infrastructure, including a cancer research centre at the Canberra Hospital.

The research centre, set to cost $7 million, will receive the bulk of its capital investment in the 2022-23 financial year.

"The centre will improve the quality of cancer care in the ACT through better specialist translational research, which will enable more rapid introduction of new treatments," the budget papers said.

More than $13 million will be spent over the next two financial years on planning for a future hospital in Canberra's north.

A briefing, released under freedom-of-information laws earlier this year, showed the ACT government was told the territory could run out of hospital beds as soon as 2026, meaning the development of the northside hospital was a key project.