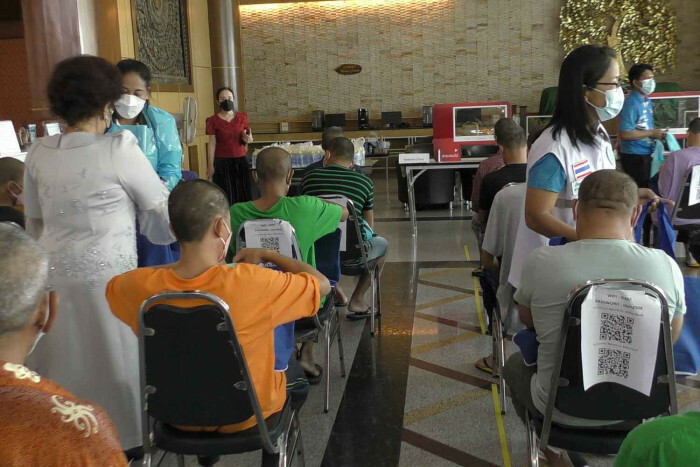 SONGKHLA: Forty-five Thai workers arrested in Malaysia for illegal entry have been deported to Thailand. One of them was infected with Covid-19.

They returned on Sept 3 via the Sadao border checkpoint in Songkhla from Malaysia's Kedah State.

They are in quarantine at the Siam Thana Hotel in Sadao district until Sept 17.

Forthy-three were crewmen on fishing boats arrested for entering Malaysian territorial waters. The other two are women.

During quarantine, one tested positive for Covid-19 and was sent to a hospital for treatment.

Administrative officials and representatives of private hospitals in Sadao visited them on Wednesday to provide assistance. None of those deported had any money on them, and none carried a Thai national citizenship card.

One man, from Phitsanulok, said he worked on a Thai fishing boat seized by Malaysian authorities and had been detained for one year before he was deported.