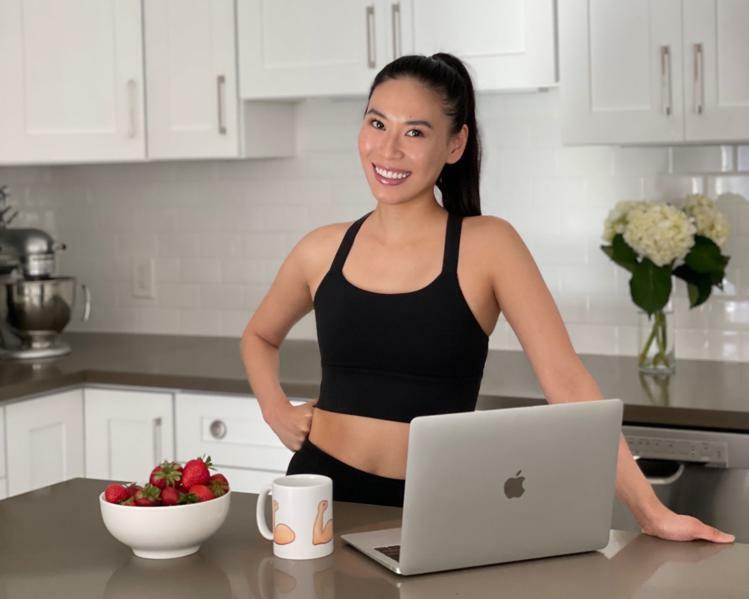 Every new entrepreneur wants to scale their business as quickly as possible. But not every entrepreneur succeeds in doing so. In fact, research shows that less than 20% of small business owners bring home $100,000 or more annually. Certified online personal trainer Vanessa Liu is one of them—and she did it in the first six months of her business without paying for ads or having a huge social media following.

When gyms closed due to the pandemic, personal training opportunities at the gym she worked at massively dropped. Liu, who specializes in helping busy professionals get into the best shape of their lives, had to pivot fast. She quickly started her own online fitness business, reaching out to her network for contacts interested in online training, creating a newsletter to nurture her network and researching the best software for administering programs.

Liu’s rapid growth was the result of one specific focus: high-touch outreach. “Prior to becoming a trainer, I worked in software sales,” says Liu. “I used that knowledge to build unshakeable know, like and trust with potential clients before, during and after discovery calls.” Liu’s super-human touch resulted in a 92% close rate. Follow her four best call strategies for rapidly growing your clientele and your business.

Chances are that your booking software sends a standard email reminder to your potential clients 24 hours before upcoming appointments. But how many of those get overlooked or glazed over? Instead of a text reminder, Liu records short videos to send to prospective clients. One study found that including a video in sales proposals can increase close rates by 41%.

“After coming onboard, clients have told me that those videos felt more warm and personal, compared to a faceless email,” says Liu, who has helped women drop multiple dress sizes, lose 10% of their body fat and reverse health conditions. “I was always sure to reference a challenge they mentioned coming up against in their intake form. That way, they knew I was paying attention and we could tackle it together.” Some of the more popular platforms for video creation are Loom, Vidyard, Dropbox Capture. You can also simply record a video with your smartphone.

2. Insert Yourself Into Their Visualization

Identifying your client’s goal is critical during a discovery call and a visualization exercise can be a powerful tool to do this. “Everyone from Olympic athletes to presidents giving inaugural addresses use this persuasive technique to make a dream feel like it can become a reality,” says Liu. “But I put a twist on it by mentioning myself in the visualization and talking about the transformation process as if the potential client is already a client.”

Liu suggests saying, for example, “Imagine six months from now, you’re sitting on your couch and you’re reflecting back on your health. You turn to your friend and say, ‘I’m so happy I invested in fitness training with Vanessa because XYZ. What is that XYZ?”

Not only do you tap into what they want to achieve in the future, but you enable them to literally see you as a part of the process. “If you can help them visualize that future on your call, they’ll be more inclined to work with you,” says Liu who had a woman break down into tears on a discovery call during a visualization because she was so inspired by what her life could look like. She later became a client.

3. Show A Visual Roadmap To Success

“In the last ten minutes of my discovery calls, I share my screen and show the potential client a roadmap to the solution for their specific problem,” reveals Liu. Zoom research on sales meetings shows that when deals were won, they used screen sharing 26.3% more often than deals that were lost. “Walking them through a roadmap is key because it makes them feel like they’re already a client,” says Liu.

“The key here is to show, don’t just tell,” says Liu. She uses an app called Notion to create the roadmap, but you could use Miro or Zen FlowChart.  “It’s as if you’re giving them a demo of your service and you’re doing real-time problem solving,” says Liu. It gives them a taste of your service.”

If you haven’t gotten a yes on the discovery call, follow up with an email a few days later and include a tip related to your services. “Leave them with something they can do right away that will give them an immediate result,” explains Liu, who is known for her effective strength-training moves. “If I talked to a prospect about knee pain during squats, for example, I’ll give her a simple tip on how to activate her hips and glutes to make squats pain-free.” If you’re a wellness coach, you might offer a simple breathing exercise to destress. If you’re a business coach, you could offer a tip for tracking clients.

Whatever you share should show them you were paying attention during the call and give them a taste of your services, says Liu who gets the remaining 10% of her clientele from her follow-up emails. “When people have reached out to you, they’re ready to take action. Giving them this added value continues the momentum from your call and helps them start to see themselves working with you.”