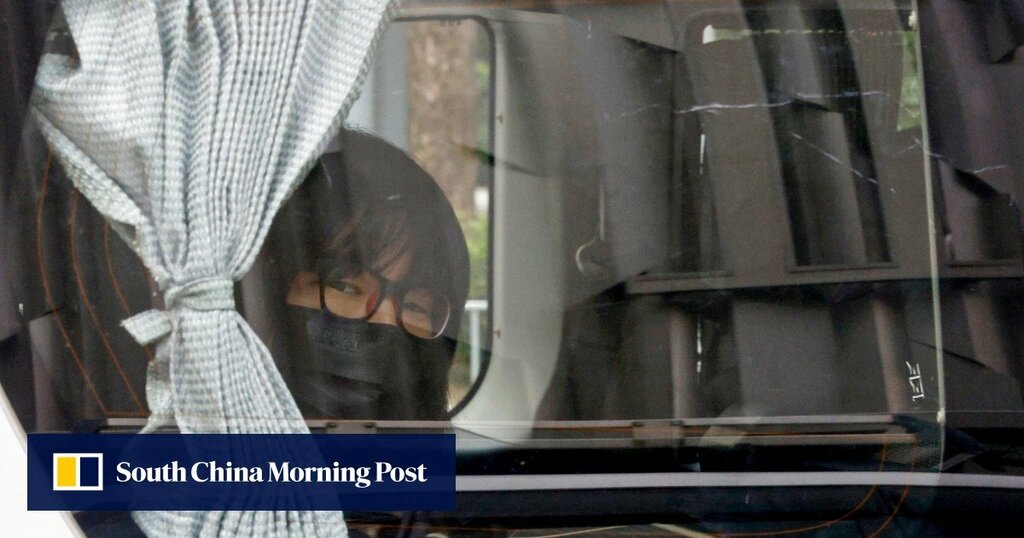 Four core members of the opposition group that used to organise Hong Kong’s annual Tiananmen Square vigil were arrested early on Wednesday morning, a day after it officially refused to cooperate with a national security investigation.

A police insider said officers from the National Security Department were also looking for a fifth alliance member in connection with the case. Officers raided the man’s Tsuen Wan flat at about 6.30am, but found no trace of him.

The source said police had to break into the flat as the suspect’s domestic helper refused to open the door. Officers arrested the 43-year-old woman on suspicion of obstructing police in the execution of their duty.

“The suspect was placed on a list of persons wanted by police once officers failed to find him at home,” the source said. “He will be intercepted by law enforcers if he tries to leave the city through a control point.”

Chow, who is a barrister, was taken away from her office at about 8am. She had been expected at a bail hearing to represent Gwyneth Ho Kwai-lam, one of 47 people arrested in a separate national security investigation into an unofficial primary election.

“Some people have been ringing the doorbell and attempting to break the door code,” the alliance vice-chairwoman said in a live video she posted on her Facebook page.

The other three were arrested before 7am. The four suspects were being held for questioning in police stations in Central, Tsuen Wan, Yuen Long and Mong Kok.

Chow’s family said officers had escorted the handcuffed barrister to her home, where a search was conducted.

Police officially confirmed they had arrested three men and a woman aged 36 to 57 on Wednesday for violating the national security law by refusing to provide information required for an investigation, adding the operation was ongoing and more arrests were possible.

In a statement, a spokesman for the Security Bureau said: “Ignoring warnings given, the organisation concerned resolutely insisted on refusing to comply with the police force’s requirement to provide information … Hence, police had to take action.”

Those who fail to provide information in a national security investigation can be fined up to HK$100,000 (US$12,900) under the law and jailed for six months.

The alliance is under investigation for alleged collusion with foreign forces. Police sent letters to 12 members of the group in late August demanding information about its member list, financial reports and activities.

Under Hong Kong’s national security law, the police commissioner can request a range of information from a suspected foreign agent or one with links to Taiwan.

The alliance sent a letter to police stating its argument in refusing to comply on Tuesday – the deadline for submission – and member Tsui Hon-kwong applied for a judicial review challenging the order to hand over information.

Chow had signalled days earlier the group’s intention to flout the order, dismissing the demand for information as a “fishing expedition”.

Police are known to be seeking financial records connected to the group’s activities with the New School for Democracy, the Asia Democracy Network, the China Human Rights Lawyers Concern Group and other organisations funded by the US-based National Endowment for Democracy.

Secretary for Security Chris Tang Ping-keung had previously vowed “swift and efficient” action against the alliance as it sought to challenge the legality of the inquiry in court.

The alliance had already announced plans to disband after 32 years of activism, and an extraordinary general meeting is expected later this month for a final vote – although there is a possibility members may refuse to break up.

After attending a Legislative Council meeting on Wednesday, Chief Secretary John Lee Ka-chiu, formerly the city’s security chief, said: “If any individual or body breaks the law, the government’s stance is clear – we must act in accordance with the law.”

Former Bar Association chairman Ronny Tong Ka-wah, who advises the city’s leader as a member of the Executive Council, said he believed it was unlikely that the court would hear a judicial review application if police and the justice department were already dealing with the same case.

“Judicial reviews are usually for the court to examine the legality of decisions that were not involved in any other legal proceedings,” he said.

In a statement, a spokesman for the central government’s liaison office in Hong Kong said it supported the police’s arrest of Chow and others.

“It showed fairness and justice. Hong Kong is a society of the rule of law, whoever broke the law, including the security law, will be sanctioned,” he said.

A spokesman for the State Council’s Hong Kong and Macau Affairs Office added that the arrest was “a necessary act to safeguard the authority of the national security law”.