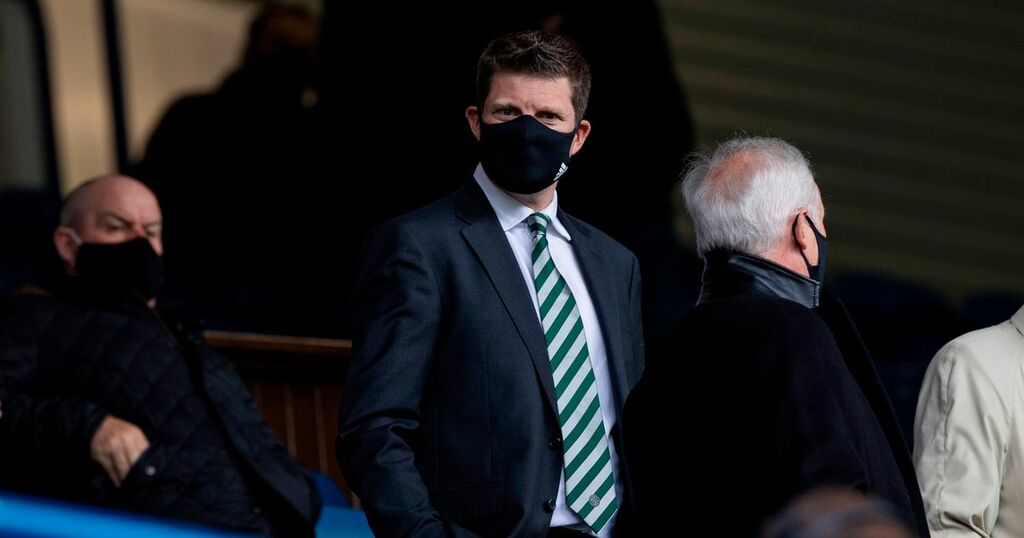 There's very little can surprise you in Scottish football but the departure of a Celtic CEO after just 72 days certainly qualifies.

The Dominic McKay era is over before it ever really got started; the former SRU chief operating officer choosing to walk away from the role on Friday.

Celtic's announcement cited "personal reasons" and revealed Michael Nicholson as acting CEO until a decision is made on what to do with the role moving forward.

Given the vast upheaval at Parkhead over the past few months - Peter Lawwell 's retirement, Ange Postecoglou 's arrival, significant changes in the first-team squad - a period of stability is needed.

But there are more questions than answers over the sudden end of his association with the club...

What really happened behind the scenes?

Nobody is seriously expecting a blow-by-blow account of how McKay's tenure came to its abrupt end but the details are vague enough to create a void in which speculation is likely to thrive.

Record Sport revealed on Friday that behind the scenes tension was a major factor in his decision to depart.

There's clearly a fine balance to be struck here in that the board cannot give away the granular detail of what goes on behind closed door. However, a key frustration among fans over the past year has been in how the club have communicated with them and Friday's statement created more questions than answers.

Some more clarity on the situation would help to quash rumours and hearsay.

Why didn’t it work?

Possibly the most important question but one that will be rather difficult to glean any concrete answers to.

That's because the 'why' will likely differ depending on who you ask. Given there's been tension in boardroom, Celtic's reasons for the appointment not working probably won't be on the same wavelength as any explanation from the McKay camp.

But the truth is the club appointed a CEO who officially lasted just 72 days in the role.

Yes, McKay was new to the world of football but he arrived with an impressive CV and solid reputation from his tenure as head of the SRU. And, on the surface, he appeared to be settling into the role well.

Postecoglou has emerged as a hugely popular appointment as manager and the club backed him with 12 new signings over the summer.

That just about everyone was blindsided by McKay's exit makes understanding why all the more important, given the work still to be done in rebuilding the club.

Nicholson has been appointed as acting chief-executive and it's expected he could be the man to take on the role permanently.

He's been at the club since 2013 albeit with a fairly low profile in his position as head of legal but is clearly highly thought of among his fellow board members.

The concern for Celtic fans, given the clamour for change over the past 12 months, is that promoting from within could give the impression that it's more of the same.

McKay was an exciting appointment in that he came with the promise of fresh perspective; a new face to drag the club out of the ashes of what was supposed to be the 10 In A Row season.

Whoever takes up the mantle must show they can bring the supporters with them.

What does this mean for Celtic’s 'modernisation'?

Rebuilding and modernising was a key theme whenever McKay spoke publicly and his departure creates uncertainty over the club's next steps in this area.

The prospect of appointing a director of football has lingered on for months without any significant development, with Manchester City's Fergal Harkin the last to be seriously linked with the position.

A strong summer transfer window perhaps took priority over other appointments, given the urgency in providing Postecoglou with the tools to do his job.

But given McKay was clear in his desire to change the club's operations - what happens to those plans now?