3 Wide Receivers The Green Bay Packers Should Consider Trading For 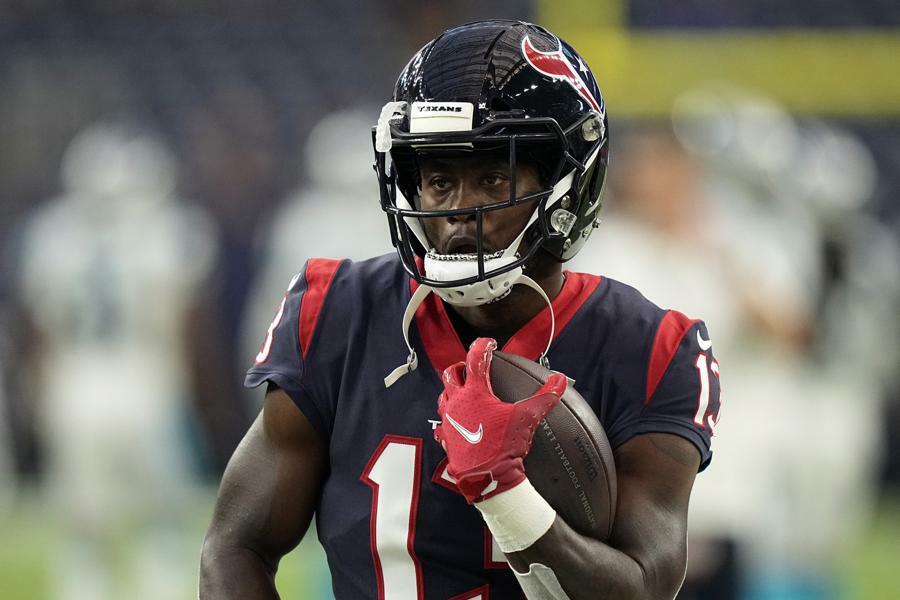 Meanwhile, in Green Bay, the Packers have perhaps the NFL’s best receiver in Davante Adams and ….?

The truth is, not much else.

Adams leads the league in receptions (42) and yards (579). After that, though, the Packers have gotten next to nothing from their other wideouts.

And by now it’s clear that general manager Brian Gutekunst must add a wideout before the Nov. 2 trade deadline if the Packers hope to keep up with the Buccaneers, Rams and Cowboys of the world in the postseason.

After Adams, Green Bay’s five other receivers have combined for just 27 receptions, 363 yards and three touchdowns through five games.

“There’s a reason he’s got that ‘99’ rating in Madden,” Packers coach Matt LaFleur said of Adams. “He is a baller. I don’t think there’s anybody better than him. We’re fortunate to have him.”

They are. But if the Packers’ ‘Last Dance’ is going to end with a Super Bowl appearance, they need a lot more than Allen Lazard (seven catches) or Marquez Valdes-Scantling (six catches) as their No. 2.

Here’s a list of players that could be attractive to Gutekunst as the trade deadline nears:

Cooks has 31 receptions and 392 receiving yards catching passes from Tyrod Taylor and Davis Mills. Can you imagine the possibilities if Aaron Rodgers was delivering throws to Cooks?

The Texans (1-4) are going nowhere fast and would love to stockpile draft picks. Cooks would be a perfect rental, a more reliable speedster than Valdes-Scantling and a player who could be a legitimate sidekick to Adams.

Thomas caught a remarkable 149 passes in 2019 and was the NFL’s Offensive Player of the Year that season. Pairing Thomas with Adams would immediately be the NFL’s best 1-2 punch.

The question is, will New Orleans trade Thomas?

Thomas is on the physically unable to perform list through at least Week 6 with an ankle injury. He missed nine games with that same injury in 2020, then put off surgery until June, which drew the ire of the organization.

There’s bad blood right now between Thomas and the Saints. Is that enough, though, for New Orleans to trade a Pro Bowl wide receiver?

Perhaps the only way that happens is if the Saints (3-2) begin to slide before the trading deadline.

Washington is in the final year of his rookie deal, and with the Steelers unlikely to re-sign him, they might elect to get something for him now.

Washington’s best year came in 2019, when he caught a career-best 44 passes. His career-high in touchdown catches came in 2020 with five.

Washington (5-11, 213) ran the 40-yard dash in a so-so 4.54 seconds coming out of Oklahoma State in 2018. He’s been outstanding against press coverage and is averaging an impressive 14.6 yards per catch since entering the league.

Much like Thomas in New Orleans, though, Washington might not go anywhere if the Steelers (2-3) begin playing better football. But if Pittsburgh can’t turn things around, the Steelers would love to acquire a draft pick for Washington.