3 Teens Who Are Changing The World 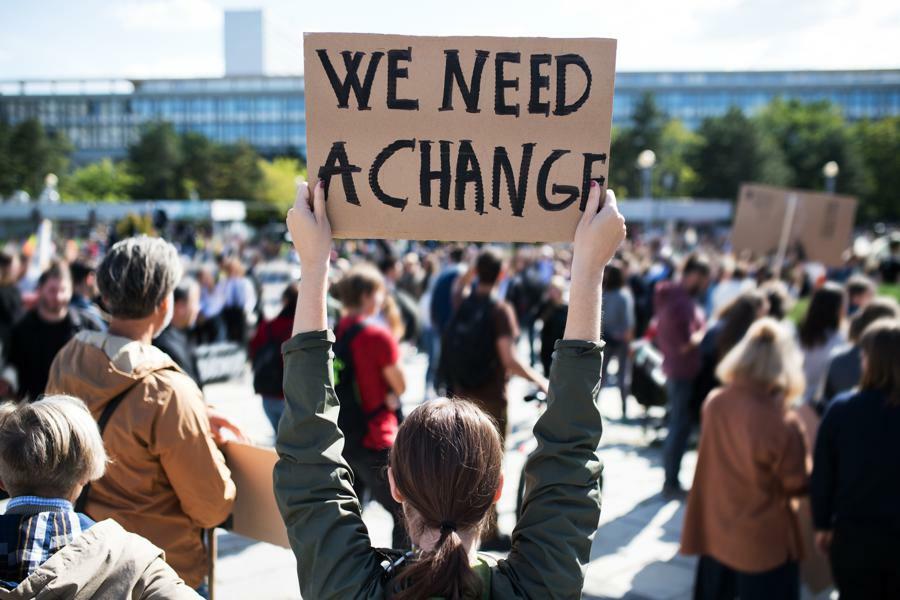 Gen-Zers are more racially and ethnically diverse than previous generations, and also are coming of age during the Covid-19 pandemic. As a result, research shows that they are more likely to desire an activist government and to care about social issues like racial justice and gender identity equality, and to want to combat climate change. Here are three young people who have created nonprofits to make the world a better place.

Gabriela Nguena Jones is the CEO and founder of Teens Tutor Teens, an NGO that offers free tutoring and educational enrichment services to students. Sophia Kianni, the founder and executive director of the environmental nonprofit Climate Cardinals, recently was chosen to represent the U.S. as the youngest member of the inaugural United Nations Secretary-General Youth Advisory Group on Climate Change. And Anvitha Kollipara has started the nonprofit CareGood Foundation in order to share stories and lessons from homeless senior citizens with younger generations.

Teens Tutor Teens (TTT) was founded with the mission of encouraging peers to succeed in the school system by developing worksheets, producing video content, and offering tutoring one-on-one. The NGO partners with GlobalGiving and has received grants from major corporations including Walmart Community Foundation, Microsoft for Non-Profits, and Google Ad Grants. TTT has been honored with awards including the 2020 Platinum Seal of Transparency from Guide Star, the 2019 Staff Favorite Award from GlobalGiving, and the Presidential Volunteer Award. CEO and Founder Gabriela Nguena Jones was awarded the Ingram Scholarship, given to less than 1% of applicants for a full-tuition undergraduate degree at Vanderbilt University to continue their philanthropic endeavors and professional career goals.

Teens Tutor Teens seeks to close educational gaps by taking academically successful youth and partnering them with youth at a disadvantage but with all the potential to succeed in the academic realm. The organization has garnered more than 4,250 hours in less than ten months at franchising operations across seven of the United States. With an agenda of diversity first, TTT operates with roughly 70% women and 73% minorities in the organization.

TTT started when Nguena Jones traveled to Cameroon the summer before her freshman year of high school for her grandfather’s funeral. She saw pools of wealth and urban sprawl near the metropolis of Yaoundé. While she felt she could have a large impact in Africa, she determined that empowering local communities in America was her ultimate goal. She spent a year learning everything she could about non-profits through webinars, accelerated her math courses, and filled out applications for a 501(c)3.

“Running Teens Tutor Teens while a college student is training me to always be more consistent and more organized, to adapt, to think of better systems, to collect more precise data, and to ensure that the communities I enter are aided by my actions,” says Nguena Jones. “When an eighth grader tells me that he has talked to a large non-profit and is working on a contract with a co-op, it shocks me how fast he has learned to understand that this is a business. When a tenth grader shows me that she knows how to seek out opportunities, it is amazing. We’re helping young people learn how to operate their own businesses.”

The Covid pandemic has been a blessing in disguise for the organization. Teens Tutor Teens put a franchise system in place, which has allowed the NGO to scale more rapidly. The pandemic also increased demand for tutoring. “We grew faster than imaginable with zero administrative overhead,” says Nguena Jones.

“If you are a young person looking to tap into your life’s purpose, be prepared to throw everything at it and more,” Nguena Jones advises other young people. “Getting this project off the ground and running felt like working a part-time job while still being a full-time student. You need grit. There are going to be months when you feel everything is lost. I’ve been placed on hold for six hours when calling a company. I’ve had my success downplayed, and I’ve been questioned if I could really do this as a 16-year-old. If you keep focus and knock down one objective at a time, you will reach the top.”

As the youngest member of the inaugural United Nations Secretary-General Youth Advisory Group on Climate Change, Sophia Kianni has successfully launched a climate nonprofit that has grown to over 8,000 volunteers in just a year. Kianni’s climate advocacy has been covered by news outlets including CNN, Business Insider, BBC, The Guardian and even on the front page of The Washington Post. She has been named VICE Media’s youngest Human of the Year, a National Geographic Young Explorer, and BuzzFeed’s youngest Woman to Watch.

The sophomore at Stanford University’s passion for climate advocacy began after witnessing pollution in Iran, her parents’ home country. “I was visiting Iran in middle school when I noticed that I couldn’t see the stars at night because of pollution,” says Kianni. “Every night on that fateful two-month trip, I was shocked to see smog had dimmed the stars. Through my research, I read a study that found only 5% of Iranian university students could properly explain the greenhouse gas effect. The Middle East is currently facing a climate crisis, with temperatures rising more than twice the global average. And yet many of my relatives informed me that they had never heard about climate change.”

Determined to educate her relatives, Kianni translated climate change information into Farsi. Slowly but surely, her relatives became aware of the crisis and even changed their habits, reducing their use of cars and shopping more sustainably. This inspired her to create her own environmental nonprofit, Climate Cardinals, which offers young people volunteer hours for translating environmental information into different languages and distributing that information to friends and family in other countries. An emphasis is placed on countries where climate change is rampant and there is a lack of climate information, like China, Iran, and U.A.E.

Kianni has found balancing activism with school incredibly difficult. She spends numerous hours every week on apps like Zoom, Slack, Keybase, and Whatsapp, communicating with activists from around the world. In November 2020, she participated in a hunger strike in Nancy Pelosi’s office with Extinction Rebellion, an activist organization that uses nonviolent civil disobedience to compel the government to take action on the climate crisis.

To those looking to support the climate movement, Kianni offers this advice:

1. Vote Green. Just 100 companies are responsible for 71% of global emissions, so the true power to act on the climate crisis lies in lawmakers, who have the ability to pass comprehensive climate legislation.

2. Join a mass movement for action on the climate, such as Action Network, Fridays for Future, Extinction Rebellion, and This is Zero Hour. Participate in strikes and other acts of nonviolent disobedience.

3. Educate yourself and others. Understand the statistics and what they mean. For instance, examine the crucial IPCC report and learn what will happen if global warming exceeds 1.5º C.

Fifteen-year-old Anvitha Kollipara runs a nonprofit organization out of Hyderabad, India called CareGood Foundation, which shares stories and lessons from homeless senior citizens to the younger generations. “Senior citizens have priceless lessons to pass on,” says Kollipara. “I document the stories and post them on my blog. I also set up immunity camps at old age homes and provide 230+ senior citizens with medicines monthly.”

In addition, CareGood is bringing solar power to power-deprived villages in India. They have provided over 700 rural children with solar-powered lamps and conducted workshops discussing the importance of solar power and the environmental effects of the energy sources we use today.

Kollipara began volunteering at old age homes in the Indian countryside as a young girl on visits to her grandparents. She always left feeling wiser than before. So, when her family moved back from the U.S. to India three years ago, she felt inspired to build an NGO that would help seniors connect to the greater community.

“At first, we raised money to purchase medicines and Covid protective equipment for nursing homes. But one day, one of the seniors started crying. I suddenly understood that our small gesture of bringing a few boxes of medical supplies meant much more to him and his fellow residents. Many of the seniors feel forgotten and isolated. Over time, we began to spend time sharing stories, socializing, and, at their request, organizing a senior talent show. I’ve learned that individual human connection is every bit as important in serving others,” Kollipara says.

To other young people looking to tap into their life purpose, Kollipara says, “Experiment. I volunteered in public parks, gardens, orphanages, schools, and many more places until I found what I truly enjoyed and where I could do the most good. Starting an organization seems so hard, but all it takes is baby steps. Also, I have learned that helping others is not a one-way street. The seemingly neediest people always have things to share, whether it be bits of wisdom or simple suggestions. The joy of doing good works best when it flows in multiple directions.”