The Arizona Cardinals announced they signed three of their eight draft picks on Thursday. They signed their two sixth-round picks and one of their seventh-round picks — running back Keaontay Ingram, offensive lineman Lecitus Smith and linebacker Jesse Luketa.

They get four-year contracts. We will learn the details of the deals in the next days and weeks.

Luketa was the 256th selection in the draft and played collegiately at Penn State.

Below are the player bios from the team’s press release:

Ingram (6-0, 221) appeared in 42 games at Texas (2018-20) and USC (2021) and rushed for 2,722 yards and 16 touchdowns on 495 carries while adding 671 yards and six touchdowns on 89 receptions. He ran for 100+ yards in eight games in his college career and had 12 games with 100+ total scrimmage yards. Last year at USC, Ingram was the Trojans leading rusher after setting a career-high with 911 yards and five touchdowns in 10 games, earning All-Pac 12 honorable mention. A Carthage, TX native, Ingram spent his first three seasons in college at Texas and appeared in 32 games (18 starts) and was a two-time member of the Big 12 Commissioner’s Honor Roll.

Smith (luh-SEET-us) (6-3, 314) was a three-year starter at Virginia Tech and played in 45 games (38 starts), including starting in all 37 contests he played in to finish his collegiate career. A two-time All-ACC selection, Smith made 37 starts at left guard and one at left tackle during his career with the Hokies. He started all 11 games in each of the past two seasons, including in 2020 when he helped the Hokies lead the ACC in rushing (240.1 ypg) and run for 27 touchdowns. A Fitzgerald, GA native, Smith was a highly-recruited tight end coming out of high school and transitioned to the offensive line at Virginia Tech.

Luketa (loo-KETT-uh) (6-3, 253) is an Ottawa, Ontario native who appeared in 46 games (18 starts) at Penn State and had 151 tackles, seven tackles for loss, a half sack, one interception (returned for a TD), eight passes defensed and a fumble recovery. As a senior in 2021, Luketa played in 12 games (eight starts) and earned third-team All-Big Ten honors after finishing the season with 61 tackles (27 solo) and 8.5 tackles for loss. He left Canada and attended high school at Mercyhurst Prep in Erie, PA prior to enrolling at Penn State. 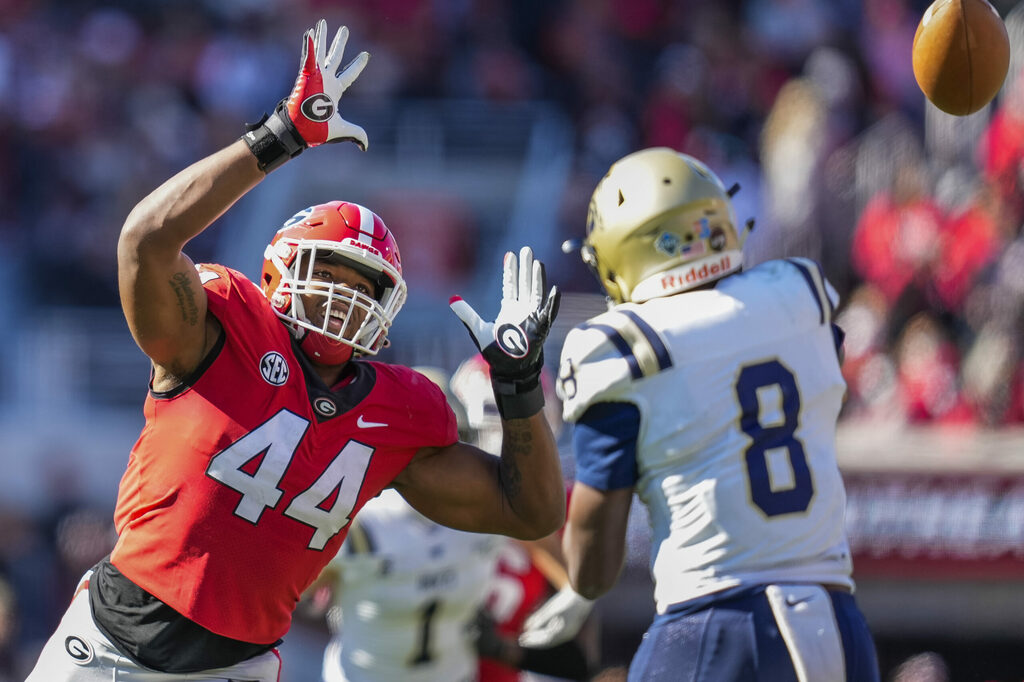 Arizona typically has one or two tryout players signed after minicamp. They added six this year.

The Colts have signed all four of their Day 3 picks.