Higher education did not figure prominently in the election campaign. The biggest issues facing the sector, in particular the arts, humanities and social sciences, could never be fully addressed in six weeks, but the Australasian Council of Deans of Arts, Social Sciences and Humanities (DASSH) urges the incoming Labor government to act on three issues as a priority.

The first is the impacts in Australia’s universities of the former Coalition government’s Job-Ready Graduates Package announced in June 2020. The changes included enormous fee increases for humanities, arts and social science (HASS) subjects.

The second issue is the Research Commercialisation Action Plan released in February this year.

Third, the acting minister for education and employment, Stuart Robert, wrote to the Australian Research Council (ARC) in December 2021 to direct that a significant portion of research funding be awarded to projects that demonstrate a strong connection with Australia’s manufacturing priorities. Research funding for the arts, humanities and social sciences is shrinking.

Taken together, these three policy shifts represent a sustained assault on the arts, humanities and social sciences. Ministerial vetoes of ARC discovery grants in late 2021 added to the picture of federal government disregard for our fields of education and research and their role in Australian society.

Read more: Here's what the major parties need to do about higher education this election

The myths about ‘job-ready’ graduates

The Job-Ready Graduates Package was announced in 2020. Student fee increases of 113% apply to most arts degree subjects from 2022. This has had a direct impact on inflation.

The previous government assumed that studying these subjects will not get you a job, despite its own graduate outcomes data showing the opposite. According to Universities Australia, 36% of domestic students and 11% of international students were enrolled in arts, humanities and social sciences in 2018. Yet the government inferred that these disciplinary fields contribute little to Australia’s cultural and economic interests.

According to research commissioned by the Council of Deans, graduates from the HASS fields make up two-thirds of the Australian workforce. The QILT Employer Satisfaction Survey of 2021 showed graduates of “society and culture” degrees exceed the national average in their preparedness for employment.

Read more: 3 flaws in Job-Ready Graduates package will add to the turmoil in Australian higher education

A blinkered approach to research commercialisation

The research commercialisation plan will focus research efforts on the six national manufacturing priorities identified in the Modern Manufacturing Strategy.

Researchers in the humanities and social sciences will find it almost impossible to attract funding under these priorities. The creative industries might have better prospects in some areas such as design for new technologies.

However, the Coalition government’s own policies were contradictory. The National Research Infrastructure Roadmap, released in April 2022, points to “outcomes from research in the creative arts, humanities and social sciences disciplines” as being “critical to achieve the economic, social and environmental benefits we strive for”. The roadmap suggested this research will “play an important role in ensuring social acceptance and uptake of research outcomes, adoption of new technologies and ensuring ethical and responsible development and application of emerging technologies”.

The Council of Deans welcomed this recognition of the value of HASS research.

Read more: Will the government's $2.2bn, 10-year plan get a better return on Australian research? It all depends on changing the culture

In December 2021, acting minister Robert asked that discovery grants be assessed under a strengthened national interest test. He also asked the ARC to “bring forward a proposal to enhance and expand the role of the industry and other end-user experts in assessing the National Interest Test of high-quality projects”.

We have argued these proposals represent a major shift for researchers in Australia. They would further entrench the changes that are pushing research dollars away from arts, humanities and social sciences.

Not only this but, as I noted at a Senate hearing on the ARC Amendment Bill 2018, applying a national interest test to inquiry-driven research links funding decisions to immediate, commercial and political concerns. Our STEM colleagues agree.

ARC research grants have also been subject to vetoes by government ministers, drawing condemnation both in Australia and internationally. The vast majority of grant vetoes since 2005 have affected humanities and social science projects, with the government showing ignorance of our contribution. Senator Amanda Stoker, for example, representing the education minister at a Senate estimates hearing in February, said:

“We are very happy to stand by the decision to reject a research project on how climate shaped the Elizabethan theatre. Presumably it’s something about how the theatre might have needed a roof or something.”

Read more: Why we resigned from the ARC College of Experts after minister vetoed research grants

The value of our disciplines can be seen in every part of Australian life. Without arts, humanities and social sciences research we would not be using languages to build peace and diplomacy in our region, or have our current social institutions forging democracy. We would not have “Big History”: the study of how how humans and our environment have co-existed and influenced change over time leading to the profound understandings of humanity’s origins through interdisciplinary research. We would have little shared conceptual knowledge of our nation’s ancient histories and Indigenous cultures.

We have extensive collective experience as deans of these disciplinary fields in almost every university in Australia. We argue that researchers in the humanities, arts and social sciences have been highly responsive to the need to forge relevant research.

We look forward to working with the next minister for education to implement changes to these policies that will benefit our universities and the hundreds of thousands of students studying in our degree areas.

Catharine Coleborne is the President of the Australasian Council of Deans of Arts, Social Sciences and Humanities (DASSH), the peak body for Deans (and equivalent roles) of these fields across Australia and New Zealand, representing 43 university members. 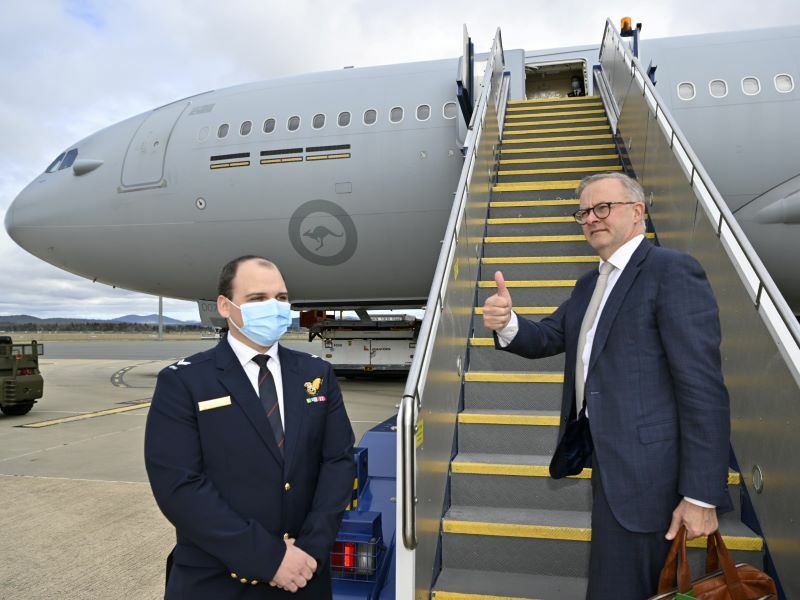