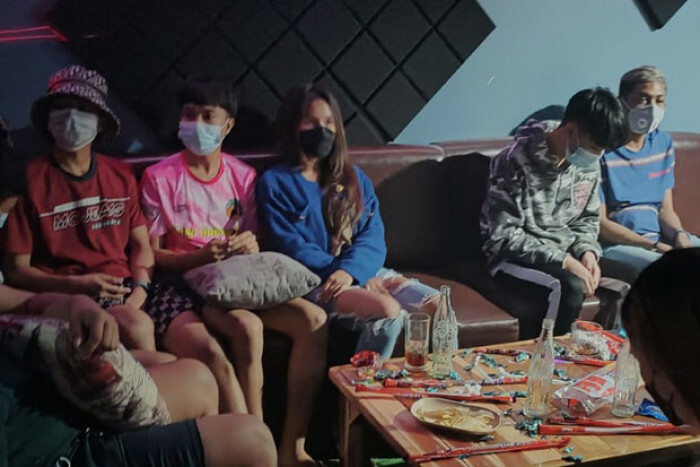 SONGKHLA: Twenty-nine young men and women were arrested in a raid by a team of police and administrative officials on a pub-cum-restaurant in Hat Yai district in the small hours on Sunday.

The raid on Walk In bar on Rat-uthit road in Hat Yai was launched at about 1.30am after complaints it was open in violation of the ban imposed by the provincial communicable disease committee under the emergency decree to contain the Covid-19 pandemic.

Packets of ecstasy drugs and ketamine powder were found on the floor and in the bathroom.

Ms Ranida said a group of young people had rented the room for a birthday party. They said there would be only five or six attendees, but the number turned out to be 29, she added.

The party-goers and the pub owner were handed over to Hat Yai police for legal proceedings. They were initially charged with violating a ban on gatherings issued under the emergency decree and illegal use of drugs.