It was a summer of change at Manchester United after Erik ten Hag succeeded interim manager Ralf Rangnick in the hot seat.

The Dutchman was hired to rebuild United's squad following their sixth-placed finish in the Premier League last term and did so by bringing in six first-team players - Tyrell Malacia, Christian Eriksen, Lisandro Martinez, Antony, Casemiro and Martin Dubravka.

Yet Ten Hag also allowed several players to leave Old Trafford. A total of 27 players said goodbye to United, with 15 of those doing so on a permanent basis. Here, Mirror Football takes a look at how those players are getting on in their careers since their departures.

Much was expected of Cavani at United after he scored 17 goals during the 2020/21 campaign, yet the return of Cristiano Ronaldo in August 2021 saw the Uruguay international fall down the pecking order and he was released at the end of last season.

It took Cavani, 35, a while to find a new club, but he signed a two-year contract with La Liga hopefuls Valencia at the end of August. He made his debut for the Spanish outfit in their 3-0 win against Celta Vigo last weekend, coming off in the 72nd minute.

Which former Manchester United player have you been impressed by this season? Let us know in the comments below!

Lingard emerged from United's academy a decade ago and enjoyed some success, scoring in their FA Cup and EFL Cup final wins in May 2016 and February 2017 respectively. Yet the England international, 29, played just 16 Premier League games during his final two seasons at Old Trafford before being released in June.

Lingard shocked the Premier League when he signed a one-year deal at newly promoted Nottingham Forest in July. He's not made much of an impact at the City Ground, failing to score or provide an assist in his first six outings for the two-time European champions. Lingard is likely to be in the midst of a relegation battle this term, as Forest sit in 19th.

Mata spent eight-and-a-half years at Old Trafford following his transfer from Chelsea in January 2014, playing 196 Premier League games for the club. Yet just 16 of those outings came during his final two seasons at United, as the 34-year-old was released in June.

Like Cavani, Mata waited to announce his next club. He eventually joined Galatasaray on a one-year deal at the start of this month but is yet to play for the Turkish giants.

United paid a world-record transfer fee of £89million to re-sign Pogba from Italian giants Juventus in the summer of 2016, but he failed to live up his billing - winning just two trophies. The World Cup winner, 29, was released from his contract in June.

Pogba re-joined Juventus on a four-year deal in July but is yet to feature after suffering a knee injury in pre-season. He is now in a race to be fit for this year's World Cup in Qatar, as Juventus have confirmed he won't play for them again until after tournament.

Matic was granted a free transfer by United at the end of last season, concluding his five-year spell at Old Trafford. The 34-year-old agreed a one-year deal with Roma in June, reuniting with ex-United manager Jose Mourinho for the third time in his career.

Matic has played in all nine of Roma's games this term, helping them pick up 13 points from their first seven Serie A fixtures. Mourinho's side are four points behind leaders Napoli and Atalanta in the table after losing 1-0 to the latter side in their most recent game.

Pereira's time at Old Trafford came to an end in July when Fulham signed him for an initial £10m. The 26-year-old hadn't played for the Red Devils since the 2019/20 campaign, spending time on loan at Italian giants Lazio and Brazilian side Flamengo.

Pereira has started all seven of Fulham's Premier League outings this season, helping them make a stunning start to the season. The newly promoted club are seventh in the table after wins against Forest, Brighton and Brentford - sitting just a point behind United.

Few were surprised when Henderson revealed his desire to leave Old Trafford following a nightmare 2021/22 campaign, playing just three games. The 25-year-old joined Forest on a season-long loan in July and soon made his feelings known about his United exit.

"To be honest with you, it's probably been the toughest 12 months of my career," Henderson told talkSPORT. "It's been tough, it's been hard and I'm so happy I've got out the other end of it. I'm so excited to be here and ready to go.

"The conversation I had coming out of that Euros squad was 'you're coming back here to be the number one goalkeeper'. I got Covid, come back, I should have still been the number one, but unfortunately, no-one followed through with anything they told me.

"It was frustrating because I turned down so many good loans last summer for that reason and they wouldn't let me go. So, it was frustrating. To sit there and waste 12 months, it's criminal really at my age. I was fuming... so I'm really excited to be here [at Forest]."

Yet the move hasn't gone to plan. Although Henderson has started all seven of Forest's Premier League fixtures this season, he's conceded 17 goals - with only Leicester and Bournemouth conceding more. It remains unclear whether he has a future at United.

The arrival of Tyrell Malacia allowed Telles to join Spanish side Sevilla on a season-long loan in August. The Brazil international, 29, joined United from Portuguese giants Porto in October 2020 but has played just 30 Premier League games to date.

Telles' time at Sevilla isn't going awfully well. while he's played seven games in all competitions, he's only started once in La Liga. Julen Lopetegui's side have also made a poor start to the term, picking up just five points from their first six league games.

United splashed the cash to sign Diallo from Atalanta in January 2021, paying the Italian side an initial £19m for his services - with a further £18.2m due to come in add-ons. Yet the 20-year-old winger has played just nine games for the Red Devils since the move.

Diallo joined Sunderland on a one-year loan deal in August but is yet to start for the Championship club, making just three substitute appearances.

The Ivory Coast international joined Marseille on a season-long loan in August following seven difficult seasons at Old Trafford. Despite showing glimpses of his quality, he played just 70 Premier League games for the Red Devils - 25 of which came during his first term.

Bailly has since slammed United. "The club should avoid favouring English players and give everyone a chance," he recently told reporters. "[The club should] encourage competition in the dressing room, not just look out for some.

"I’ve always had the feeling that the national player was prioritised... Some people take it for granted that they are going to start, and that weakens the team. Luckily [Erik] Ten Hag has a lot of character and I hope he can change that dynamic."

Bailly has played five games for Marseille - including the 2-0 Champions League defeat to Tottenham - but missed their most recent Ligue 1 fixture against Stade Rennais with a thigh complaint. It'll be interesting to see if he gets another chance at United next term.

James Garner - The 21-year-old midfielder completed a permanent move to Everton on deadline day but was left on the bench for their recent 1-0 win against West Ham.

Lee Grant - The 39-year-old goalkeeper retired at the end of the last season and is now a first-team coach at Ipswich Town, working under ex-United coach Kieran McKenna.

Paul McShane - The former Republic of Ireland international, 36, also hung up his boots and is now a professional development phase coach at Old Trafford.

Reece Devine - The 20-year-old defender completed a free transfer to League Two side Swindon Town but is yet to play.

D'Mani Mellor - The 22-year-old striker was allowed to join League One outfit Wycombe on a free transfer and has since scored one goal in five appearances.

Connor Stanley - The 20-year-old winger joined League One hopefuls Bolton's academy and is yet to make his first-team debut.

Martin Svidersky - The 19-year-old midfielder completed a free transfer to Spanish side Almeria and was on the bench for their last two La Liga fixtures.

Dylan Levitt - The 12-cap Wales international, 21, joined Dundee United for an undisclosed fee after a successful loan spell last term and has played nine games this time around.

Hannibal Mejbri - Like Chong, the 19-year-old midfielder joined Birmingham City on a season-long loan and has made four substitute outings in the Championship.

Alvaro Fernandez - The Spain youth international, 19, joined Championship side Preston on a season-long loan but has failed to score in his seven appearances.

Ethan Laird - The 21-year-old signed for QPR on a season-long loan and has since earned praise for his performances at right-back, playing seven Championship games.

Will Fish - The England youth international, 19, is currently on loan at Hibernian and has made the bench for two Scottish Premiership games.

Charlie Wellens - The 19-year-old son of EFL legend Richie is currently on loan at National League side Oldham Athletic and has made three appearances.

Matej Kovar - The 22-year-old goalkeeper was snapped up on a season-long loan by Sparta Prague late in the transfer window and has started their last two games. 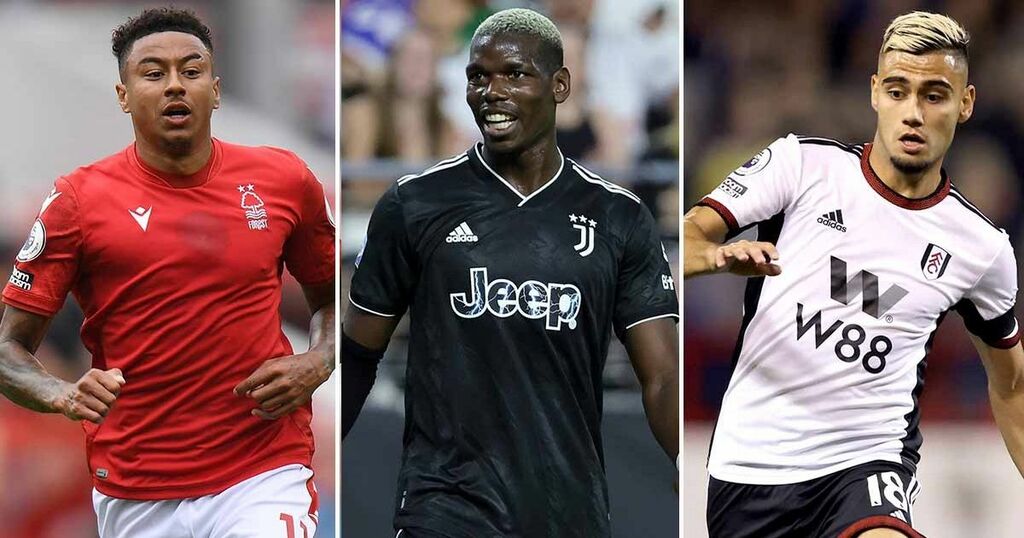 Daily Mirror
From analysis to the latest developments in health, read the most diverse news in one place.
26 Liverpool players who left in summer window - and how they've fared at new clubs

Liverpool had a busy summer in terms of outgoings, with Jurgen Klopp moving on several fringe players and sending many…

Manchester United boss Erik ten Hag allowed a number of players to depart Old Trafford temporarily this summer, with some…

Daily Mirror
One place to find news on any topic, from hundreds of sites.
Steve Cooper's year at Nottingham Forest from promotion high to Premier League pressure