By Chris Bruce
Honda
Listen to this article

The 2023 Honda CR-V inaugurates a new generation of the strong-selling crossover. The vehicle doesn't debut until this summer, but the folks from Top Electric SUV use the recent official teaser images to create renderings of how the whole front and rear might look.

Compared to the current model, the 2023 CR-V has a radically different front end (see comparison below). Starting from the top of the nose, the headlights are narrower. The grille is larger, and there are bigger openings in the mesh pattern in the middle of it.

The lower fascia now features silver-colored trapezoidal elements in the lower corners. There are also new L-shaped inlets on the outer edges.

At the back, the 2023 CR-V looks quite a bit different from the current model. The L-shaped taillights are narrower and more angular. The location for the license plate is higher now, and there's arched sculpting below it. Silver, trapezoidal elements fit into the area beneath the bumper.

Honda is not yet offering any technical details about the 2023 CR-V. The company confirms both a purely combustion-powered version and a hybrid are part of the lineup. The electrification tech reportedly receives a major upgrade.

The design of the 2023 CR-V for the Chinese market already leaked out from that country's Ministry of Industry and Information Technology. That vehicle was slightly different from what Honda teased for the US. The biggest change was the styling for the grille and front fascia.

None of the teasers or spy shots show far give us a good look inside the new CR-V. Judging by recent Honda products like the latest Civic, we are expecting infotainment system updates and improved materials.

If the CR-V is too small for what you need, then a new Pilot is also debuting later this year. Early indications suggest that it has sharper styling than the current one. The crossover reportedly shares the Acura MDX's 3.5-liter V6 that makes 290 horsepower. 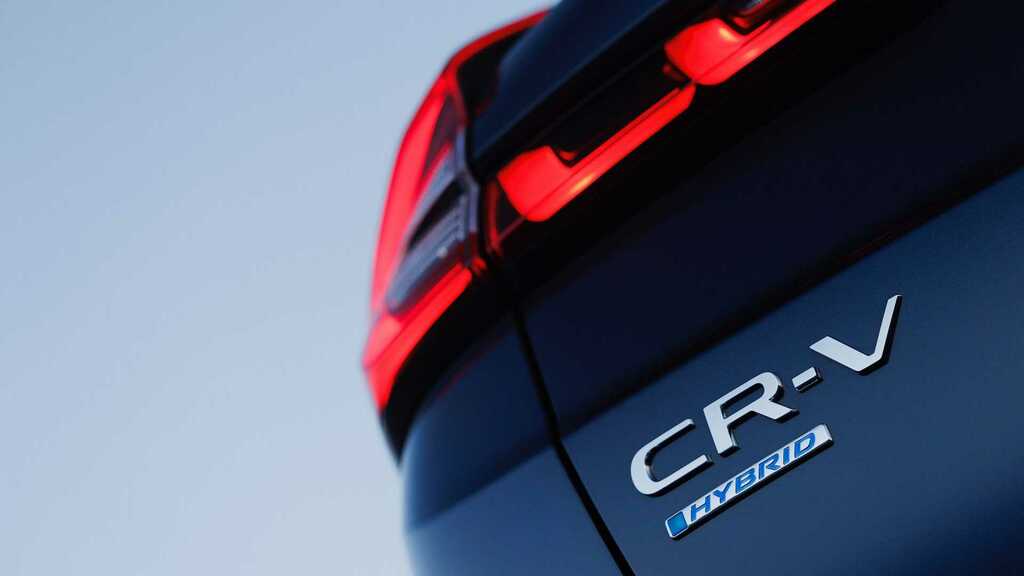 2023 Honda CR-V Previewed In Hybrid Flavor Before Summer Debut
It's touted to have a more advanced hybrid system for a sportier driving experience.

The brand offers a glimpse of the sporty model driving at night.

Motor1
Best Spy Shots For The Week Of May 23