By Anthony Alaniz
AudiCompetition (Organization)
Listen to this article

The Audi RS5 Coupe and Sportback will be available with a new Competition package for the 2023 model year. Audi expects to begin taking orders next month for the pack, making the car louder, lower, and faster than the standard RS5.

The 2023 RS5 will continue to use Audi's twin-turbocharged 2.9-liter V6 engine that produces the same 444 horsepower (331 kilowatts) and 442 pound-feet (600 Newton-meters) of torque as before. However, the Competition pack increases the car's top speed from the standard 155 miles per hour (250 kilometers per hour) to 180 mph (289 kph). That's 6 mph more than the previous Dynamic Plus package.

The Competition also adds a new "RS sport exhaust system" onto the RS5, which features matte-black tailpipes and a "more intense sound pattern." Audi aids in piping that sound into the interior by removing nearly 18 pounds of sound insulation between the engine compartment and cabin. The company also enhances the rear differential and retunes the car's steering.

The RS5's gearbox shifts a bit quicker through its eight speeds with the package, and it also receives a new adjustable coilover suspension. The suspension lowers the RS5 Competition by 0.4 inches (10 millimeters), and it can go another 0.4 inches (10 mm), reducing the car's ride height by up to 0.8 inches (20 mm) compared to the regular RS5. Audi also adds stiffer stabilizers while offering Pirelli P Zero Corsa tires.

Inside, Audi adds a splash of sportiness with pearl Napa and Dinamica front seats with piano black side trim, Alcantara with contrasting red stitching on various components, red accents throughout, and matte RS carbon inlays. On the outside, Audi adds high-gloss black trim and several matte carbon-fiber pieces, like the front splitter, rear diffuser, and exterior mirror housings. The RS5 also receives a carbon-fiber engine cover under the hood.

Audi will offer the same upgrades to the RS4 Avant (below) in the form of new Competition and Competition Plus packages. Audi will also provide both packs on the RS5 outside the US. 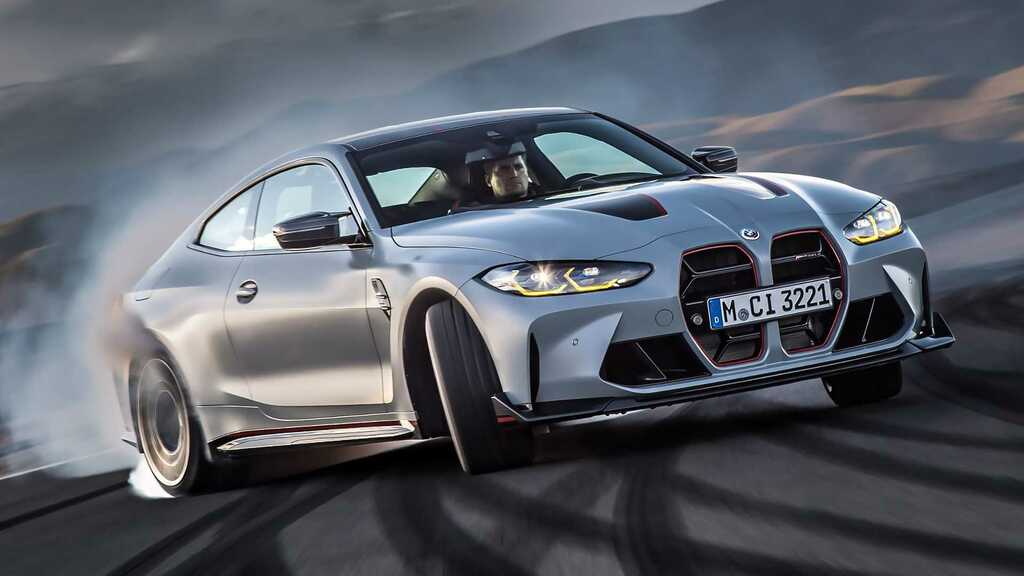 Up to 429 horsepower and a sub-4-second sprint to 60 make for a lively EV, even if it’s supposed to…