On May 25, 2022, Yamaha released the 2022 YZF-R25 ABS in the Japanese market, with new colors and a few updates. If you’re a fan of that particular quarter-liter bike and you also love Yamaha’s gorgeous 60th anniversary livery, we also have some good news for you. For 2022, Team Blue is releasing a special 60th Anniversary YZF-R25, complete with that classic white and red livery from the 1980 Yamaha YZR500. That special livery is limited to just 240 units, and once they’re gone, they’re gone. Let’s take a look at all the 2022 YZF-R25 newness, shall we?

The suspension consists of an upside-down front fork and a rear monoshock and swingarm setup. It rolls on 17-inch alloy wheels front and rear, which are also fitted with single-disc brakes. As you probably noted from the model name, ABS comes standard on this bike.

For 2022, the YZF-R25 has been updated to comply with Reiwa 2 (roughly equivalent to Euro 5) emissions regulations. Also, there’s now a quick shifter option available, and LED lighting comes standard on the R25, as does an LCD display on the dash. Vehicle weight is listed as 169 kilograms, or just over 372.5 pounds, though Yamaha doesn’t specify whether this is a dry or a curb weight.

Now, about the visuals. The 2022 Yamaha YZF-R25 ABS comes in your choice of three base colors in the Japanese market: Vivid Orange Metallic, Deep Purplish Blue Metallic, or Black Metallic. MSRP for any of these three colors is ¥ 668,800, or about $5,248 as of May 25, 2022. That price includes Japan’s 10 percent consumption tax.

What about the special 60th anniversary World GP limited edition? As you may expect, it’s an appearance package that looks nice, but doesn’t really add anything in the way of performance to your YZF-R25. (While what constitutes “pretty” is subjective, who doesn’t want their bike to look pretty? That’s right, no one.) In addition to that beautiful white and red heritage paint and graphics job, the 60th Anniversary livery also comes with gold wheels, gold outer fork tubes, a special gold Yamaha tuning fork badge on the tank, a yellow spring on the monoshock, and black levers up front. 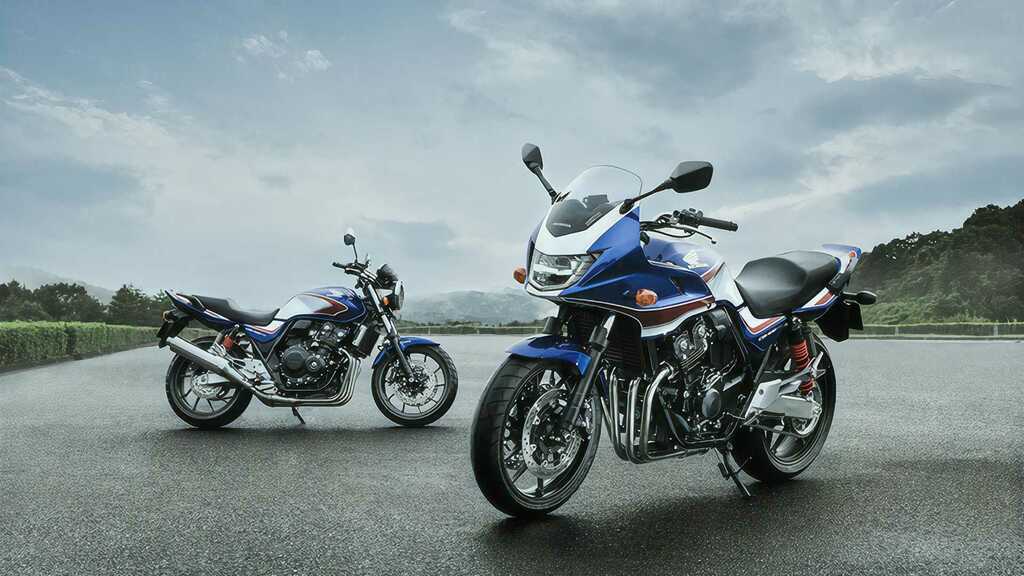 Honda announced some cosmetic changes for the 2022 Super Cub 50, bringing a little color to its smallest-displacement lineup for…