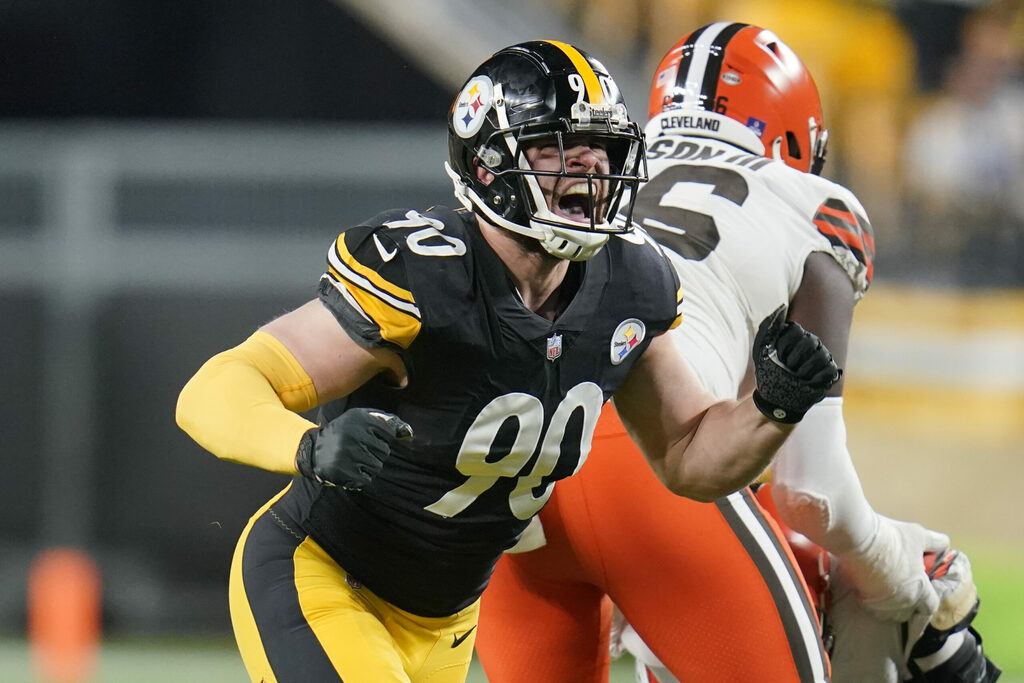 2022 NFL Schedule: 4 Philadelphia Eagles games that could be played in prime-time this season

Evening Standard
Read news from The Economist, FT, Bloomberg and more, with one subscription
Learn More
Hamilton: I wasn't defeatist with Spanish GP call to save Mercedes F1 engine

PITTSBURGH — The Steelers will open their 2022 regular season on the road against the defending AFC North champion Cincinnati Bengals, but will play one of the NFL’s marquee games at home when they celebrate the 50-year anniversary of the Immaculate Reception against the Las Vegas Raiders on Christmas Eve in prime time.

The Steelers will open their home schedule in Week 2 against Bill Belichick and the New England Patriots on Sept. 18.

It is the eighth consecutive year the Steelers will open their season away from home. They are 4-2-1 in the previous seven road openers. The NFL released the regular season schedules for all 32 teams Thursday night.

In what has become an annual occurrence, the Steelers will play five games in prime time, including an early-season Thursday night meeting in Cleveland on Sept. 22. The others are on the road against the Miami Dolphins (Oct. 23) and Indianapolis Colts (Nov. 28) and home against the Bengals (Nov. 20) and Raiders (Dec. 24 — 50 years and one day since the Immaculate Reception).

In addition to the Raiders and Patriots, the Steelers will also have a marquee matchup at Heinz Field against Tom Brady and the Tampa Bay Buccaneers on Oct. 16.

The Bengals were the only division team the Steelers failed to beat last season. They will play them at home on Nov. 20 in a Sunday night matchup at 8:20 p.m.

The Steelers will play the Baltimore Ravens on Dec. 11 and New Year’s Day in Baltimore. They will end their regular season at home against the Browns, but the exact date — either Jan. 7 or 8 — has not been determined by the league. The Steelers were a combined 4-0 against the Ravens and Browns in 2021.

2022 NFL Schedule: 4 Philadelphia Eagles games that could be played in prime-time this season