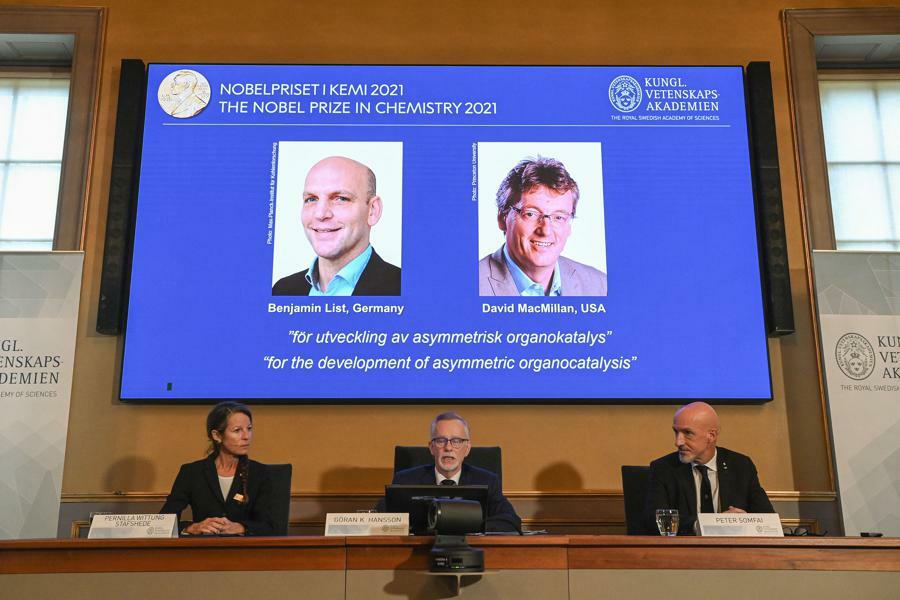 German chemist Benjamin List and Scotland-born chemist David W.C. MacMillan were awarded the 2021 Nobel Prize in Chemistry on Wednesday for their work in developing a new way for building molecules known as “asymmetric organocatalysis.”

In its press release, the Nobel Assembly said List and MacMillan’s work has had a “great impact on pharmaceutical research, and has made chemistry greener.”

The ability to construct molecules to form elastic and durable materials is essential for several industries and areas of research, with the use of a catalyst.

Previously researchers believed,  in principle, that only metals and enzymes found in living beings were the two types of catalysts available.

In the year 2000, both List and MacMillan independently developed a third type of catalysis called asymmetric organocatalysis that builds upon small organic molecules.

The Nobel in Chemistry is the third of six prizes that are set to be announced this month, marking exceptional achievements in the fields of physics, chemistry, literature, peace, and economics.

The winners of the 2021 Nobel Prizes will receive a gold medal and 10 million Swedish kronor ($1.14 million).

“This concept for catalysis is as simple as it is ingenious, and the fact is that many people have wondered why we didn’t think of it earlier,” said Johan Aqvist, the chair of the Nobel Committee for Chemistry.