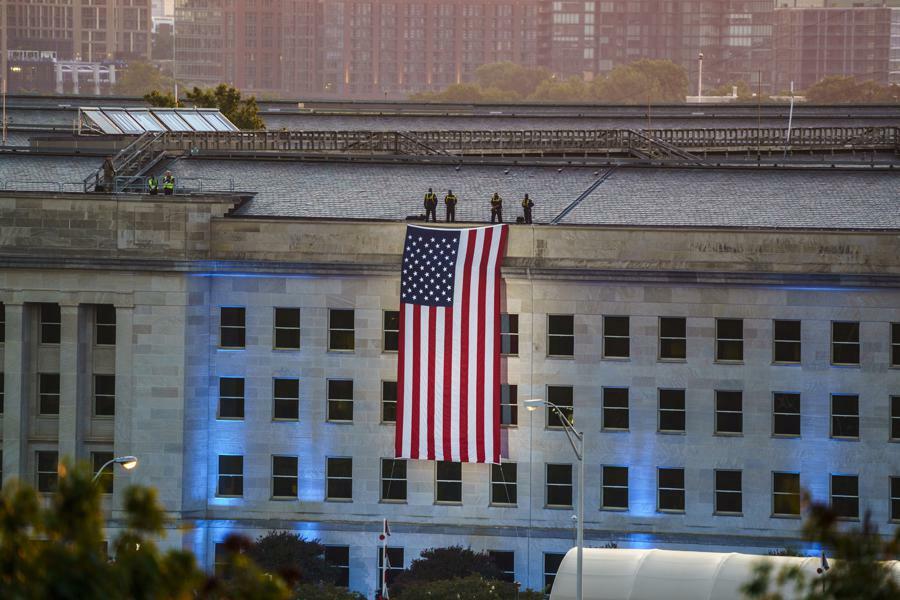 The 20th anniversary of the terrorist attacks of September 11, 2001, was honored Saturday by the loved ones of victims and first responders in events in New York, the Washington, D.C., area and rural Pennsylvania at the places where coordinated attackers crashed hijacked planes two decades ago, as well as in memorials around the U.S. and the world.

The day of remembrance for the 2,977 people who died and thousands who were hurt was observed in events Saturday.

Names of victims of the attack were read aloud at the National September 11 Memorial & Museum, where the twin towers stood in lower Manhattan, in a ceremony which President Joe Biden attended, as well as former Presidents Barack Obama and Bill Clinton.

Bruce Springsteen was among a handful of musicians who appeared at the event, performing I’ll See You In My Dreams on an acoustic guitar.

From New York, Biden flew to Pennsylvania and then to the Pentagon, laying a wreath at each memorial.