A seafood shed and an award winning fish and chip shop where the potatoes are battered have been named among the best places to eat on the UK coast.

Chef Ainsley Harriot and MasterChef judge and food writer Grace Dent have compiled a list of the twenty finest restaurants, cafes and food stalls that can be found next to British coastal waters.

They did so for a new Channel 4 show, Best of Britain By the Sea.

The show will be airing every Monday starting from May 16 and follows the pair as they tuck into the best food seaside Britain has to offer, while meeting the people who make it so good.

Do you think the list has any glaring omissions? Let us know in the comments below.

The Folkestone Wine Company is a simple restaurant with an atmosphere perhaps closer to a cafe.

It is a family run business which aims to combine wine, food, art and music.

The restaurant has been described as "perfectly imperfect".

Sargasso is the seaside outpost of London restaurant Brawn, and sits beside the harbour wall.

It has stunning views and a simple menu, of around 12 daily-changing seasonal dishes.

Fish from the small local boats is a highlight.

The Company Shed, located in West Mersea, is a tiny wooden shed that provides diners with a very unique experience.

The Company Shed has evolved into one of the most renowned seafood restaurants in the country.

It has been trading for 25 years and has drawn in visitors from as far afield as Australia.

A traditional family run fish and chip shop that has been going since 1967.

According to your own Sunday Mirror, "The Aldeburgh Chippie is arguably the best in the world".

The inn has - at least in some form - been quenching residents of the island of Burgh's thirst since 1336.

"Enjoy your favourite drinks and fresh, seasonal food while soaking up stunning views at one of England’s oldest taverns," its website reads.

"This is The Pilchard Inn, the relaxed coastal hideaway with the warmest of Devon welcomes."

According to one Tripadvisor reviewer, the Smoking Lobster Cowes is "amazing".

"Wow! Food from starters, to mains and to desserts, was amazing," they wrote.

"Fresh and tasty. Empty plates all over, an enjoyable way to have a celebratory meal. Restaurant had a relaxed atmosphere.

"Staff were welcoming and attentive, even though our drinks order was forgotten, it was resolved without any trouble. You definitely get what you pay for but it’s definitely worth it."

Sandy Mount House opened in the seaside village at end of 2018 after a £2m investment by owners Louise and Philip Goodwin.

It describes itself as "a home from home to eat, gather & sleep. Think cosy corners, log fires & stylish interiors."

Award-winning Exmouth chippy Krispies is known throughout the land for its famous battered chips.

After the 2019 awards, customers were traveling across the country to get their hands on their famous food.

Owner Kelly Barnes said: “It is crazy that people are traveling down just to try our fish and chips, but it’s also very exciting because we obviously want everyone to try our food.

“And the people that have come down have all cleared their plates so they must have enjoyed it."

The Fairy Dust Emporium is a small tearoom which seems to be loved by everyone who visits it.

"I went here for lunch today with my friend on a trip to Silloth, the food was good and the staff are very friendly," one Tripadvisor reviewer said.

"The cakes looked delicious but after my main course I had no room to try one but my friend did and she said it was lovely.

"It was lovely to see all the room decorated with little ornaments and all the hats."

The Hidden Hut is tucked away along the National Trust coastal path close to Portscatho and St Mawes.

It provides freshly cooked food including simple dishes in the day, such as pasties and ice cream, and rustic feasts in the evenings.

A few years ago the Silver Darling had a bit of an overhaul, turning it from a rather fancy restaurant with a French tilt, to a more modern English eatery.

It has won many plaudits in its current form, which has maintained its key selling point - a spectacular view of the sea.

An item to try is the Silver Darling’s £60 full house seafood platter, which consists of oysters, langoustines, mussels, prawns and herring.

The Mariner's is a traditional Cornish pub that serves plenty of local ales alongside its delicious food.

It branches out into non-seaside related food, to great success, according to many people who've been lucky enough to eat there.

One happy diner said that the Mariner's had served him the best burger he'd ever had, taking the title from a San Francisco joint.

The Saunton Sands is an unassuming hotel with elegant Art Deco architecture and decor, and a great view of the beach.

The Telegraph writes: "The jewel in the Brend Hotel crown, Saunton Sands Hotel knows what it does best and sticks to great traditional service.

"The smart and smiley doormen were brilliant rather than awkwardly attentive or over-zealous – staff are all very helpful and welcoming.

Everyone who has visited Docwra's Chip Stall has been overjoyed by their visit, if online reviews are to be believed at least.

The general consensus is that the range of fish is great, and the chips the best in town.

West Beach Café Bar provides possibly the best views of the sea and beach in the whole of Brighton.

The cafe serves coffee, pastries, light lunch bites and a range of drinks to enjoy as you take in the fine vista.

The Carbis is an upmarket place which is split across several different restaurants, offering fine dining in each.

"In the spacious restaurant, all tables have a spectacular sea view and trying not to waste means that the cooking is creative and dramatic," the Standard writes.

A restaurant that very much does what it says on the tin, by offering a series of items based on garlic and garlic itself.

It is well liked for its range of savoury and sweet vegan and vegetarian options, as well as meat hunted from the local area.

"Stopped in for breakfast after a 90 minutes walk along the coast path from Newbiggin," one happy costumer writes on Tripadvisor.

"Friendly staff and very clean. Between us we had the full English, a sausage and egg bap and a toasted tea cake . All was delicious and good quality.

"Took a price of the famous key lime pie to takeaway (having read about it in the Sunday papers ) . Amazing and as good as I’ve had in Florida."

The Angel is a bit of an outlier on this list, in that it sits on the edge of a river rather than by the sea.

It is best known in foody circles as the place where Joyce Molyneux rose to fame producing high-end British cooking in the 1970s.

It has now been taken over by Elly Wentworth, whose food delivers bold flavours from ingredients found within a 30 mile radius.

Grace's Bakery was set up by Ray and Carole Redrup in 1997 and is now run by the couple, their four children, and several other members of their family.

Overnight the bakery's ovens are brought to life producing a great range of breads and pastries which are delivered to people across the island come the morning.

The sausage rolls, which can be bought over the counter, are particularly well regarded.

Sign up to the Mirror's travel newsletter for more holiday tips and updates. 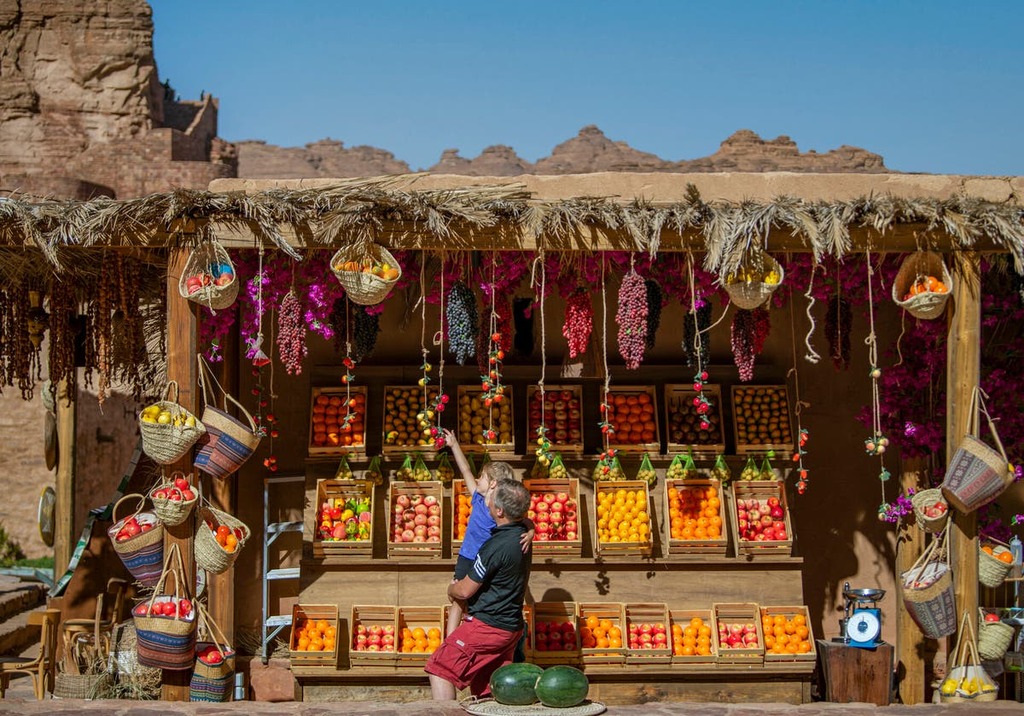 The new foodie capital you need to know about…
From high end gastronomy to cultish street food, the diverse, vibrant Saudi food scene is a reason to travel, and…

With eight fabulous stops, you're in for a tasty time