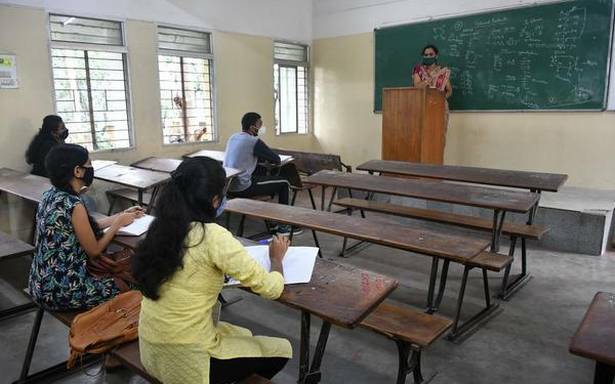 Nearly 20% of candidates who sat for the Teachers Eligibility Test (TET), to be eligible to apply for teaching posts in primary schools across the State, cleared the competitive examination. This is a huge jump from last year, where only 3.93% of the candidates were eligible for recruitment.

The test was conducted on August 22 in seven languages. Sources in the Department of Public Instruction said that a larger percentage of candidates cleared the test this year as the paper was set in a “lenient manner”.

“We had shown leniency as we needed to recruit teachers in government schools which will be possible only if there is an adequate number of eligible candidates,” said an official.

Source also added that many candidates who had failed in the previous years reappeared for the test as the TET certificate is now valid for a lifetime. Until this year, those who cleared the TET were eligible to teach in primary schools only for seven years, after which they had to give the test again.

Basavaraj Gurikar, vice-president, All India Teachers’ Federation, attributed the rise in the number of candidates who cleared the TET to the lockdown, which he felt gave people more time to prepare. “Teachers took the test seriously and all credit should go to their hard work,” he said.

The results of 21 candidates have been kept under hold as they did not follow exam related instructions. The results of these candidates will be released after verification in accordance with the norms.