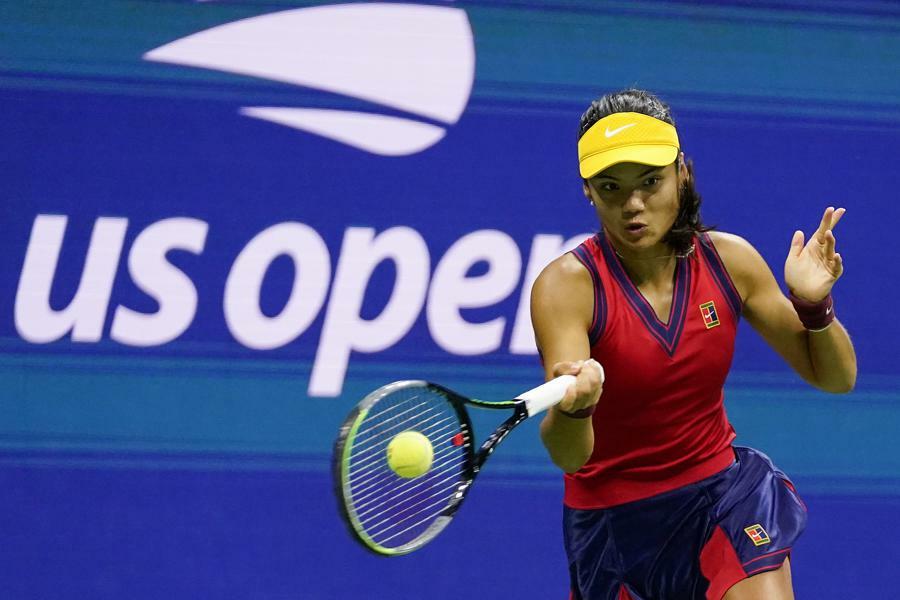 Two teenagers have taken over the women’s draw and captivated the crowd at the U.S. Open.

Shortly after 19-year-old Leylah Annie Fernandez of Canada earned her place in Saturday’s women’s championship match, 18-year-old Brit Emma Raducanu stormed her way in with a 6-1, 6-4 destruction of No. 17 Maria Sakkari of Greece.

Raducanu, who was already the first qualifier in the Open Era to reach the semifinals, has now won nine straight matches — including qualifying — without dropping a set.

She is the first qualifier — male or female — ever to reach a Grand Slam final.

“Honestly, the time here in New York has just gone so fast, I’ve just been taking care of each day and before you know it I’m in the final and I can’t actually believe it,” she told ESPN’s Rennae Stubbs on court. “Thanks for everyone.”

Whoever wins on Saturday will have come from virtually nowhere to earn a place as a Grand Slam champion while picking up a $2.5 million paycheck. The runner-up takes home $1.25 million. The two teenagers know one another from the juniors, where Raducanu won 6-4, 6-4 in the Wimbledon juniors a few years back.

“I mean, is there any expectation?” she said with a laugh. “Technically I’m a qualifier so there’s no pressure on me.”

Raducanu could not have guessed when qualifying began that she would be one of the final two women standing.

“I didn't expect to be here at all. I mean, I think my flights were booked at the end of qualifying, so it's a nice problem to have,” the world No.150 admitted with a smile.

But she is playing like she belongs. Raducanu won the first five games of the match en route to a quick first set.

Playing with poise that belied her age, she got an early break in the second set and held serve to take a 5-3 lead when Sakkari smacked a forehand wide.

Serving at 5-4, she earned a match point with a forehand deep to Sakkari’s backhand that the Greek returned into the net.

On match point, she came into net and hit a swinging forehand volley winner before dropping her racket in disbelief and then smiling and waving to the crowd.

She finished with four aces and 15 winners against 17 unforced errors.

Raducanu took inspiration from British great Tim Henman, who was in the crowd and has been telling her to “stay present” and “not get ahead of herself.”

“I’m really grateful for Tim and everything he’s done for me,” she said.

With Serena and Venus Williams, Rafael Nadal (foot) and Roger Federer (knee) all sidelined this year due to injuries, these youngsters are winning fans and making headlines in one of the most exciting Opens in recent memory.

“What this tournament was going to struggle with was sort of the buzz factor, the it factor, the entertainment value,” Patrick McEnroe said on ESPN. “The tennis was going to be at a high level no matter what, but the players, particularly those younger players, with the help of these fans, have taken it to a whole other level. They’ve really embraced it.

“It’s been awesome to watch them stepping up to the plate on the big stage, delivering great tennis and great entertainment and great sportsmanship as well. It’s been an amazing week for tennis.”

Whoever wins the final will become the 14th different women’s Grand Slam champion in the last 19 majors.

By contrast, Novak Djokovic has won eight of the last 12 men’s majors and is seeking to complete the first Grand Slam in men’s tennis since 1969.