15 tribal habitations cut off from mainland 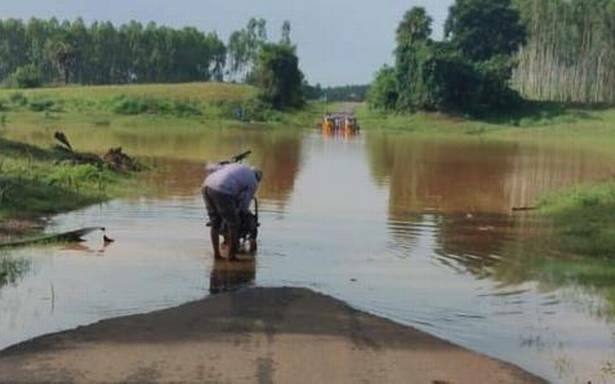 Nearly 15 Koya tribal habitations nestled between Sokileru rivulet and Sabari river have been cut off from the mainland in Chintoor Agency in East Godavari district.

The Sokileru rivulet, on the outskirts of Chintoor, is in spate, cutting off road connectivity for a few villages to enter Chintoor, the administrative headquarters of the Agency.

Integrated Tribal Development Agency (ITDA-Chintoor) Project Officer A. Venkata Ramana said the road had been under water at eight locations. In V.R. Puram mandal alone, the road has been blocked at three locations. Two State Disaster Response Force teams were ready for any evacuation, he said.

Mr. Venkata Ramana said evacuation of people would begin only after flood level exceeded 11 lakh at Peruru in Telangana.