15 things you must eat and drink in Nottingham 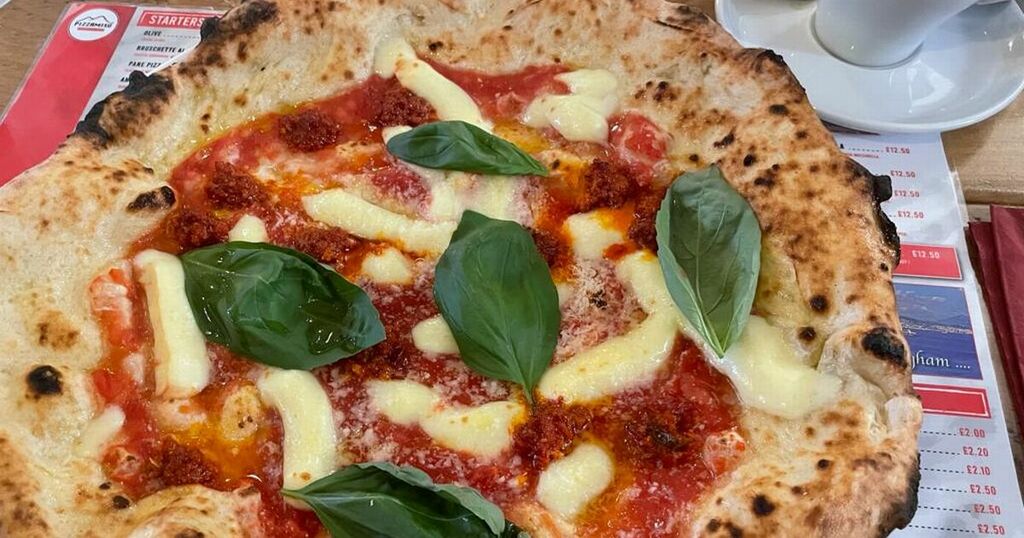 The pandemic brought the hospitality industry to its knees so this year's National Hospitality Day on September 18 is more important then ever.

By supporting your favourite places you'll be helping businesses to get back on their feet - as well as treating yourself to some terrific food and drink.

Organisers say: “The pandemic hit the hospitality industry and the suppliers that support it like a hammer blow. Restaurants, pubs, bars, hotels and venues have all grappled with an existential threat this past year, as have the farmers, brewers, manufacturers and distributors that supply them.

“Despite this, operators and their suppliers have demonstrated huge resilience. They’ve worked tirelessly to fuel the workers in the frontline of the fight against Covid. They’ve kept hospital patients, care home residents and schoolchildren fed.

"Hospitality can be a challenging industry to work in. Many factors – long hours, low pay, the adrenaline of service – can conspire to raise stress levels. And hospitality workers are of course prone to all the challenges – physical, mental, financial – that affect the human condition.”

Nottingham is brimming with cafes, pubs, restaurants and bars and now is the time to champion them so here is our guide to some of the most memorable food and drink in and around the city, from old favourites to newcomers.

It's like stepping back in time at the elegant Nottingham city centre tea room, with its sparking chandeliers, old-fashioned music and smartly dressed waitresses wearing formal black and white attire.

Afternoon tea is as traditional as it comes with an array of finger sandwiches - crusts off, of course - and fillings that vary daily, scones with jam and cream, and a top tier of delicious dainty cakes and sweet treats.

With a range of more than 50 cakes, no two afternoon teas will be the same. And with 30 different varieties of loose leaf tea, there is ample choice when it comes to a brew.

Cheese from The Cheese Shop

Sweet chees-us, this is a cheese lover's dream come true.

The shop in Flying Horse Walk has the most incredible counter with British, continental, soft, hard, blue, goat's and sheep's varieties.

As well as the very best Cheddar and Stilton, you'll find something out of the ordinary like the decadent Truffled Baron Bigod or the unforgettable Stinking Bishop - remember to wind down the car window to let out the stink on the way home as it certainly lives up to its name.

A newcomer to Nottingham's food and drink scene, the Italian restaurant's Neapolitan pizzas are the real deal with a light textured dough that bubbles up on cooking.

A maximum of three toppings allows you to appreciate the flavour of the base - sometimes crisp, sometimes deliciously doughy. Expect the full authentic Italian experience - which doesn't mean pineapple.

You will find fior di latte, Parma ham, pancetta, friarelli (turnip tops) and, for those partial to a spicy kick, 'nduja, one of the fieriest, most addictive flavours known to man.

It was love at first bite and I really don't want to think about how many servings of this stunning dish I've consumed since Bar Iberico first opened in Carlton Street.

It's one of my all-time favourites; just looking at the photograph has left me craving it... and I know I'm not alone as it is one of the restaurant's most popular tapas dishes.

A bold claim but it is hands down the best chicken you will eat in Nottingham. If you're vegetarian, the crispy cauliflower is amazing too.

A British chicken sandwich isn't a patch on a Japanese chicken katsu sando like the one served at Nottingham's skewer shop Kushi-ya.

And while you're at it, order the edamame beans with soy and chilli. They're beyond tasty.

A bagel at Tough Mary's Bakehouse

The waft of freshly baked bread coming from the bakery near Canning Circus is enough to set tummies rumbling in anticipation.

The plump bagels are slightly doughy with the right amount of chewiness, and the best you'll find in Nottingham.

Packed with delicious fillings of smoked salmon, butternut squash and feta, or melt-in-the-mouth pastrami they make one delicious lunch.

It's almost inevitable that you'll leave the shop with one of the cakes - mine's a salted caramel blondie please.

Mushy peas and mint sauce from the Mushy Pea Stall

Nottingham has two Michelin-starred restaurants (Sat Bains and Alchemilla) creating mind-blowing flavours but at the other end of the scale the city's most famous delicacy is a humble pot of mushy peas with mint sauce.

Food trends come and go but a bowlful of warming mushy green goodness never goes out of fashion.

Goose Fair might be cancelled for the second year in succession but there's no need to miss out on the favourite snack which can be enjoyed all year round at the Mushy Pea Stall.

The Hockley Art Club's cocktail is concocted out of vodka, strawberry, lime and cider and topped with a retro ice lolly evoking memories of summers past - but with an alcoholic kick.

Comedian Dara O'Brien was so awestruck when he discovered it he tweeted "a late night report" with a photo of the hidden bar's cocktail.

When it comes to a big fat sugary treat it has to be a doughnut from the King Street shop of Nottingham's homegrown Doughnotts.

There's so many rings of heaven to choose from . A classic peanut butter and jelly would hit the spot right now or Twix Dippa for a chocolate fix.

With a new shop set to open in Beeston shortly, it's going to bring those humongously-sized doughnuts even closer to home (well for me anyway).

Once a single shop in Nottingham city centre, 200 Degrees has grown into an empire, conquering the specialty coffee scene in cities across the UK.

Whether you covet a cappuccino with chocolate sprinkles, lust after a latte with swirly barista art or just need an energising espresso, head to the coffee shops at Flying Horse Walk and Carrington Street.

It's so good that coffee fanatic scientists working in the Antarctic got a consignment of beans for their caffeine fix delivered to their base more than 10,000 miles away.

Other great shouts for coffee in the city centre are the Specialty Coffee Shop, Cartwheel Cafe and Effy. Seek them out if you haven't already.

Fish and chips at the Cod's Scallops

The smell of vinegar on fish and chips is one of life's great foodie pleasures - especially when that chippy tea is from the UK's number one fish and chip shop, the Cod's Scallops.

What I love about the takeaways and restaurants in Wollaton, Carrington and Long Eaton is the variety -not just cod but sea bass, monkfish and even lobster to go with your chips.

With a side of mushy peas, washed down with a glass of chilled white wine, I'm in my happy plaice... I mean place.

Anything from Restaurant Sat Bains

It's impossible to single out a favourite from the two Michelin-starred restaurant that has created so many incredible flavours over the years, going back to a crème brûlée Stilton in the early days to the exquisite new dishes that have appeared on the tasting menu recently.

The first of the season's grouse comes with a cep and ragout tart, elderberry gel and cep, pine and beetroot 'dusty doo', whatever culinary wizardry that is.

Ideas come from all angles - even the pot-holed lane leading up to the restaurant has become the inspiration behind Lenton Lane, a chocolate rocky road, style dessert.

Yes, it's expensive but if you appreciate flavours that arouse your senses you won't regret it.

For something fresh, healthy and quick it has to be a poke bowl from the takeaway in Victoria Centre.

The Hawaiian-style fast food lets you build your own bowl with fish, chicken or tofu, rice, veggies and toppings or there's signature bowls such as wasabi salmon, garlic shrimp and teriyaki chicken.

Real foodies are always on the lookout for something different and there's not many restaurants, let alone Indian ones, that have ostrich on the menu.

A much under-rated meat, it's low in fat and a good source of iron.

There amongst the samosa and bhaji classics at MemSaab is a starter of tandoori ostrich, richly flavoured with ginger, garlic and chilli.

The tender spicy meat, similar to lean beef, is a refreshing change from the usual tandoori meats of chicken and lamb and an exotic way to kick off a curry feast.

Pint of Harvest Pale from a Castle Rock pub

As a non-beer drinker, I asked sherbet-loving pals: "What's Nottingham's most iconic ale?" and a pint of Castle Rock's Harvest Pale was the response.

It's more than 11 years ago since it won Supreme Champion at the Great British Beer Festival in London and it's still one of the most supped beers in Nottingham today.

According to the brewery, the flagship beer has a distinct hop flavour leading to a crisp finish.

Meanwhile craft beer drinkers won't be disappointed by a brew from Neon Raptor at Sneinton Market.

Location: Pubs across Nottinghamshire including the Vat & Fiddle, Lincolnshire Poacher, and Stratford Haven.