15 legendary Cardiff nightclubs no longer around and what replaced them 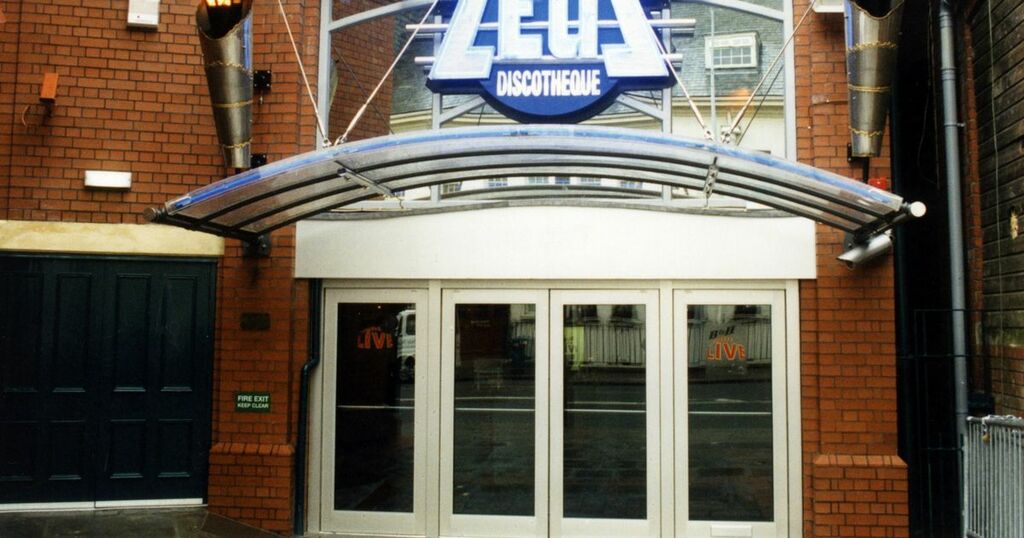 After 18 months of lockdown closures, Cardiff's clubbing scene is finally back in action.

Huge crowds descended on the capital last month as restrictions on nightclubs were lifted for the first time in nearly a year and a half, with Wales entering level zero of the Welsh Government's Coronavirus Control Plan.

It was clear from the scenes captured across Wales that the first big night out was worth the wait, with Cardiff city centre jam packed full of revellers, with huge numbers returning to the city each weekend since.

Read more: The new bars, restaurants and cafes that have opened in Cardiff this year

But while there is no shortage of venues for them to have a drink and a dance, those of a certain age will be reminiscing about some of the classic Cardiff clubs and bars that were huge in the 1980s and 1990s but have since closed down.

But what exactly did the capital's club scene look like 30 years ago? And what's happened to those clubs since? Let us take you on a booze-soaked walk down memory lane.

The Hippo Club, a scruffy building near the back of Cardiff Central Station on Penarth Road, was the centre of the universe if you were into dance music in the 90s.

From 1993, it regularly played host to a stream of superstar DJs and bands who became part of the so-called Cool Cymru movement.

Boy George, Sister Bliss, Judge Jules and DJ Eric Morales were just a few of the big names to play at the venue, which closed in 2000.

With its distinctive 'leafy' green frontage and gold letters, Emporium was a bit smaller than Cardiff's major clubs and split over two levels, while it also had a chandelier which at least a few people would swing from on a night out.

The High Street venue, which opened in 1996 and was immortalised in the movie Human Traffic, has lain empty for the best part of 16 years. You can see more of what it looks like now here.

Sitting in the space behind Duke Street and High Street arcades, the former nightclub, is now part of plans to create a new open courtyard area in the city centre.

A new entrance would be created through an existing passageway off High Street Arcade to the scheme, which is inspired by projects such as Soho’s Kingly Court, tucked away behind Carnaby Street.

While it has been several venues since, for people of a certain age, this club on Greyfriars Road will always be known as Zeus.

Famous for its award-winning 70s night and VIP bar for over 25s at weekends, the club was one of the most popular in the capital until it closed in the early 2000s.

Since then, the site has been home to Creation and Oceana, and is currently Pryzm.

The student favourite - which has a capacity of around 3,000 - finally welcomed back revellers in August after being closed for nearly 18 months. You can read more about that here.

Located next door to Zeus, Brannigans was a popular Monday night spot for students - and with prices like £1 for a pint, it's hardly surprising!

The distinctive Grade II listed building has since been home to Jongleurs before it was taken over in 2016 by Steinbeck & Shaw.

The bar/ restaurant/ club is one of five owned by the chain, with other locations in Brighton, Bristol, Hull and Watford.

As well as an extensive food menu, the venue offers two for one cocktails all day between Sunday and Thursday and until 7pm on Fridays.

By the end of the 1990s, this spot on Churchill Way was Reds, a popular destination for students on a Wednesday night - before that, it was Winstons.

The site is now home to Pulse bar and nightclub, one of Cardiff’s busiest nightspots, renowned for its lively, attitude-free atmosphere and two floors of music ranging from EDM to party classics.

Established in 2007, the venue's basement club and ground floor bar is open every Wednesday, Friday and Saturday night, while food is served on the ground floor from 9am, seven days a week.

Pulse also has regular entertainment on its main stage, with past performers including Charlotte Church, The Wanted, Alexandra Burke and The Saturdays.

After it was Forum, this Queen Street club was Vision 2K and Apocalypse - but for clubbers of a certain (even older) age, this will always be Top Rank.

It was also Astoria in the 1980s before its Forum days - but the venue was always packed week after week regardless of name changes.

Today, with no clubs left on Cardiff's main shopping street, the site that once welcomed so many clubbers is now a branch of Matalan.

However, Glam was sold in 2017 after the company behind it built up debts of over £1.5 million - and later became STORY.

The club, which has a capacity of around 1,300 guests, boasts 5 bars, 2 club rooms, a VIP area and lounge, as well as a unique rooftop terrace.

It is also home to some of Cardiff's biggest club nights including 'Propaganda', 'Smack' and 'Bump and Grind' - formerly at Buffalo.

The Casablanca Club is a Cardiff institution.

The legendary club in what is now Cardiff Bay was one of the capital's most popular, and occasionally notorious, nightclubs and live music venues of the 1970s and 1980s.

From 1965, the Casablanca was a central space to congregate and share a love of music, drawing in famous artists from all over to perform, including Aretha Franklin, Jimmy Ruffin and Spandau Ballet.

After being demolished in the late 1980s, work is now underway to build 20 apartments on the site, which developers say the apartment block will be the city's first boutique, all-rental residential development. You can read more about that here.

On a night out, hundreds of clubbers would walk through the huge foreboding doors of this bar and descended the stairs to the dark netherworld below.

Playing a mixture of chart music and cheesy pop, the venue soon filled up with punters on a Saturday night and, due to its basement setting, got rather hot and sweaty.

Today, the site is home to gaming bar Kongs, where punters can drink, dance and play table football and classic '80s arcade games all in one place.

Just a stone's throw from the Principality Stadium, the bar shows live sport and also has live music, as well as happy hour offers and karaoke on Wednesday nights.

When Berlins was open, Church Street was Cardiff's most violent place, according to the police.

When it closed in 2004, police said assaults in the vicinity "virtually petered out."

It is now Vietnamese street food restaurant Pho, one of the many food and drink venues that have emerged on Church Street in recent years.

As well as small venues such as Cafe Citta and Santiago's, the small street is also home to the Botanist, Head of Steam, Honest Burger, Mowgli and new Venetian-inspired café bar Bacareto.

Zync on Mill Lane was another popular city centre venue but it was shut down in 2011 after it was branded by police as a hotspot for booze-fuelled violence.

South Wales Police asked for the venue's license to be reviewed when the force submitted a catalogue of violent incidents it had linked to the club, including a brawl involving 30 people in which five people were arrested and a police officer injured.

It reopened as Peppermint later that year, and the stylish bar has become one of the hottest spots in Cardiff for cocktails.

Open until 3am, the venue has a garden terrace as well as two resident DJs on two floors.

A hugely popular club in its day, The Square on St Mary Street was left empty for several years.

However, it later got a new lease of life as the UK's first Coyote Ugly bar.

Opened in 2016, the venue offers “beautiful girls and booze”, with waitresses – known as Coyotes – singing and dancing on top of bars.

The famous US bar chain marked the opening of the branch with its bar staff arriving on the backs of Harley Davidsons and performing trademark moves on the bar to hundreds of guests.

This St Mary Street wine bar closed down in 2008 after 20 years and was replaced by MBargo.

Today, it is home to All Bar One, with the Cardiff branch one of 52 locations across the UK.

As well as a vast selection of innovative and 'Instagrammable' cocktails, the bar also serves tapas-style plates as well as plenty of vegetarian and vegan snacks.

Another popular city centre venue, Scott's on Windsor Place closed at the end of 1999 in tragic circumstances.

The pub was left derelict for more than two years after 35-year-old Stuart David from Whitchurch fell 18ft to his death from a balcony at a Christmas party.

However, it reopened as Central Bar in 2002 after being taken over by Wetherspoons and remains as popular as ever among students and other punters.


To get the latest Cardiff news sent directly to your inbox every single day, sign up for our Cardiff newsletter here.