14 ships full of cargo unable to dock in Liverpool 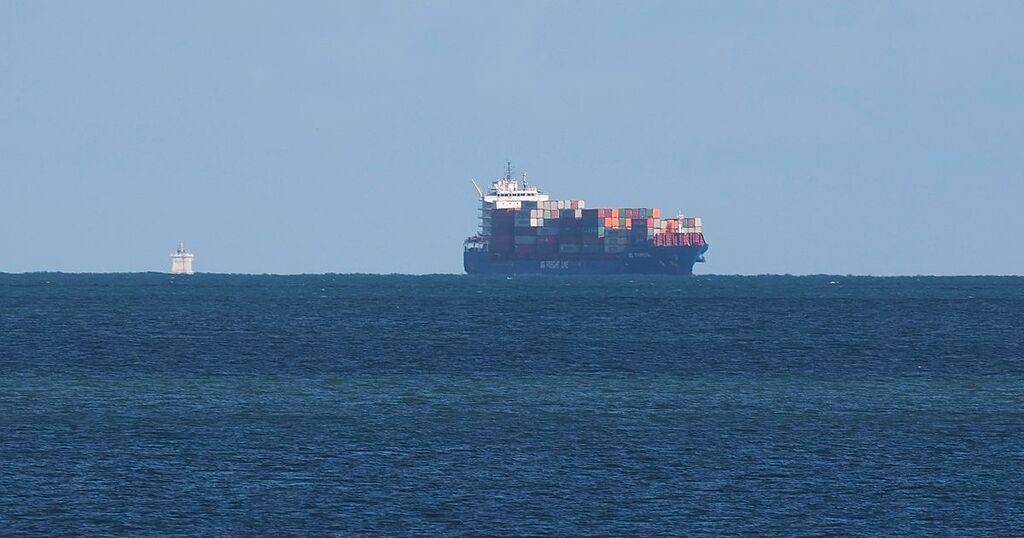 The vessels, including a dozen container ships, have been stationed in the Irish Sea off Anglesey's coast, reports the daily post.

The vessels range in size from the 62,000 ton Eagle Hamilton tanker which left Ingleside in the USA on September 17 to the 1,900 ton cargo ship Amadeus Aquamarijn.

Some of them were due to enter the Port of Liverpool over the weekend and have been held back due to the weather conditions.

High wind speeds over the past few days mean that certain port operations, including the manning of cranes, have come to a halt.

The ships are currently awaiting clearance for entry into their respective ports as things stand.

The Helmut, a Portuguese container ship travelling from Rotterdam in the Netherlands, was due to arrive at Liverpool at around 6pm on Friday.

It has been anchored approximately seven miles from Benllech ever since.

The San Alvaro container ship which set off from the port of Algeciras in Spain on September 25 was due to arrive at Liverpool at approximately 6am on Saturday but has remained at anchor for the past four days.

It remains unknown how long the ships will be anchored off Moelfre but the area is often used as a sheltered anchorage for shipping and also to await pilots for the short voyage into the Mersey estuary.

A spokesperson for Peel Ports, who run the Port of Liverpool, said: "It's weather-related. When winds are high occasionally, operations will halt and the ships will have to wait until the weather is in a safe operating period again.

"When wind speeds reach a certain limit then cranes have to stop operating for safety reasons and the ships will wait until they get clearance into the port, which is standard practice."