11 Middle Eastern restaurants in Dublin that will simply delight you 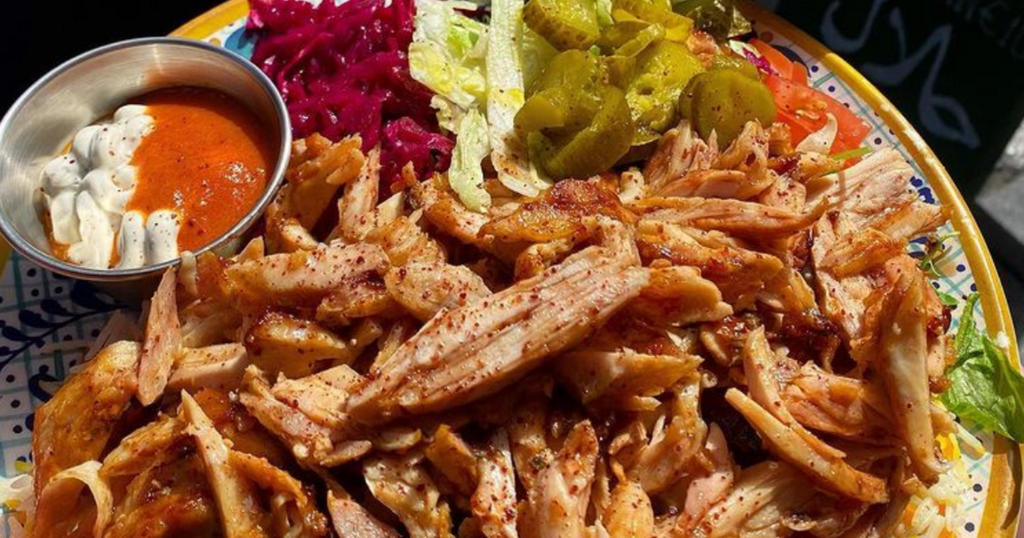 Upon any person's foodie adventures through the city for the most exciting and surprising cuisines, Middle Eastern food should not be missed.

The colours and the flavours make for one satisfying dining experience, with a whole load of restaurants in Dublin specialising in this exciting cuisine.

Expect spice, vibrancy and a journey to far off lands with these eleven Middle Eastern restaurants in Dublin.

Located on the Drumcondra Road (a minute's walk from Drumcondra Station), Shouk promises a feast from the Middle East like no other in the city.

In fact, their 'Middle East Feast', a taster menu of favourite dishes for a party of six, costs €34 per person.

Keshk takes inspiration from Egypt, Turkey and Greece to bring authentic flavours to Dublin in the form of dishes like Charcoaled Kafta, Lamb Moussaka, Shishtaouk and more. You'll find Keshk on Mepsil Road in Dublin 4.

Jerusalem Restaurant has been treating Dublin to Arabian cuisine since 2009. With dishes made from scratch in their Camden Street restaurant, specialities include Bamya, Mansaf, Makloubeh and Loubiye as well as a wide range of vegan and vegetarian options.

Silk Road Cafe is found in the Chester Beatty on the grounds of Dublin Castle, specialising in Middle Eastern and Mediterranean cuisine that reflects some of the countries featured in the museum. They focus on home-cooking with the freshest ingredients, serving up dishes like kebabs, soup and falafel that's made fresh each day.

Brother Hubbard has been a brunch favourite in the city for years with restaurants on Capel Street and in Portobello. Making food entirely from scratch, the restaurant is geared towards Middle Eastern food because it's a cuisine of dishes that are fresh and healthy.

Zaytoon may well just serve up Dublin's favourite kebab. With restaurants open for dine-in and takeaway in Temple Bar, Camden Street, Ranelagh and Swords Pavilions, it's a popular post-night out spot but the food is just as good when it comes to hearty lunch or indeed a Friday night takeaway.

Umi Falafel gets its name from the Arabic word for 'mother' because of the love and care they put into everything they serve. Their goal is to bring the hungry people of Dublin healthy, tasty and affordable food, and we think they succeed in that department.

The food looks as good as it tastes in this South Richmond Street restaurant. Serving authentic Lebanese food in a friendly atmosphere, expect freshly made falafel, mezze, Lebanese pizza and more delightful dishes.

Named after the beloved Middle Eastern dish, Shakshuka is found in Rathmines serving Palestinian Soul Food in the form of vegetarian mezze, falafel platters and other deliciousness.

Never before has a restaurant done what it says on the tin so well. Looking for falafel? You'll get it in Falafel. You'll also get favourites such as Shawarma, Shish, Lamb Kofta and tasty bits from the grill at their Temple Bar restaurant.

The Cedar Tree is located on St Andrew's Street and is actually the oldest Lebanese restaurant in Dublin. The restaurant's a la carte menu features freshly made hummus in various forms as well as Shawarma, Spiced Seabass, Chilli Prawns and loads more. There's almost too much to choose from.

For all the latest breaking news straight to your inbox, sign up to the free Dublin Live newsletter.