The communications of about 1,200 IDF soldiers were examined and 10 officials were questioned after information about Israeli strikes on Iranian ships was leaked to The Wall Street Journal last year.

The WSJ reported at the time that, since 2019, Israel had targeted at least 12 vessels headed to Syria that were mostly carrying Iranian oil, citing US and regional officials.

"About a year ago, it was reported that information about a military operation in an enemy state had been leaked to foreign media before the operation was carried out," the IDF spokesperson said.

According to the report, Israel used a variety of weapons, including water mines to strike Iranian vessels and vessels carrying Iranian cargo.

"Following this, a security investigation was immediately opened to locate the source of the leak and whether it originated in the IDF," the spokesperson added.

The Movement for Quality Government in Israel had petitioned the government to conduct a criminal investigation into how the information about the strikes was leaked, but the State Attorney had decided not to open an investigation into the incident.

The WSJ report did not cite Israeli officials and no claims were made after it was published that the report was based on leaks by Israeli sources. The document and statement published by the Movement for Quality Government in Israel were the first indications that the report was connected to leaks from within Israel.

The movement additionally stated that it is estimated that the leak was by an Israeli source and that the report harmed Israel's naval campaign against Iran.

The IDF stated that no indications of the source of the leak were found during the security investigation.

It was also found that not all those exposed to the information signed a confidentiality statement.

Following the findings, recommendations were formulated and guidelines were refined among all those relevant in the IDF, and these are already being implemented today.

The State Attorney stated that it had received information on the incident from the IDF, Shin Bet and Mossad and while the IDF warned that the potential for damage to Israel's security interests was very serious, there was no indication that any actual damage was caused. The Mossad stated that it was also unaware of any security damage that was caused by the leaks.

The State Attorney added that he had decided not to open a criminal investigation into the leaks for a number of reasons, including an inability to figure out how many people were exposed to the relevant information and the lack of any actual damage to national security.

"It is very doubtful if an investigation that would be opened would lead to suspects or significant evidence, and it seems that the large number of people from the various organizations that were part of an operation like this who were exposed to the secret, without orderly registration or documentation of who was exposed to the secret, leads to the conclusion that the chances of such an investigation are low," wrote the State Attorney.

The State Attorney additionally noted that the IDF conducted an internal investigation which aimed to judge the behavior of military officials on the subject of confidential information. The investigation examined the communications of about 1,200 soldiers and surveyed 10 relevant IDF officials.

"Unfortunately, we are once again witnessing the disintegration of the prosecution institutions from their clear duty to investigate and bring to justice those who preferred their political good over the security of the State of Israel. It is not possible for the security of our soldiers to be abandoned, we will demand the exhaustion of investigation procedures and we will insist on it in the High Court," said the Movement for Quality of Government in Israel.

About a month after the WSJ report, The New York Times reported that Israel had notified the US that it was responsible for an attack on the Saviz, an Iranian cargo ship used by the Islamic Revolutionary Guards Corps (IRGC) for intelligence gathering. The leak of the information sparked outrage and calls for an investigation into the matter by Israeli defense officials at the time.

Haaretz reported at the time that the individual who leaked details about the operation asked the reporter to wait on publishing it after it was postponed by a day. The operation was classified as high-risk for the soldiers involved. 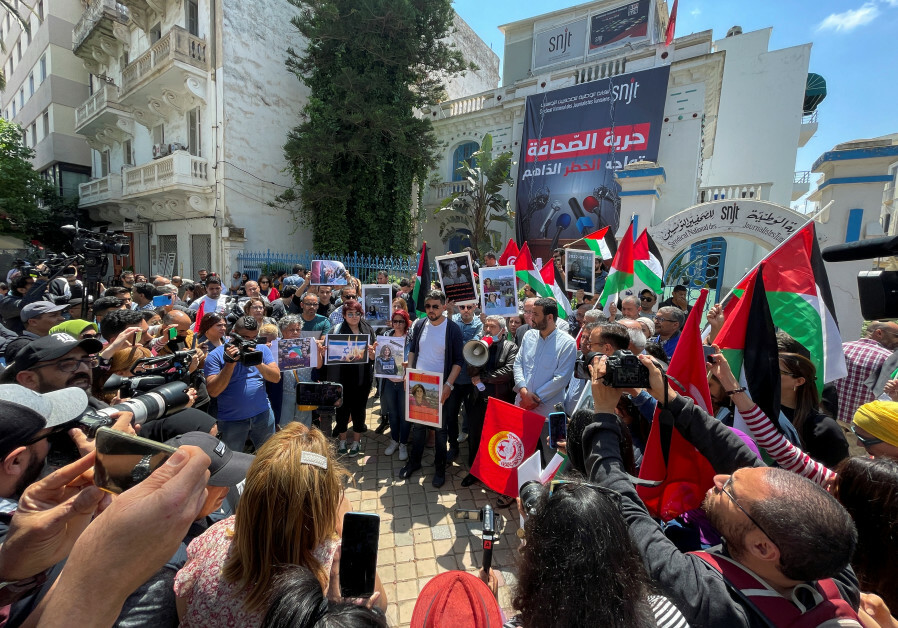 The Jerusalem Post
One subscription that gives you access to news from hundreds of sites
Israeli, Palestinian initial forensics can't determine who killed journalist in Jenin

51-year-old dual American-Palestinian Abu Akleh, from Beit Hanina, was struck by a bullet to the head while covering an IDF…

On the strategic level, Israel’s limited success can be attributed to the coordination, timeliness and engagement on traditional and social…