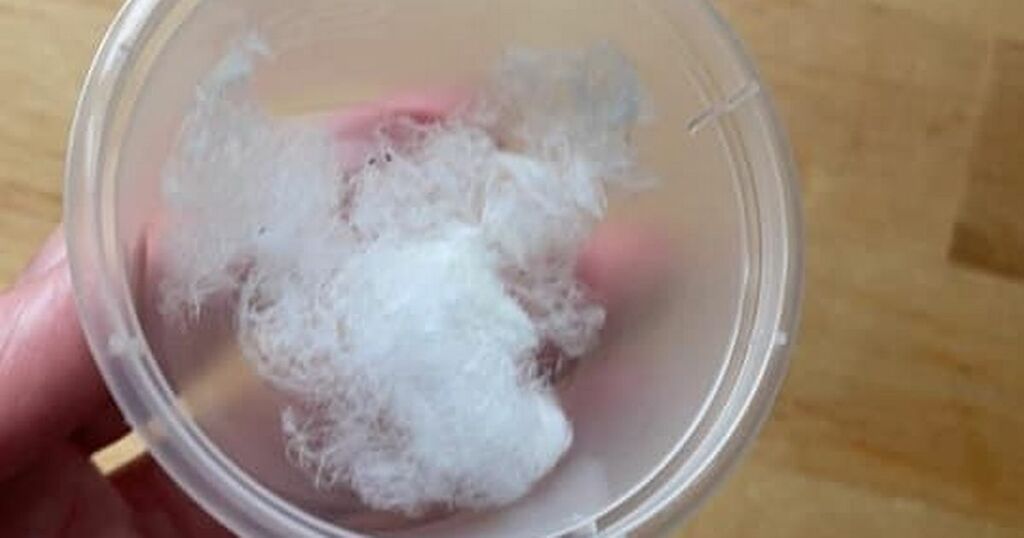 Bemused residents living next to a Stirling factory woke to find “balls of cotton wool” in their gardens.

Colquhoun Street residents contacted the Stirling Observe r last Thursday (September 2) to say that the white substance had started to appear in the area that morning.

Soot, they added, was also a problem – and pointed the finger at the nearby Superglass factory which manufactures glass wool insulation.

Watchdog SEPA this week confirmed that Superglass, which employs 170 people at the factory, was behind recent soot and white cotton wool deposits, but were confident they had not caused “significant” environmental impact.

The deposits follow complaints made about noise from the plant last year which residents had described as “a constant drone”.

“The soot I’d say has been pretty constant during that time, but I’ve not seen the white cotton wool for a while, I’m guessing, about 30 years.

“Last Tuesday about tea time there was thick black smoke coming from the Superglass chimney. I’ve not seen smoke like that at that time of day before. It’s unusual.

“On Thursday morning white cotton wool was everywhere – in my garden, paths, decking, you name it.

“I want to find out what this is all about.”

Neighbour Nina Luti said: “We regularly find a film of dust on our cars and now we have this white cotton wool-like substance.

“People are worried it could be a health hazard. They are worried about what they are breathing in.”

A spokesperson from Superglass said: “As a long-standing participant in the local community, Superglass is committed to maintaining a strong working relationship with neighbours and stakeholders. “On [Tuesday] August 31 there was a small process fire in the curing oven generating some soot.

“The fire was identified and managed within fifteen minutes. These are relatively uncommon events in the manufacturing process. At the time, we notified Scottish Environmental Protection Agency (SEPA).

“The reported wool deposits are currently being analysed by SEPA and we await the results of this analysis.

“Once we know these results, we will work with our local stakeholders to resolve any issues, if appropriate.

“On some previous occasions where deposits have been reported, independent analysis by SEPA has shown these not to come from the factory.”

A SEPA spokesperson said this week: “We have received reports of black soot falling on cars in an area of Stirling, as well as a white wool material in the same area.

“SEPA officers have attended and determined the source as the nearby Superglass factory.

“We are now deciding on any appropriate enforcement action to be taken and are working with Superglass to ensure the incident is not repeated. “We are confident that this will not have caused any significant environmental impact.”

Chairman of Braehead and Broomridge Community Council Hugh McClung said this week: “We are aware of long-standing issues like soot and noise and had a meeting with Superglass and SEPA earlier this year.

“However, we are now considering that a public meeting would be the best way forward.”

Two years ago Superglass completed a £37m re-development of its Springkerse manufacturing site.

The investment, announced in 2017, had been the largest in Scottish engineering and manufacturing in recent years.

It doubled the Thistle Industrial Estate site’s capacity to around 60,000 tonnes of glass wool insulation annually, creating 20 new jobs, and followed the £8.7m takeover of Superglass in 2016 by TECHNONICOL, which is the largest manufacturer of construction materials in Russia and Eastern Europe.