Your guide to the weekend GAA action

*Extra-time and pens if necessary

An intriguing repeat of their 2020 semi-final, when Conor Sweeney’s touchline stroke of genius forced extra-time and paved the way for ultimate Munster glory. They were almost inseparable then but Limerick have progressed further in the 18 months since. Tipp must win to avoid the Tailteann Cup but Billy Lee’s men, steeled by their dramatic penalty triumph over Clare, have momentum.

No chance that Cheddar will give Henry Shefflin the silent handshake treatment here – the Laois boss has enough on his plate trying to sort out his sieve-like defence.

Joe Fortune’s rank outsiders have already offered brave resistance on home turf, against Kilkenny and Dublin, and will hope for more of the same. But Wexford can’t afford to slip up and they won’t.

Dublin craved a Donnycarney statement in March only to suffer a bruising 13-point defeat. How much has changed since? Well, Mattie Kenny’s men are motoring well, but the two biggest challenges await. The Cats have lost in Galway (don’t mention the war) and another slip-up here would mean they have to beat Wexford to stay in the race.

A critical game likely to decide who joins Antrim in the final. It could be fraught, and close.

At home, Carlow have to win to keep their slim final hopes alive.

Tyrone faced the more daunting semi-final but the brilliance of Ruairí Canavan (yes, another son of Peter) helped them to squeeze past Kerry. They can expect another fierce examination from Leinster’s finest.

Their respective results against Dublin tell you all you need to know about the gulf that now exists here.

A fascinating chess battle on paper, whose outcome could remain a mystery most of the way. Derry’s belief in Rory Gallagher’s methods have received the ultimate boost – an 11-point thrashing of the All-Ireland champions. On the same weekend, Monaghan made light work of a hopelessly bereft Down. They’ve survived (again) in Division 1, and Banty’s varied inside options can pose far more of a threat than Tyrone’s blunted attack. Enough to win it? Only just.

Straight up, Westmeath should have won this fixture last summer. Equally straight up, their 2022 form has been hit-and-miss whereas Kildare, under Glenn Ryan, are showing more intensity, energy and scoring prowess.

The Royals’ rousing second-half comeback last July masks how totally outclassed they had been in the first half. That game hinted at Dublin’s spectacular 2021 decline; but with Brian Fenton and Con O’Callaghan in the groove against Wexford, they appear to be edging back to a better place. And if that’s true, Meath won’t last the pace.

The Rebels are on the brink of falling – who would have thought it last August? Maybe impending doom will ignite something deep within them against the Déise; but they are facing a serious outfit who can’t afford a slip-up either, so we’re not banking on a Cork win.

Brian Lohan’s Banner have been the surprise act, so far. We’ll know more about their credentials tomorrow, even if a Limerick side already sure of top-three qualification could be excused falling shy of their usual tunnel-vision focus.

Results don’t lie. Nor will this one.

The Tribeswomen are going for a (long-delayed) four-in-a-row but, in their February league meeting, Mayo went goal-crazy. 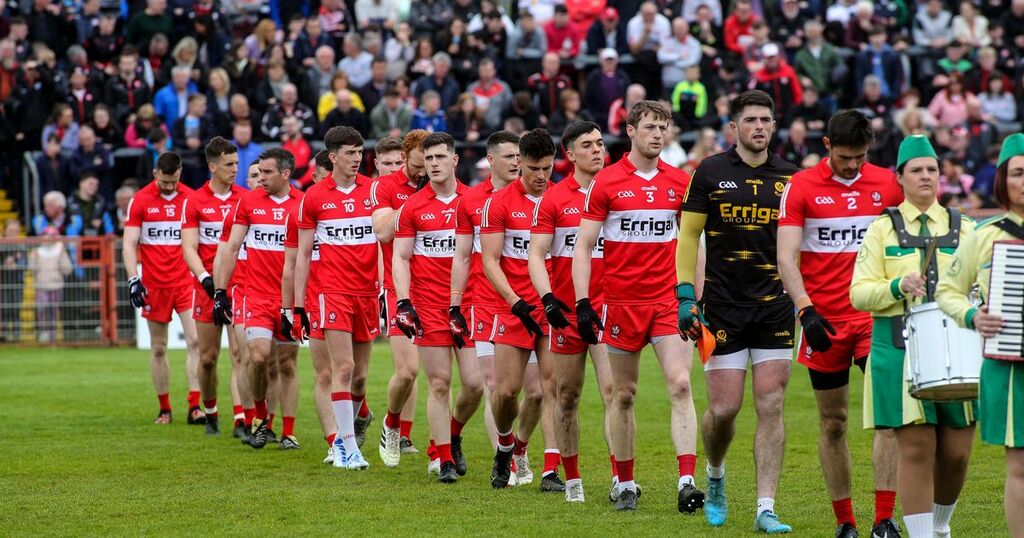