Written in the stars: the new golden age of must-read TV

Be prepared to hear an awful lot about one TV show in particular in the coming days. Conversations With Friends, adapted from Sally Rooney’s debut novel, is likely to do fairly brisk business when it lands on Irish screens next week, and with good reason.

Thanks to Rooney-mania, the series has a built-in audience curious to see how the Irish writer’s erudite book translates to screen. Or rather, whether the TV adaptation boasts the same elan as director Lenny Abrahamson’s previous series based on Rooney’s second book, Normal People.

The rise of ‘must-read TV’ is a no-brainer. Many book titles have a tried-and-tested readership already in place.

The film criticism site Rotten Tomatoes listed over 125 literary adaptations in development last year. According to data from Publishers’ Marketplace, the number of TV adaptations is growing closer to the number of original TV series.

And in the golden age of streaming, a multi-episodic series can do serious justice to a nuanced plot or complex characters. In some of the best cases, the themes and issues touched on in the novel can be neatly expanded on with a decent series. Here are some of the better page-to-screen projects.

The show won eight Emmy awards, including Outstanding Drama series. A film version of the novel, starring Natasha Richardson, Faye Dunaway and Aidan Quinn was created in 1990. In more recent series, the plot has moved beyond the confines of the original novel’s story, with Atwood’s blessing. Available to watch on All4.

Reese Witherspoon has turned her Hello Sunshine production company into a billion-dollar empire, after realising that Hollywood actresses were crying out for solid, multi-faceted parts.

Among her greatest adaptation success is this two-season triumph, set in middle-class Monterey and focusing on a cluster of school run mums who become embroiled in a murder investigation. The acting by stalwarts like Nicole Kidman, Meryl Streep and Witherspoon herself was considered top notch. Available to watch on NowTV or Amazon Prime.

St Aubyn’s semi-autobiographical novels, detailing a man overcoming drug addiction by facing up to the abuse meted out by his father, created an iconic character for Benedict Cumberbatch.

He rose to the occasion with a phenomenal performance; the show scored an impressive 80/100 on film critic site Metacritic and scored two BAFTAs. The series was bolstered by a stellar cast, including Jennifer Jason Leigh, Celia Imrie and Hugo Weaving. Available to watch on Now TV.

Netflix scored big with its fresh and extremely sexy look at the tried-and-tested Regency period drama. With Shonda Rhimes in the producer’s seat and the deep pockets of Netflix at her disposal, the end result is credited with everything from the return of corsets to a wave of similarly raunchy TV offerings.

It became the most-watched English-language series on Netflix at the time. Bridgerton has also made superstars of its cast of relative unknowns, among them Phoebe Dynevor, Regé-Jean Page and Galwegian Nicola Coughlan. Available to watch on Netflix.

5. Game Of Thrones (originally written by George RR Martin) Arguably one of the most successful page-to-screen leaps of all time, GoT attracted a record viewership for HBO.

Set on the fictional continents of Westeros, Sothoryos and Essos, the show seemed to capture a true zeitgeist moment. The show, which was partly filmed in Belfast, has long been praised for its fine handling of the characters, story and scope, and is the proud recipient of 59 Emmys to date. Available to watch on Now TV.

6. Orange Is The New Black (originally written by Piper Kerman)

After being indicted on charges of felonious money-laundering activities, Piper Kerman wrote a memoir about her time at FCI Danbury, a minimum-security federal prison.

Under showrunner Jenji Kohan’s steerage, Netflix’s Orange Is The New Black became a searing commentary on violence against women and judicial bias against women. The series also touched on themes like sexuality, trans identity, race relations and class, and became something of a cultural trailblazer. Available to watch on Netflix.

Killing Eve may forever be associated with the sharp pen of Phoebe Waller-Bridge (and Oscar winner Emerald Fennell, who wrote the second series), but the slick spy thriller originated with Jennings, a Booker-nominated author.

Some argue that the franchise was destined for the screen treatment, and those who enjoyed Jodie Comer and Sandra Oh’s smouldering performances — not to mention amazing costume design — would likely agree. Available to watch on RTÉ Player.

The adaptation of Tevis’ 1983 book hasn’t been without its challenges: Nona Gaprindashvili, the Georgian chess master that the book and series are based on, hit Netflix with a $5m defamation lawsuit, alleging that a line in the TV series referring to her real-life success was “manifestly false, as well as being grossly sexist and belittling”.

That aside, the story of a fictional chess prodigy who battled drug and alcohol dependency on her rise to the top was well received critically. Anya Taylor-Joy became a breakout star. Available to watch on Netflix.

Jane Austen’s work has received the screen treatment time and time again, although it’s agreed that the BBC’s adaptation in 1995 (starring Jennifer Ehle as Elizabeth Bennett and Colin Firth as Mr Darcy) was a watershed moment for the canon.

The Guardian breathlessly described the iconic scene of Firth in a wet shirt as “one of the most unforgettable moments in TV history”. Meanwhile, the series was acknowledged for not only turning Firth into a heart-throb, but for kickstarting Helen Fielding’s Bridget Jones series. Available to watch on Netflix.

This 2022 series, based on the coming-of-age graphic novel, boasts a rare distinction: 100pc approval rating on the review aggregator website Rotten Tomatoes.

Critics and audiences alike have fallen for the heart-warming portrayal of young LGBTQ+ love, as played out between schoolboys Nick (Kit Connor) and Charlie (Joe Locke). Within a week of its release on Netflix, the series had garnered a reported 23.9 million hours’ worth of viewings. Available to watch on Netflix. 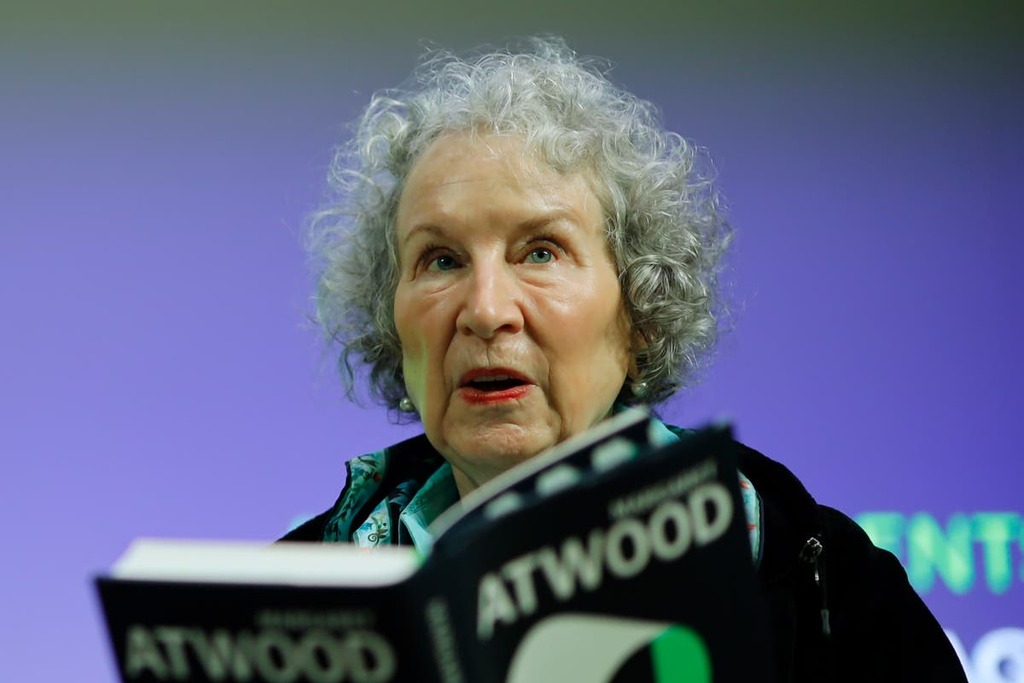 Margaret Atwood compares forced childbirth to ‘slavery’ amid Roe v Wade row
Author’s comments arrive after many compared potential overturning of abortion law in the US to the themes in her novel,…

Netflix period drama Bridgerton stormed back onto the platform over a year after the first season dropped, with the Regency…

Daily Mirror
Heartstopper and the Era of Feel-Good, Queer-Teen Romances

More stories about young people in love are embracing sweetness and looking beyond straight audiences.