Worker killed and others trapped after scaffolding collapses in Hong Kong 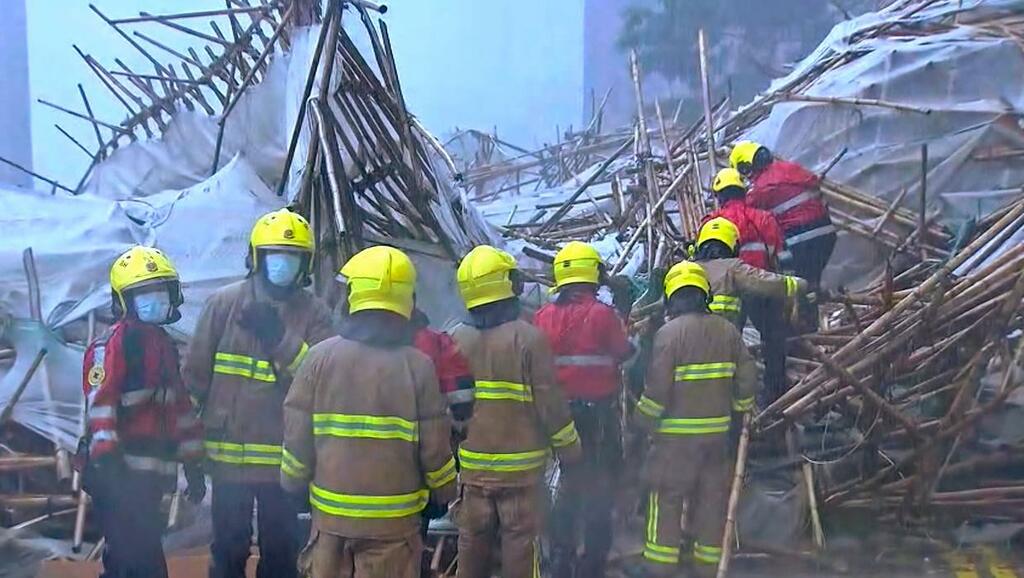 One worker has died and others are trapped after a major rainstorm blew bamboo scaffolding off the side of a building under construction in Hong Kong, officials said.

The Chinese territory was battered by heavy rain and high winds as other parts of the country also experienced dangerous weather conditions from Tropical Storm Lionrock.

Local media reported that construction workers and several other people trapped in two cars were rescued by emergency workers after the scaffold collapsed.

The Hong Kong Observatory reported that the storm was south west of the regional financial hub, which has a population of 7.5 million.

It said outer rain bands associated with Lionrock would continue to bring widespread heavy rain to the coast of Guangdong province, across the border in mainland China.

It also issued warnings of stormy seas and possible flooding.

The island province of Hainan, south of Hong Kong, and other parts of the southern coast were also preparing for the storm.

Elsewhere in China, the Ministry of Natural Resources and the China Meteorological Administration issued warnings of possible landslides and flooding in the north and west, including the provinces of Shanxi, Sichuan, Shaanxi and Gansu.

A flood warning was also issued along the middle and lower segments of the Yellow River, China’s second-longest, which has a long history of bursting its banks but in recent years has seen water levels drop considerably because of overuse.

This year has brought unusually wet weather to much of China’s central and northern regions, with torrential rain and flooding in July causing the deaths of at least 292 people in Zhengzhou, a major city in the central province of Henan, including some trapped in the city’s subway.

Seasonal flooding strikes large parts of China each year, especially in its central and southern regions.

China’s worst floods in recent years were in 1998, when more than 2,000 people died and almost three million homes were destroyed, mostly along the Yangtze, China’s biggest river.