Why Munster won’t rip up script despite RG Snyman blow 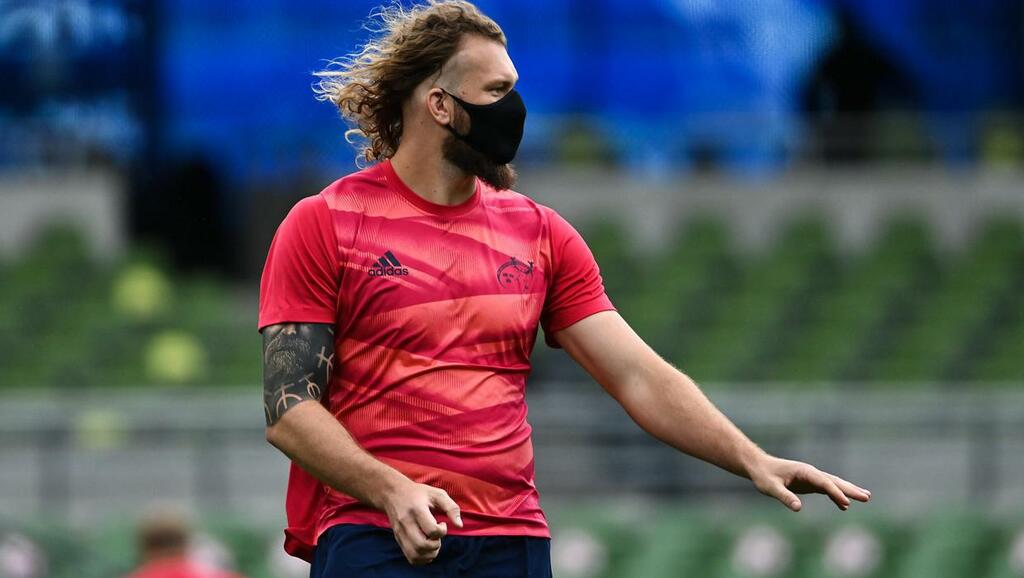 Munster have had to get used to not having RG Snyman available since he first arrived in Limerick last year, but there is no doubt that a large part of this season’s ambitions rested on the South African’s broad shoulders.

For all that Snyman’s absence will be sorely felt over the coming months, particularly when it comes to the business end of the season, Munster are determined to not rip up the script in light of what is a huge blow.

Countless hours, on and off the training pitch, have gone into working on the evolution of the game-plan and despite Snyman having been a central part of that, it is now up to others to help fill the void.

Fineen Wycherley has started the campaign well, Jean Kleyn has picked up where he left off last season and Thomas Ahern is showing why there is so much excitement around his potential, while Tadhg Beirne is on the verge of making his return following his extended break.

Had Snyman been fit, it would have been fascinating to see where the Munster coaches saw Beirne fitting into the team, particularly after the Lions primarily viewed the Kildare man as a back-row rather than a lock.

As it is, any temptation to switch Beirne to the blindside may be shelved for now, as Munster are down a significant body in the second-row.

Like his fellow South African lock Snyman, new signing Jason Jenkins has endured a luckless start to his time at the province, as he picked up a thigh injury in training last week having only just recovered from a shoulder problem.

For the Munster coaching staff, it’s all about dealing with the setbacks as best as possible without losing sight of the bigger picture, given how easy it would be to press the panic button after Snyman re-ruptured his ACL last weekend.

“We as coaches have put out a plan with the squad following that plan,” defence coach JP Ferreira said.

“If you look at sides like Racing 92 or the other big French sides that have got huge players.

“One guy getting injured isn’t such a big loss because they just bring in another guy. So, yes, size does matter, but equally, for guys coming into the squad, that’s what we want to strive for and get better, week-in, week-out, for the guys that step into that role, that he does the exact same job.”

Ferreira confirmed Snyman will stay in Ireland to undergo his rehab programme, as he faces another long road to recovery.

However, having been down this same road in the last year, it begs the question: will it be easier or more difficult, considering the 26-year-old knows what lies ahead?

“I think it goes both ways,” Ferreira reasoned. “It’s difficult and gutting because it has happened again for him. So he will be going, ‘Jeez, could I have done more?’

“He is feeling like he needs to be involved and he doesn’t want to go home and sit around waiting for his next rehab session.

“He will be more on board with us and that will keep him fresh and keep him up to date with things we are changing and evolving.

“I think then, obviously his personal side of it, he will train hard and get back stronger. It’s also a motivation for him to get back again.”

Professional sport is a ruthless business and with Snyman out of contract at the end of the season, Munster have a big decision to make.

From a player’s perspective, Kleyn insisted everyone in the squad wants the Springbok star to remain at the province next season.

However, with a United Rugby Championship inter-pro clash against Connacht to come at Thomond Park on Saturday, Munster must quickly shift their focus.

“He’s a giant, can I say that, around the squad and yes, the lads really look up to him. He brings a great energy and vibe around him. Guys are gutted,” Ferreira added.

“We have acknowledged that yesterday (Tuesday) when we came into training, but that’s put aside now.

“We are just carrying on with what we have to do.

“We are right behind him, everyone in Munster is around him to get him sorted again.”