Why Irish athletics is going backwards in a hurry

Irish athletics is in danger of becoming entirely irrelevant at the top level. Sport Ireland’s report on the Olympics confirmed that the Tokyo games were a disaster for the former jewel in the crown.

It’s time for some serious soul searching by those in charge of athletics. The Tokyo debacle may well have a knock-on effect which leads to worse performances in the future.

At the Rio Olympics, with a much smaller team, Irish athletes had two top eight, seven top 16 and seven top 24 places. At a time when the overall Irish performance was the best since 1996, Irish athletics went backwards at a rate of knots.

The upshot is that the sport has lost its position at the head of the high performance funding table, slipping to third behind Rowing and Paralympic sport.

Until 2024 its funding will be effectively frozen at the 2021 level. Meanwhile, rowing has been granted an increase of almost half a million a year while there are also six figure increases for Paralympic sport, hockey, equestrian sport, swimming, gymnastics, rugby, badminton, cricket, judo and taekwondo.

Another result of the underwhelming Tokyo display is that no Irish athlete will receive the highest level of funding of €40,000 a year. Seven Paralympians, six rowers, four boxers, a sailor and a gymnast will.

Athletes may feel hard done by but on the face of it Sport Ireland had little option. Because while there are regular complaints that high performance sport is poorly funded here by international standards, we’re not getting an optimum return for the money invested.

Countries with a similar population to ours aren’t just winning more medals than us, they’re getting better value. We spent €7.48m per medal at last year’s Olympics and Paralympics. Belgium, which got twice as many medals as us, spent €5.9m. New Zealand (€6.1m) won almost three times as many, 11 medals in Tokyo to our four.

In those circumstances, you could hardly blame Sport Ireland for regarding athletics as a funding black hole. The new top dog is being rewarded for achievement. Before the Rio games rowing was eighth in the funding table.

Partisans of athletics would say it’s much more difficult to win medals in their sport than in rowing. But this is a double-edged argument. If athletic success is that difficult, why not focus funding on sports more likely to produce medals instead?

In any event the oft made assertion that it’s impossible for athletes from small European countries to medal at major championships doesn’t hold water. Norway won golds through Jakob Ingebrigtsen in the 1500m and Karsten Warholm in the 400m hurdles and a silver in the hammer thanks to Eivind Henriksen.

It’s somewhat surprising that criticism of the Tokyo meltdown was so muted at the time. Sonia O’Sullivan, bemoaning what she saw as inadequate Irish preparation, was a voice in the wilderness.

The Irish media, myself included, pussyfoots around athletics to a certain degree. The demands on the competitors are so great and the competition so tough we’re reluctant to call out failure. But accentuating the positive has become counter-productive.

Predictions that great things may be in the offing at a major championships are regularly followed by a string of disappointing displays. Our well-meaning optimism only contributes to public cynicism and indifference. Perhaps the most discouraging thing about last week’s indictment of athletics was that it had little impact. Few care anymore.

That’s a pity. The late great Jerry Kiernan was right to insist that athletics should not be downgraded while we search for easier Olympic pickings elsewhere. Athletics is a centrally important part of our sporting tradition. It’s painful to see it drift down the pecking order.

Kiernan could seem harsh in his criticisms, as O’Sullivan did last summer. But both saw the long-term consequences of underperformance.

The sad thing is that Sport Ireland’s big knockback comes at a time when there should be genuine cause for optimism about the future. Last year saw remarkable displays at the under 20 European athletics championships by a trio of exceptional talents. Victories by Dublin’s Rhasidat Adeleke in the 100m and 200m, Longford’s Cian McPhillips in the 1500m and Tyrone’s Nick Griggs in the 3000m gave Ireland four gold medals after we’d won just three in the previous 25 championships combined.

All three have the potential to create great Irish sporting moments in the future. So do silver medallists at the previous championships, middle distance runner Sarah Healy and heptathlete Kate O’Connor.

There are others but it remains to be seen whether Athletics Ireland can maximise their potential. The early portents are not good. O’Sullivan correctly derided the decision not to select Adeleke for the Olympics as “one of the worst decisions in the history of Irish athletics,” while the former world champion believes that Healy’s disappointing performance in her first Games resulted from the athletes being sent to Tokyo too early.

The stakes will be very high for Irish athletics at the Paris games. Another misfire will likely lead to the sport becoming even less of a funding priority. It’s time for Athletics Ireland to take a long hard look at itself.

Six years ago the sport enjoyed one of its great feelgood moments. On the last leg of an intervarsity 4 x 400m relay, Bandon’s Phil Healy overhauled an 80m deficit. The clip of her doing so went viral, not least because of the commentator’s famous “UCC from the depths of hell,” line. It seemed to epitomise everything that was good about Irish athletics.

The commentator was Cathal Dennehy, an outstanding journalist and the best media friend the sport has in this country. Last year Athletics Ireland, apparently miffed by some mild criticism on his part, axed him from commentating on their events. Such hypersensitivity bodes ill for the prospects of meaningful change.

Yet change is essential. Because if the Paris performance is like that in Tokyo, Irish athletics may slide down the funding table to an extent which makes recovery impossible.

A Cork loss to Waterford today won’t just spell the end of the Rebels’ championship hopes, it’ll also represent an overturning of the traditional hurling order.

When the Munster round robin system debuted in 2019 few would have thought it possible that we’d see Cork and Tipperary become the two bottom teams. The two giants had won seven of the previous eight titles and only five Munster finals in the previous 40 years featured neither of them.

On none of those occasions were Cork and Tipp the two weakest teams in Munster. You have to go back to 1974, when Waterford beat Cork and Clare beat Tipp, for the only other time in history this might have been the case.

The current system provides a more accurate measurement of merit. So if Kieran Kingston’s side fall short today, we may be witnessing something which has never happened before in Munster hurling.

The possibilities of such a seismic occurrence should provide extra motivation for both sides in what promises to be a cracker.

American sport is a lot more international than you’d think. Serbian Nikola Jokic of the Denver Nuggets was just named NBA MVP for the second successive year after a brilliant season with career best points and rebounds averages.

That’s four in a row for Europe after Greece’s Giannis Antetokounmpo of the Milwaukee Bucks’ previous two on the trot.

Meanwhile, Venezuelan jockey Sonny Leon produced one of the greatest rides in Kentucky Derby history last weekend to bring 80/1 shot Rich Strike from way off the pace to win by three quarters of a length. Only one of the last 12 winners has been ridden by a jockey from mainland USA.

Reigning MVP in baseball’s American League is Japan’s Shohei Ohtani who hit two home runs as his Los Angeles Angels beat the Tampa Bay Rays on Tuesday. Ohtani is equally adept with bat and ball. The previous week he pitched a ten strike out no runs conceded winning game at the Boston Red Sox. 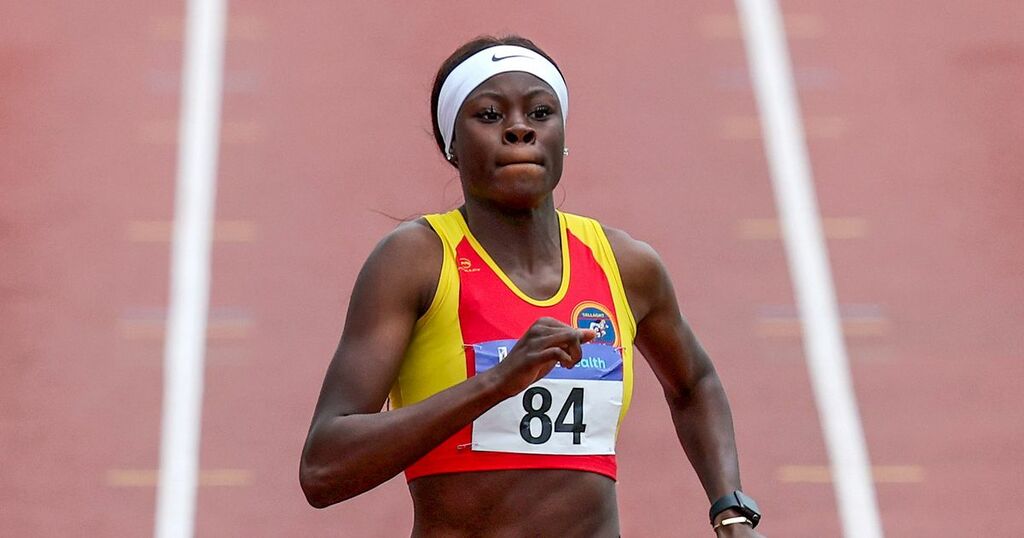 Teenage sensation Rhasidat Adeleke breaks another Irish record with stunning run in the 400m
Still only 19, the Dubliner is now the fastest Irishwoman ever at 60m, 200m, 300m and 400m

Irish Mirror
One subscription that gives you access to news from hundreds of sites
Hurling standings: The permutations ahead of next week's action in Leinster and Munster championships